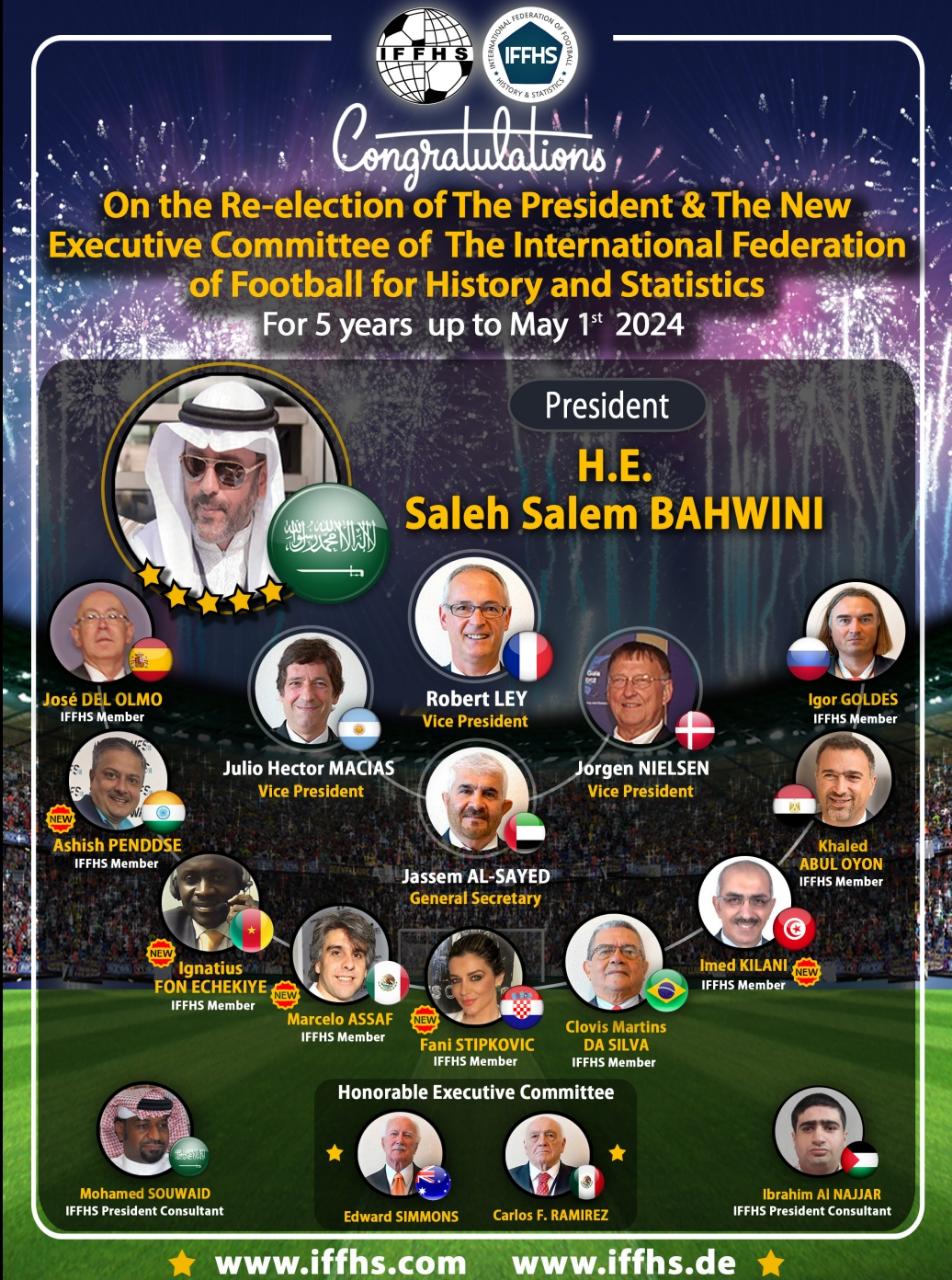 H.E. Saleh Salem Bahwini is reelected as President of the International Federation of Football History and Statistics (IFFHS) for the second time in a row.

The elected executive committee honours its specialized elite sport world giants in the field of history and statistics in football.

The former Saudi player Mohammed Souwaid and the Palestinian Ibrahim Al-Najjar were appointed as the president’s Consultants.

This victory came in the wake of the great efforts accomplished through the President H.E. Saleh Salem Bahwini’s last five presidency years (since March 23, 2014,) that renovated the international federation. Many achievements contributed with the revival of this International Federation, promoted and consolidated its global status among the world while embracing the legends and football stars in the world. Furthermore, he activated the Federation’s role in the development of international football through many of the activities, stating some:

– Developing and adopting a clear strategy for the International Federation of Football History and Statistics.

– Issuing all the official documents and licenses enabling the exercising the (IFFHS)Federation’s functions and official objectives in all countries of the world.

– Reforming and developing the International Federation’s constitution and its formal adoption by the Swiss Government and its international status.

-Establishing the largest social networking site (FOOTBALFAMILIES) for all football fans and star players in the world.

-Contribution and participation of the executive committee in many international forums.

– Launching the official website of the International Federation of Football for History and Statistics www.iffhs.com, www.iffhs.org April 2014.

– Prelude, launch, and sponsorship of the online journal www.iffhs.de April 2014.

– Issuing and publishing the annual journal of the International Federation of Football History and Statistics since 2014.

– Participation in the Soccerex exhibition in Manchester, 2015.

– Participation in the Pachuca Conference and Gala of “Football Legend” Players in Mexico City, Mexico, November 2015.

– Participation as members at the United Nations Conference in Nairobi, Kenya, as the Conference’s Official Spokesperson and Official Participant in Building the World’s Development and Economy under the UNCTAD 2016 Program. Joining an agreement with the United Nation to establish joint cooperation.

– Participation in the African Nations Cup for Women’s Football in Cameroon 2016.

– Participation in the finals of the African Nations Cup for Men in Gabon 2017.

– Participation in San Marino’s State Conference 2017, which included a visit and inspection of the sports facilities in Rimini city, Italy.

– Meeting with the Chinese Football Association held in Shanghai, May 2018. 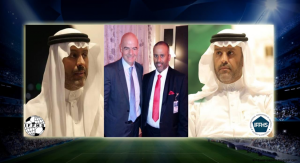