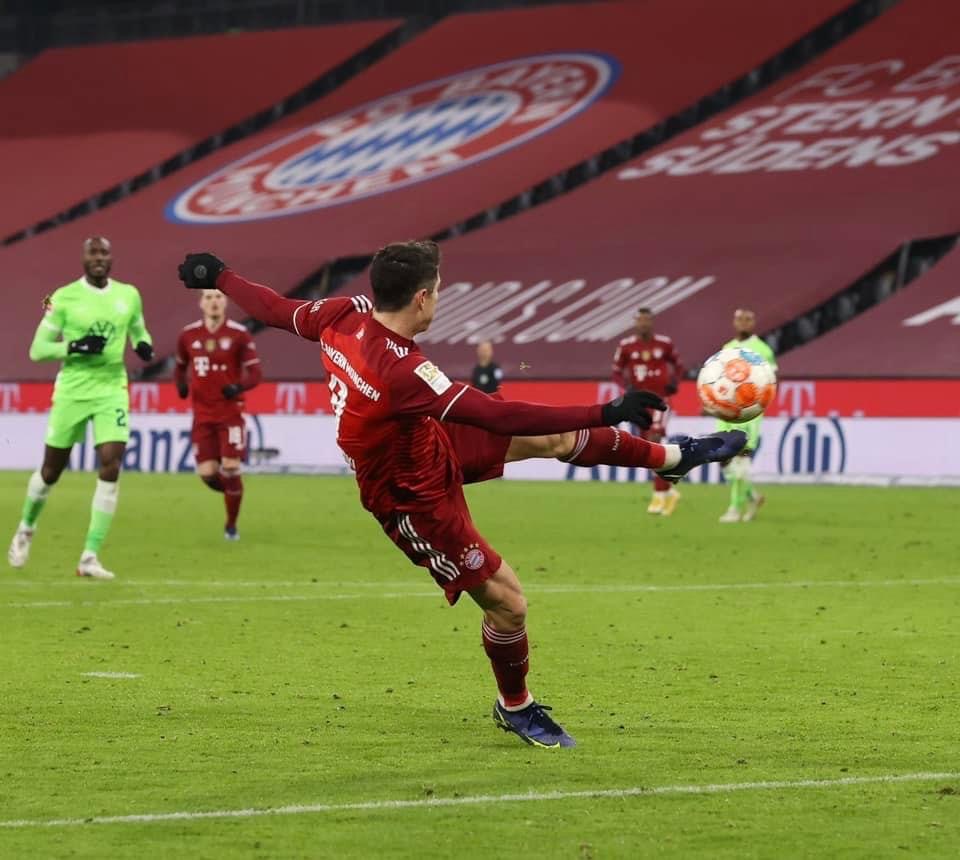 LEWANDOWSKI WITH MESSI AND RONALDO !

Lewandowski: 2nd annual result in XXI century!On December 17, Robert Lewandowski has played his last match in the finishing year (Bayern - Wolfsburg 4-0) and not left the pitch without a goal again.Thus, he ended 2021 with an epic result of 69 goals in all official matches for the club and national team. This is the second annual result in the world football in XXI century. Cristiano Ronaldo scored the same number in 2013. Only Lionel Messi stands above with his incredible 91 goals in 2012.Now there are 7 cases over the century when a player scored 60+ goals in a calendar year. All 6 previous are Cristiano Ronaldo’s (4) and Messi’s (2); all belong to the period 2010 - 2014 when both extraterrestrials were experiencing the peak of their goal-scoring careers.For Lewandowski, heyday came only now, at the age of 33. Along the way, he also broke the record for goals in German Bundesliga in a calendar year - 43. Gerd Müller had 42 in 1972.