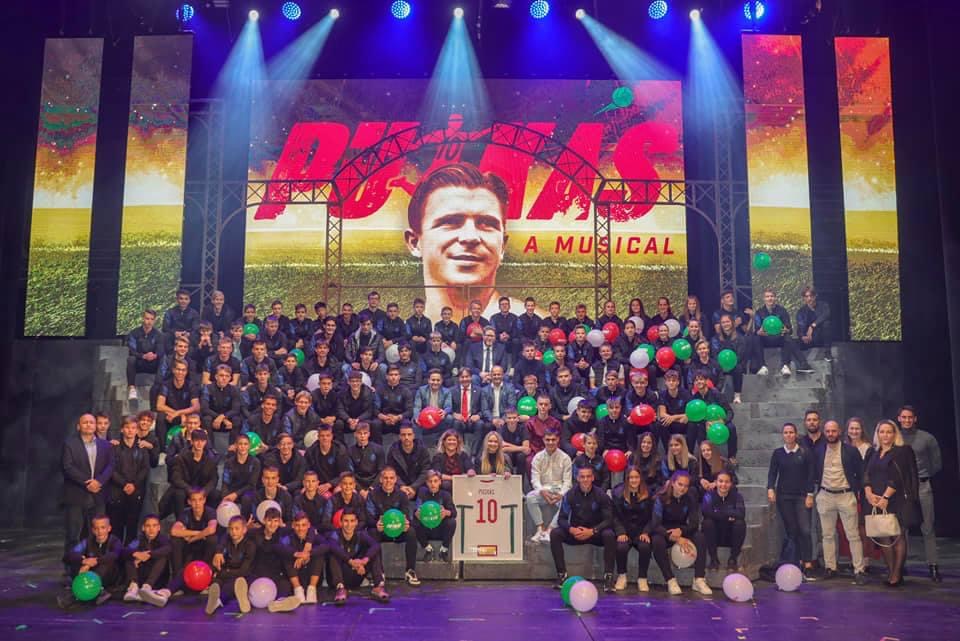 THE MUSICAL ABOUT FERENC PUSKAS

Since some months, Hungary shows a musical about the most famous Hungarian, the football player and manager Ferenc Puskás.

“This is not just sports history. This is a story of heroism, the story of a legendary athlete and an icon,” said producer László Szabó. “It is a story of patriotism, loyalty, love, and friendship”.

Ferenc Puskás (1927-2006) is widely regarded as one of the best football players of all time and is one of the IFFHS LEGEND PLAYERS ! As a forward, he scored 84 goals in 85 matches of the Hungarian national team and 514 goals in 529 league matches, first playing in Hungary for Budapest Honvéd and later for Real Madrid.

After the failed 1956 anti-Soviet uprising in Hungary, Puskás left the country and received a two-year ban from the UEFA for this. He joined Real Madrid  and in his first season with the team he scored four hat-tricks, one of them in his second match of his Real career. He won there 3 European Cups (Champions League), 5 La Liga titles and many competitions, being crowned as the 6th World's Best Player of the Century in 2000 by IFFHS !

He did not return to Hungary until 1981. Hungary’s largest, 67,215 capacity stadium in the capital Budapest is named after him. (see IFFHS LEGEND PLAYERS for his career).