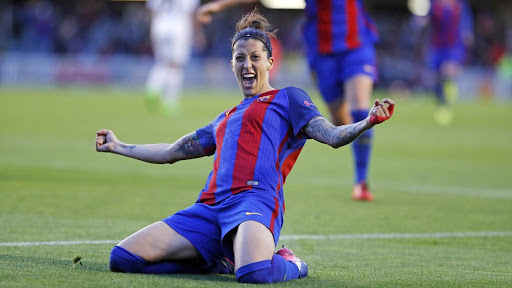 Picture : Jennifer Hermoso is leader of the Global Goal Scorer Ranking since 3 months !

In 2021, for the first time in History, the IFFHS publish the ranking of the Women World’s Best Top Goal Scorer !

At the end of July 2021, Jennifer Hermoso (Spain/FC Barcelona) is always the leader of the WORLD’S TOP GOALSCORER ranking with 33 goals before her spanish teammate Esther Gonzales Rodriguez (Spain/Levante) 27 goals and Mexico’s Alison Gonzales (FC Atlas Guadalajara) , who has taken the third place with 4 goals in July !

Behind the trio, Samantha Kerr (Australia) and Stine Blackstenius (Sweden) have scored  5 and 4 goals in the Olympic Games, taking the ranks 4 and 6, with German’s Lea Schueller at the 5th position.

Five football continents (UEFA, CONCACAF, CAF, CONMEBOL and AFC) are represented in the TOP 20 ! 57 players in the 30 best leagues in the World have scored 10 goals or more since the beginning of the year 2021 !

Tiebreaking criteria in case of equal number of total goals: