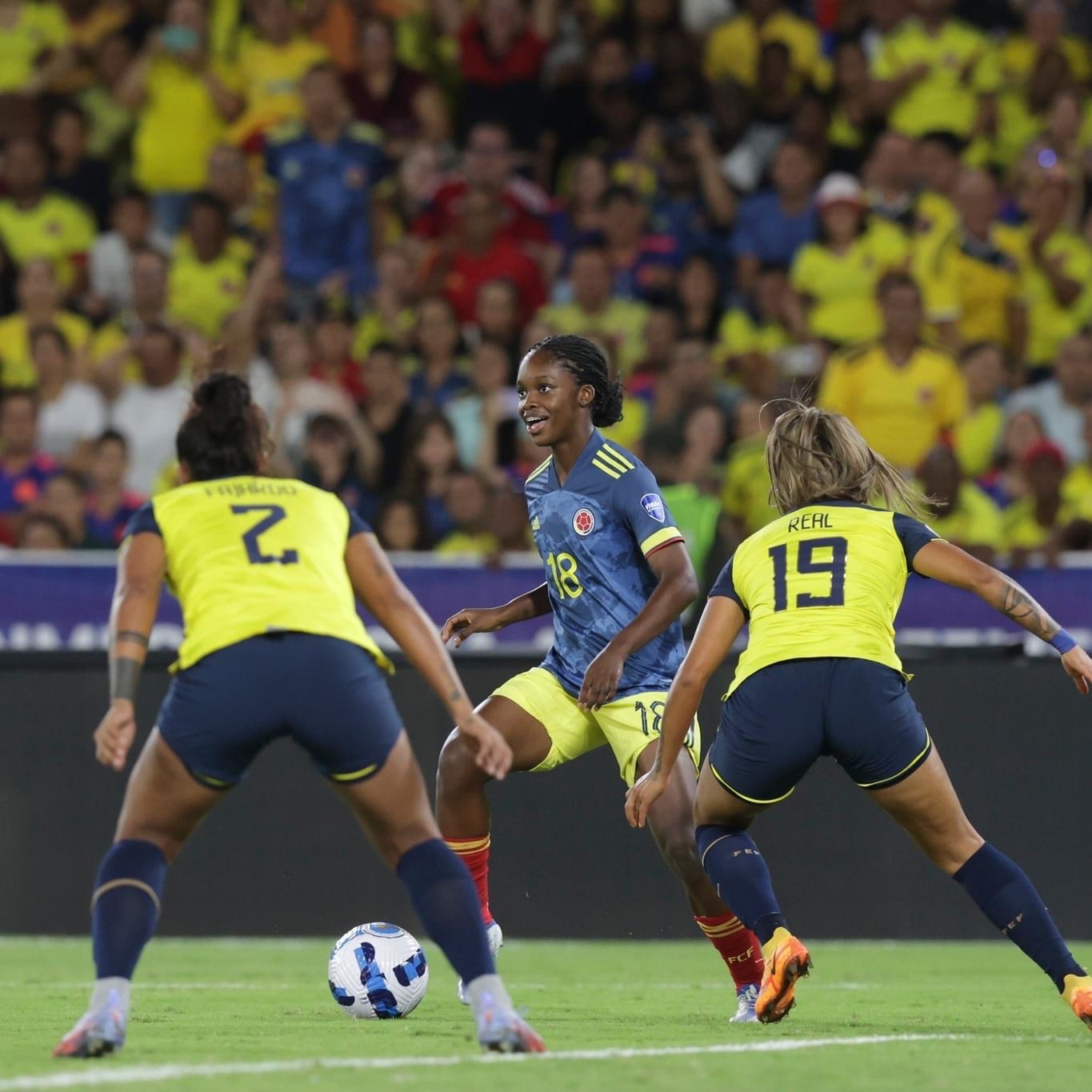 Colombia beat Ecuador 2-1 on Sunday to become the sole leader of Group A of the Copa América Femenina.  The “coffee girls” were dominant from the start of the match played before 24,580 people at the Pascual Guerrero stadium in Cali. Levante UD Women’s striker Mayra Ramírez put Colombia ahead in the 30th minute, after a good pass from Leicy Santos. Shortly after, a lack of coordination of the local defense allowed the tie by Nicole Charcopa (34). Colombia, which adds its three presentations for victory, reacted before the break with a great collective play, which Linda Caicedo, the youngest player (17) ,finished (45th minute). In the second half, Colombia tried to increase the difference, but the Ecuadorian goalkeeper Andrea Morán deactivated all the attacks against her goal. Gianni Infantino, president of FIFA, who visited both teams in the changing rooms before the match, said :“The growth of women’s soccer is phenomenal” .

In the game that opened the day on Sunday, Chile crushed Bolivia 5-0 and increased their chances of advancing to the semifinals of the tournament. Midfielder Francisca Lara led the victory of the “Roja” with the first score at minute 7, after a pass from Daniela Zamora.In minute 14, a goal against Érika Salvatierra opened the way for the win, after finishing off a corner shot against her own goal. Chile’s good play on the wings repeatedly pierced the Bolivian defense, as happened in minute 17 when an arrival by Lara was finished off by Yessenia López. At the end of the first half, Lara, who belongs to Villarreal, signed his personal double and reached 10 goals in the Copa América in the four tournaments she has played since 2010. In the second half, there was still time for Mary Valencia, 18 years old, born in Colombia and naturalized Chilean, to debute and score her first goal to the 5-0.

Colombia, with 9 points, was alone in the first position of Group A and will play against Chile, which has 6 units, a decisive match on Wednesday in Armenia. At the same time, Paraguay, with 6, and Ecuador, which was left with 3, will play their future in Cali. Bolivia said goodbye to the tournament with four defeats .