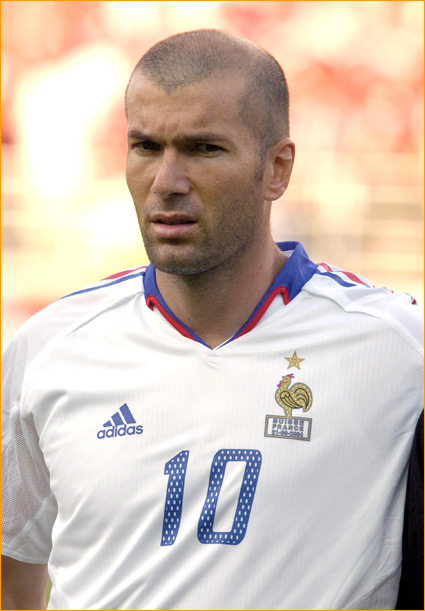 Zinedine Yazid Zidane (French pronunciation: ​[zinedin jazid zidan], Arabic: زين الدين يزيد زيدان‎; born 23 June 1972), popularly known as Zizou, is a French former professional football player who played as an attacking midfielder. He is the current manager of La Liga club Real Madrid and is one of the most successful managers in the world.[4][5][6][7] Widely regarded as one of the greatest players of all time,[8][9][10] Zidane was an elite playmaker renowned for his elegance, vision, passing, ball control, and technique.[11][12] He received many individual accolades as a player, including being named FIFA World Player of the Year in 1998, 2000 and 2003, and winning the 1998 Ballon d'Or. Zidane started his career at Cannes before establishing himself as one of the best players in the French Division 1 at Bordeaux. In 1996, he moved to Juventus where he won trophies including two Serie A titles. He moved to Real Madrid for a world record fee at the time of €77.5 million in 2001, which remained unmatched for the next eight years. In Spain, Zidane won several trophies, including a La Liga title and the UEFA Champions League. In the 2002 UEFA Champions League Final, he scored a left-foot volleyed winner which is considered to be one of the greatest goals in the competition's history.[13] Capped 108 times by France, Zidane won the 1998 FIFA World Cup, scoring twice in the final, and was named to the All-Star Team. This triumph made him a national hero in France, and he received the Légion d'honneur in 1998. He won UEFA Euro 2000, and was named Player of the Tournament. He also received the Golden Ball for Player of the Tournament at the 2006 World Cup, despite his infamous sending off in the final against Italy for headbutting Marco Materazzi in the chest. He retired as the fourth-most capped player in France history. In 2004, he was named in the FIFA 100, a list of the world's greatest living players compiled by Pelé, and in the same year was named the best European footballer of the past 50 years in the UEFA Golden Jubilee Poll.[14] Zidane is one of eight players to have won the FIFA World Cup, the UEFA Champions League and the Ballon d'Or.[15] He was the ambassador for Qatar's successful bid to stage the 2022 FIFA World Cup, the first Arab country to host the tournament.[16] After retiring as a player, Zidane transitioned into coaching, and began his head coaching career at Real Madrid Castilla.[17] He remained in the position for two years before taking the helm of the first team in 2016.[18] In his initial two and a half seasons, Zidane became the first coach to win the Champions League three times consecutively, won the UEFA Super Cup and FIFA Club World Cup twice each, as well as a La Liga title and a Supercopa de España.[19] This success led to Zidane being named Best FIFA Men's Coach in 2017.[20] He resigned in 2018,[21][22] but returned to the club as manager in 2019,[23] and proceeded to win another La Liga and Supercopa de España title. 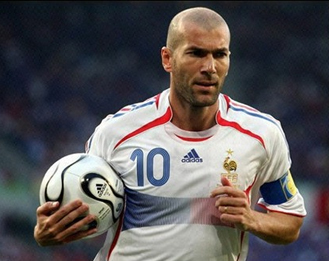 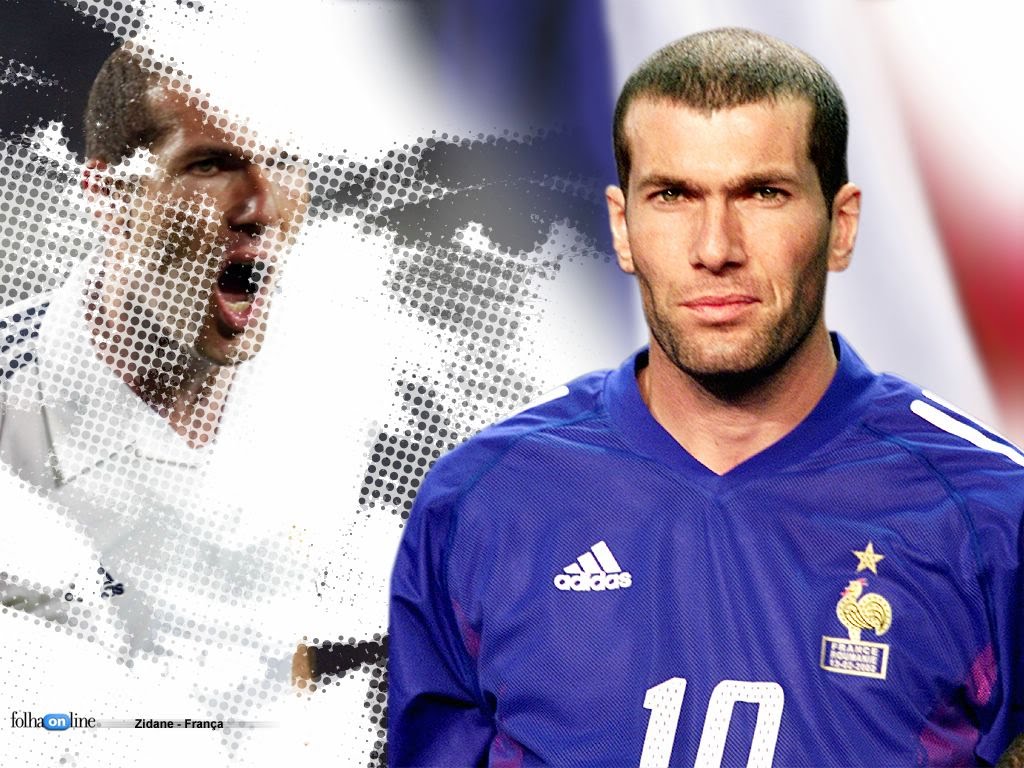 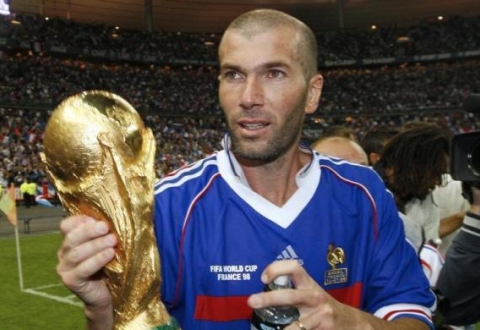 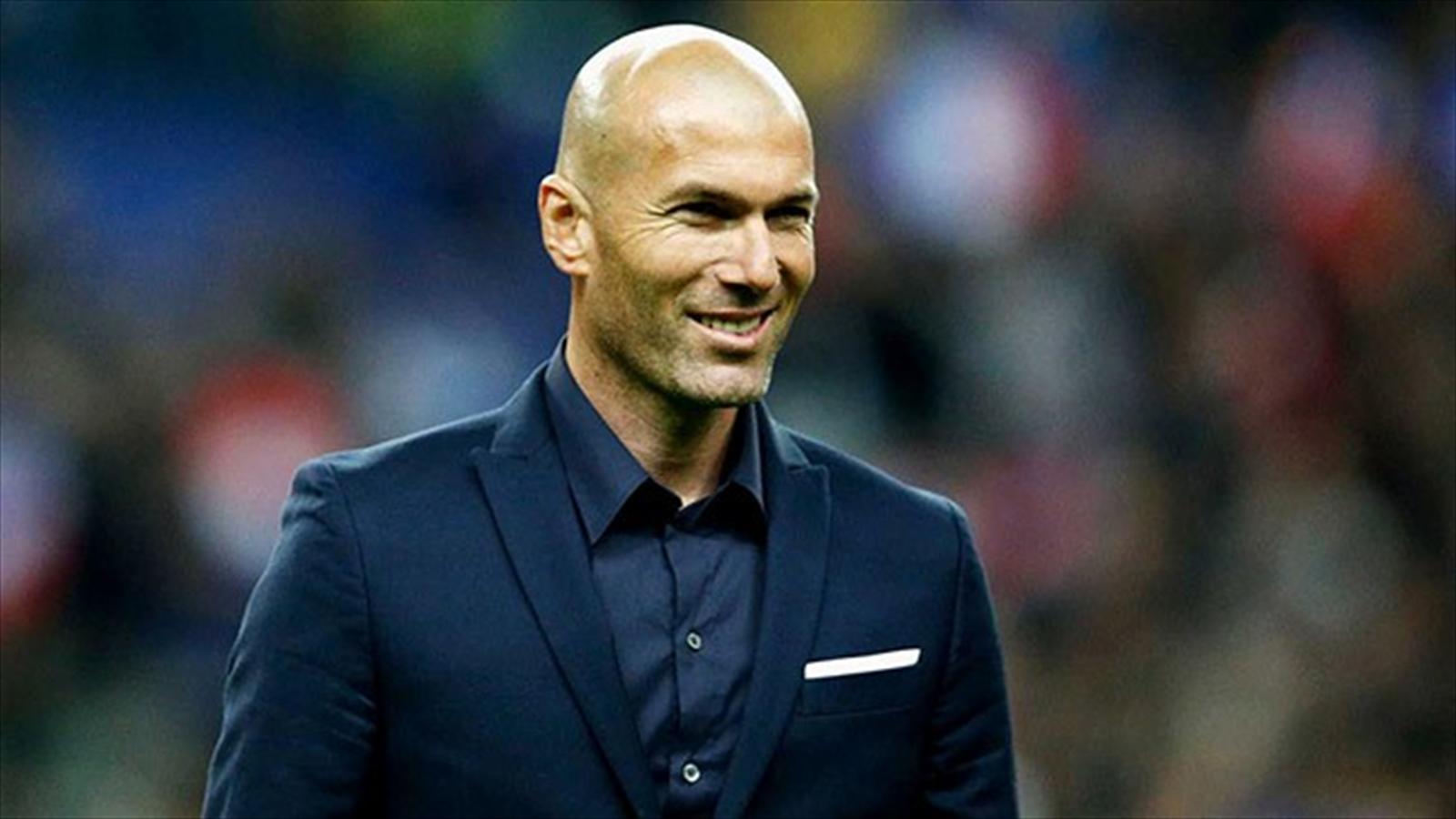 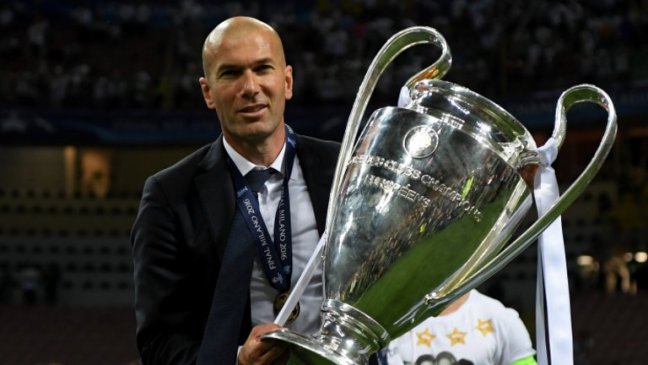