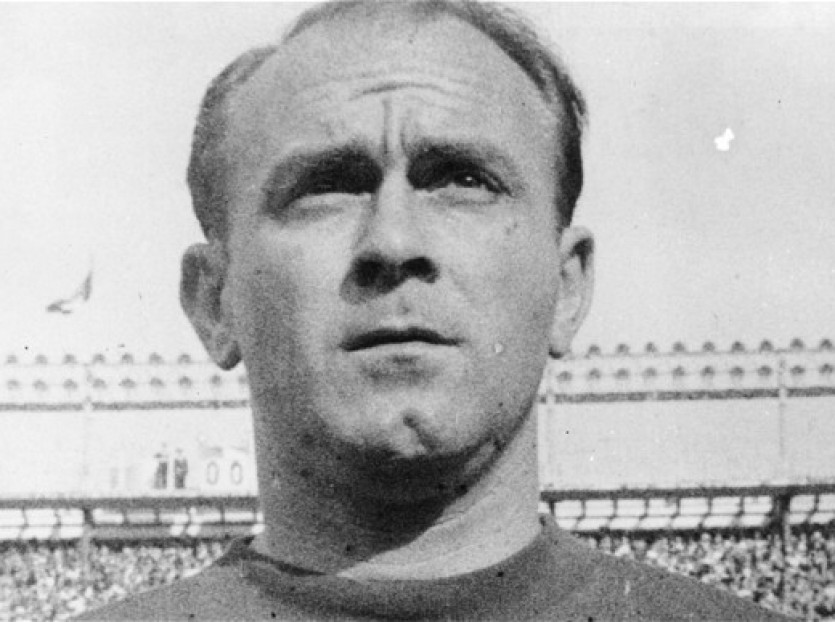 Alfredo Stéfano Di Stéfano Laulhé[2] (Spanish pronunciation: [alˈfɾeðo ði esˈtefano]; 4 July 1926 – 7 July 2014) was an Argentinian born professional footballer and coach. He is regarded as one of the best footballers of all time, and is best known for his achievements with Real Madrid, where he was instrumental in the club's domination of the European Cup and La Liga during the 1950s. Along with Francisco Gento and José María Zárraga, he was one of only three players to play a part in all five victories, scoring goals in each of the five finals. Di Stéfano played international football mostly for Spain after moving to Madrid, but he also played for Argentina and Colombia. Di Stéfano, nicknamed "Saeta rubia" ("Blond Arrow"),[3][4][5] was a powerful, quick, skillful, and prolific forward, with great stamina, tactical versatility, creativity, and vision, who could also play almost anywhere on the pitch.[6][7][8][9] He is currently the sixth highest scorer in the history of Spain's top division, and Real Madrid's third highest league goalscorer of all time, with 216 goals in 282 league matches between 1953 and 1964. He is Madrid's leading goalscorer in the history of El Clásico, alongside Cristiano Ronaldo.[10][11][12] He began his career at Argentina's River Plate aged 17, in 1943. For the 1946 season he was loaned to Club Atlético Huracán, but he returned to River in 1947. Due to a footballers' strike in Argentina in 1949, Di Stéfano went to play for Millonarios of Bogotá in the Colombian league.[13] He won six league titles during the first 12 years of his career in Argentina and Colombia.[14][15] Following his signing by Real Madrid he was an integral part of one of the most successful teams of all time. He scored 216 league goals in 262 games for Real (then a club record, since surpassed by Raúl and Cristiano Ronaldo), striking up a successful partnership with Ferenc Puskás. Di Stéfano's 49 goals in 58 matches was the all-time highest tally in the European Cup. The record has since been surpassed by several players, with Real Madrid's Raúl the first in 2005. Di Stéfano scored in five consecutive European Cup finals for Real Madrid between 1956 and 1960, including a hat-trick in the last. Perhaps the highlight of his time with the club was their 7–3 victory over Eintracht Frankfurt in the 1960 European Cup Final at Hampden Park, a game many consider to be the finest exhibition of club football ever witnessed in Europe.[13] He was awarded the Ballon d'Or for the European Footballer of the Year in 1957 and 1959.[14] He moved to Espanyol in 1964 and played there until retiring at the age of 40.[15] In November 2003, to celebrate UEFA's Jubilee, he was selected as the Golden Player of Spain by the Royal Spanish Football Federation as their most outstanding player of the past 50 years.[16] In 2004, he was named by Pelé in the FIFA 100 list of the world's greatest living players (in September 2009, he said Di Stéfano was the best Argentinian player "ever").[17] He was voted fourth, behind Pelé, Diego Maradona, and Johan Cruyff, in a vote organized by France Football magazine which consulted their former Ballon d'Or winners to elect the Football Player of the Century.[18] In 2008 Di Stéfano was honoured by both UEFA and Real Madrid with a special Presidents award issued by FIFA at a ceremony in Madrid, where a statue was also unveiled. Then UEFA President Michel Platini called Di Stéfano "a great amongst the greats" while contemporaries Eusébio and Just Fontaine suggested that he was "the most complete footballer in the history of the game".[19] 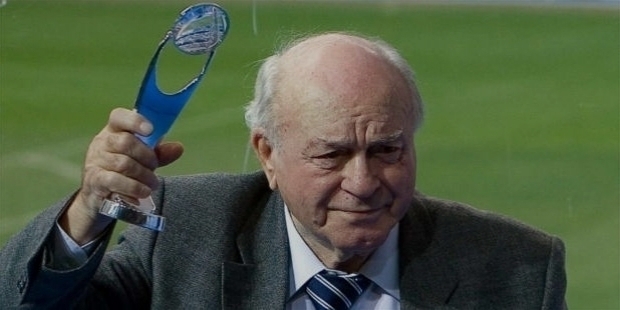 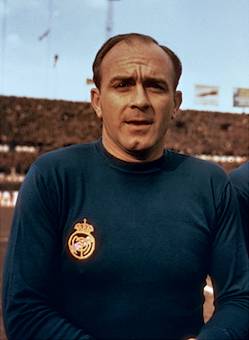 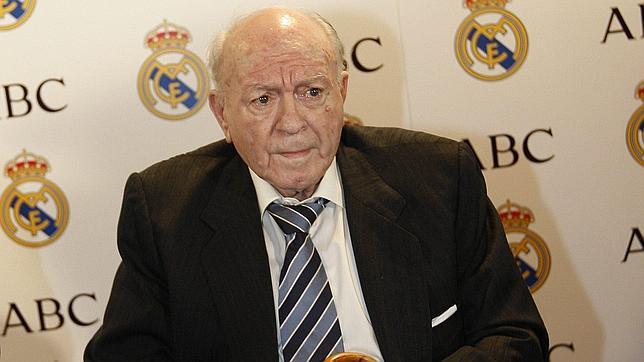 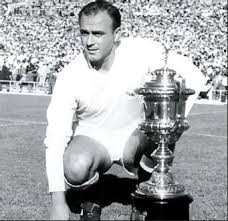 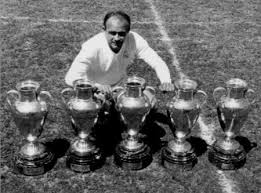