Riise started playing football at age six and played in a boys' team until age 14. She won the Norwegian Cup competition with Setskog-Høland in 1992. In late 1995 along with four other Norwegians she joined Nikko Securities Dream Ladies football club in Japan. Nikko won the Japanese league and cup competitions in 1996 and the cup in 1997, after which Riise moved back to Norway to play again with Setskog-Høland. She joined Asker FK, Oslo, in 2000, and again won the cup competition with Asker the same year. Drafted by the Carolina Courage in the Women's United Soccer Association 2000 Foreign Draft, Riise was the team's MVP two times and led the Courage to a WUSA Founders Cup title in 2002. In 2003 the Norwegian Football Association named Riise the best female Norwegian footballer ever. Returning to Norway in 2005 Hege Riise joined Team Strømmen of Oslo and became the club's playing assistant trainer in 2006. She played her last top-level match with Team Strømmen on 28 October 2006 aged 37 and retired from football as a player. Riise made her international debut with the Norwegian national team in 1990. Norway won the UEFA Women's Championship in 1993. Two years later with Norway she won the 1995 FIFA Women's World Cup and was awarded the Golden Ball after the competition. Riise's biggest achievement with Norway was winning the gold medal at the 2000 Summer Olympics in Sydney, to become one of only three women in the world to win the Olympics, the World Cup and the European Championship (with Gro Espeseth and Bente Nordby). She retired from international football in September 2004 with 188 caps and 58 goals. Riise retired as a player at the end of the 2006 season with 188 international caps to her credit, the record for all Norwegian footballers. In 2007, she became the chief trainer at Team Strømmen, in the Norwegian women's premier league, the Toppserien In the 2008 season, Team Strømmen were runners-up in both the league and the Cup competitions.On 28 January 2009, Riise was appointed Assistant Trainer to the USA women's national team. 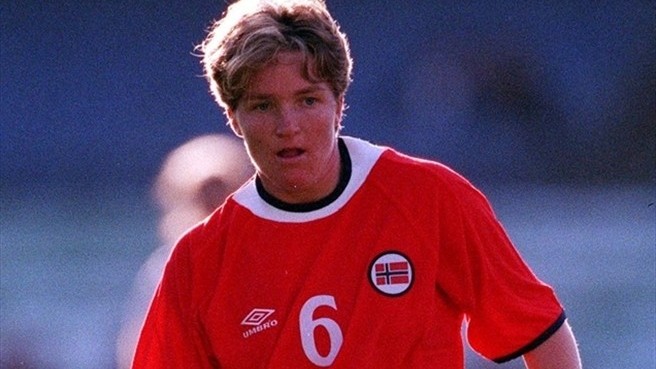 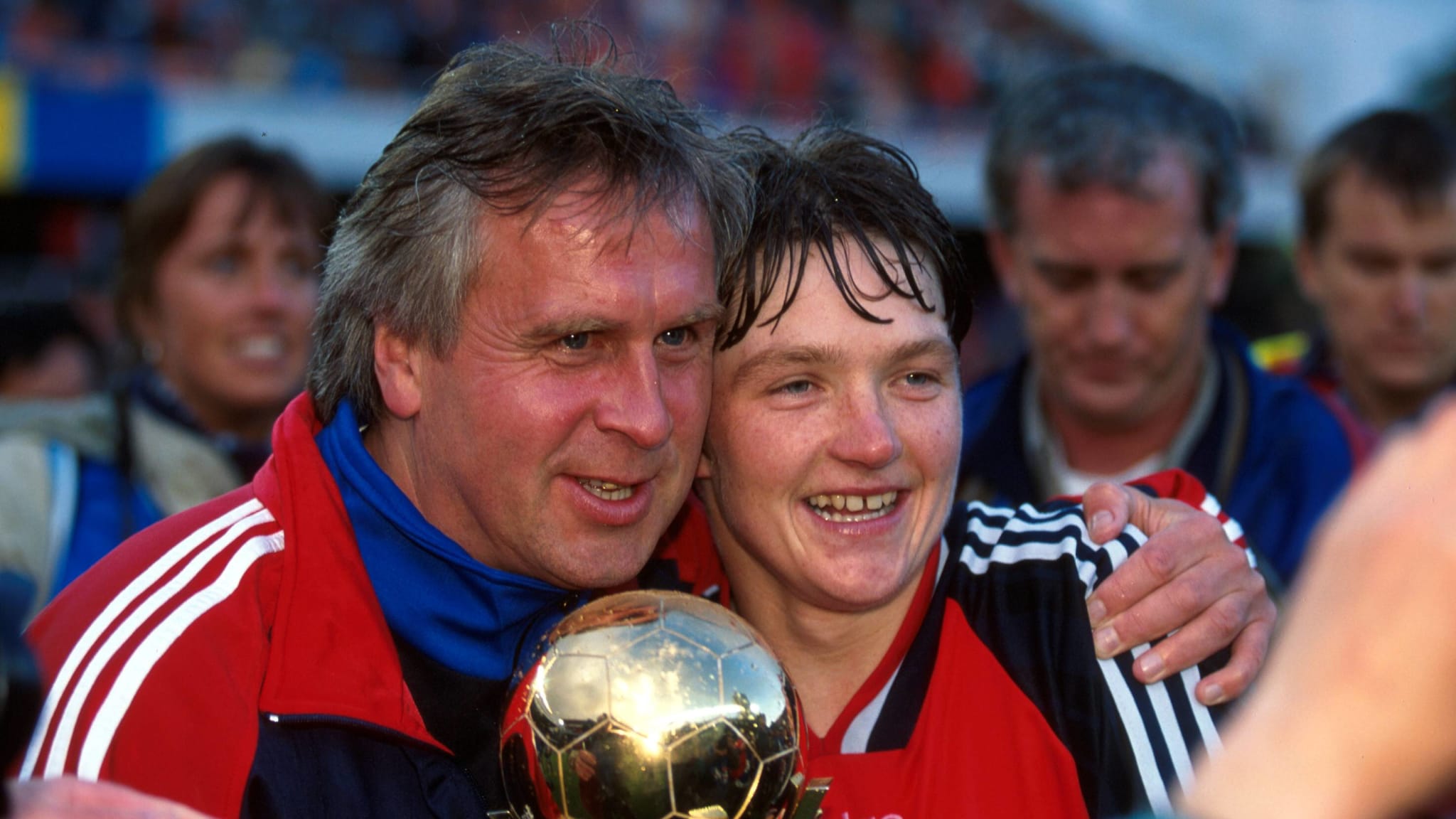 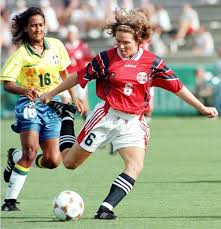 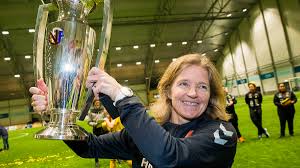