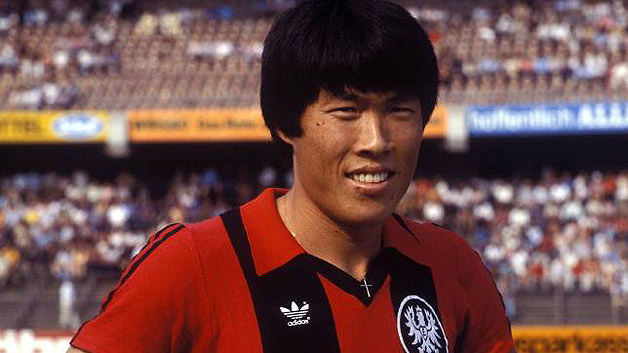 Cha Bum-kun (Korean: 차범근; Korean pronunciation: [tɕʰa.bʌm.ɡɯn] or [tɕʰa] [pʌm.ɡɯn]; born 22 May 1953) is a South Korean football manager and former player, nicknamed Tscha Bum or "Cha Boom" in Germany because of his name and his thunderous ball striking ability.[4] Cha was known for his thick thighs which showed explosive pace and powerful shots.[5][6] He is widely regarded as one of the greatest Asian football players of all time by experts, including IFFHS and ESPN.[7][8] In 1972, Cha had been capped by the South Korean national team as the youngest player in history called up to the squad. He is the all-time leading goal scorer for the South Korean national team with 58 goals and won the 1978 Asian Games.[1] He is also the youngest player to ever reach 100 caps in the world with 24 years and 139 days.[9] After developing into the top player in his country, he left for West Germany and played for Eintracht Frankfurt and Bayer Leverkusen. He scored 121 goals in two Bundesliga clubs and won the UEFA Cup with each team.[10] He started a youth football clinic to develop South Korean football after his retirement. He managed the national team in the 1998 FIFA World Cup and also Ulsan Hyundai and Suwon Samsung Bluewings of the K League. 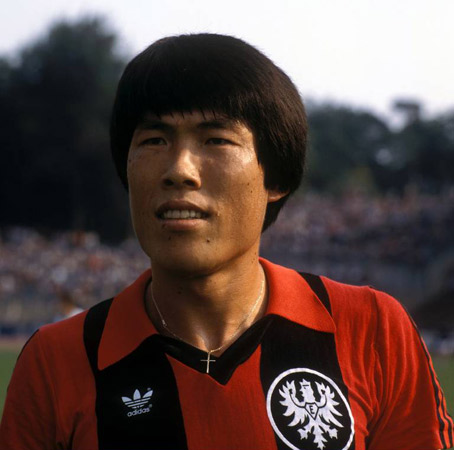 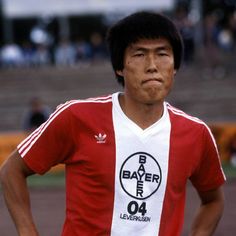 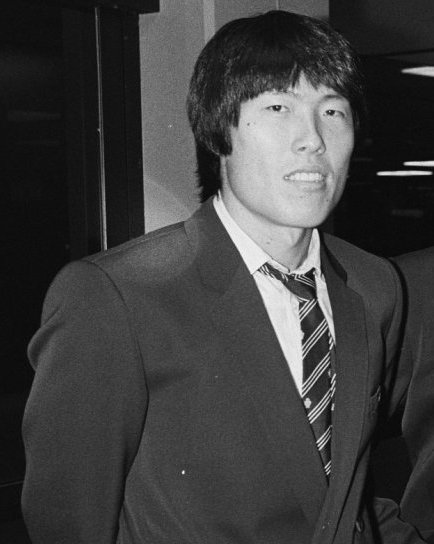 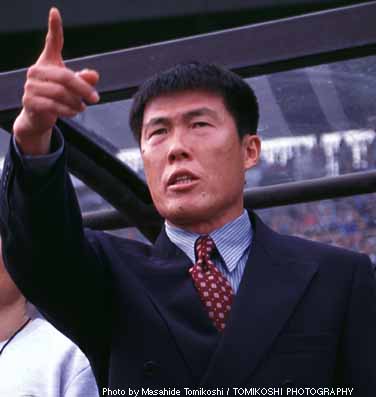