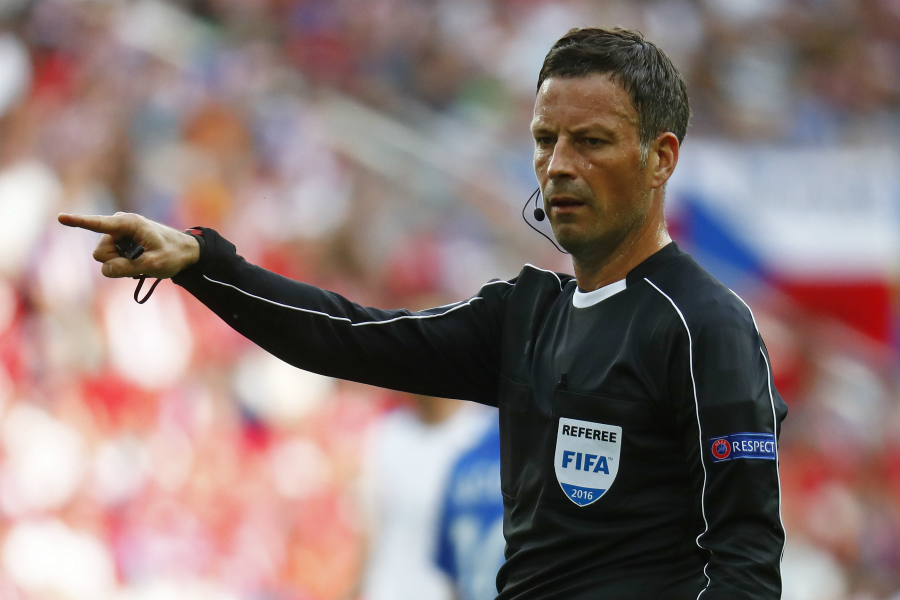 Mark Clattenburg for the first time !

The italian referee Nicola Rizzoli, winner 2014 and 2015, is second of this ranking like 2013, because of the fantastic year of Mark Clattenburg, the english referee, who was the referee of the two most important matches of the year in Europe, the Euro final and the Champions League Final !

Selected editorial offices and experts from 56 countries around the world took part in the 2016 annual election of the top referee, the 30th time it has been carried out by the IFFHS.
Mark Clattenburg (41 years old) began his referee career in the english first division on 1999 and became international referee on 2006. He was the referee of the Olympic Games Football final in London 2012 before his great year 2016 with the two european finals and also the English Cup final. He was for the first time in the Top 10 last year (6th) and made this great jump in 2016. He is the second english referee to win this Award after Howard Webb, winner in 2010 and 2013.

Clattenburg won this ranking with a large margin before Rizzoli and Viktor Kassai ,the hungarian winner of 2011. Behind the top 3, Jonas Eriksson, Cuneyt Cakir, Björn Kuipers, Felix Brych and Martin Atkinson confirm their usual performances since many years.
Europe dominate this ranking this year but South America (Pitana and Ricci), Central America (Ramos), Africa (Gheas and Diedhiou) and Asia (Sato) are also present with great referees.