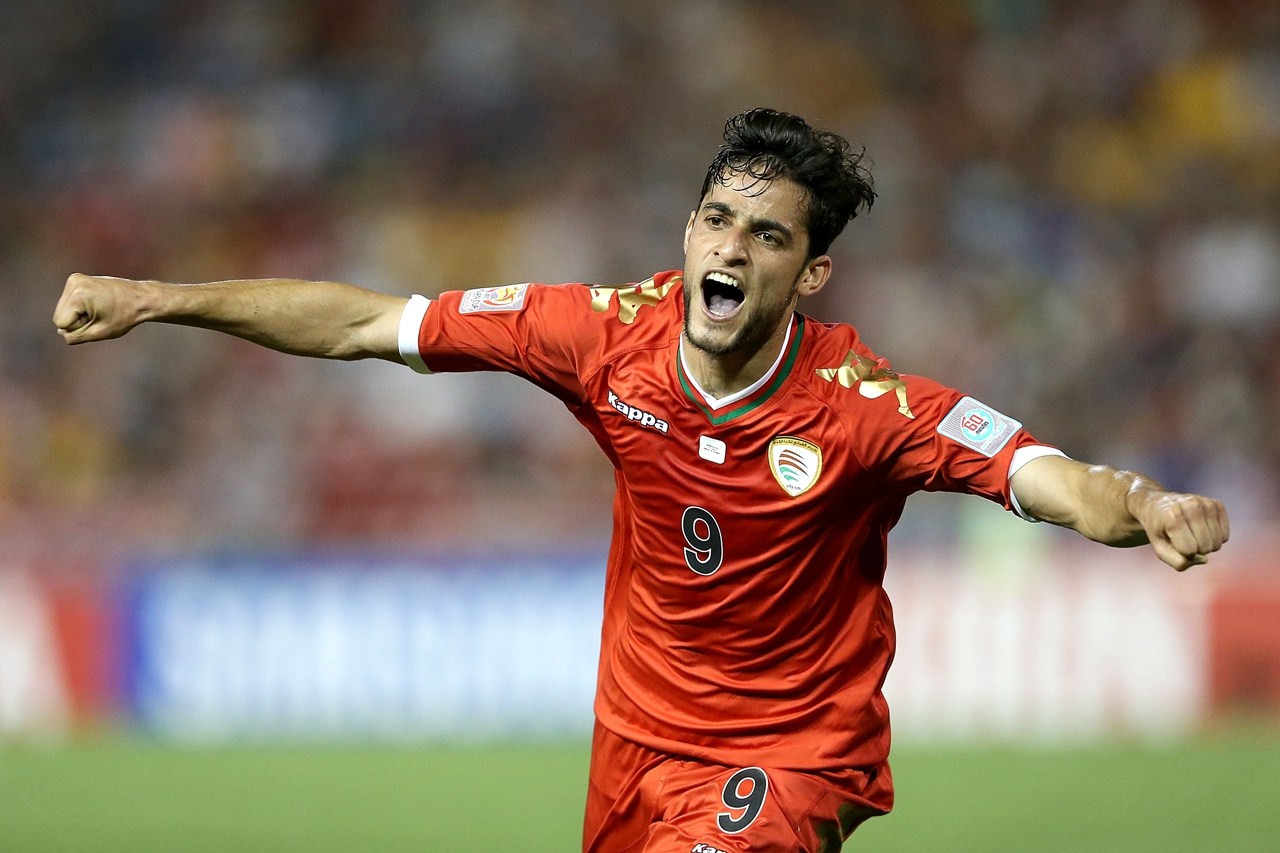 The Top Goalscorers list for March is headed by Omani player Abdulaziz Al-Muqbali [1]. He scored 6 goals in one Asian
Cup Qualifier match against Bhutan [2], leading his team to a 14-0 win. Al-Muqbali is 27 years old and plays as a center
forward for his national team and his local club, Fanja SC . He is followed by Jordanian Hamza Al Dardour, who scored
a hat-trick against Cambodia and a friendly goal against Hong Kong to raise his total to 5.

Till end of March, 56 players scored 3 or more goals. They are classified as follows: