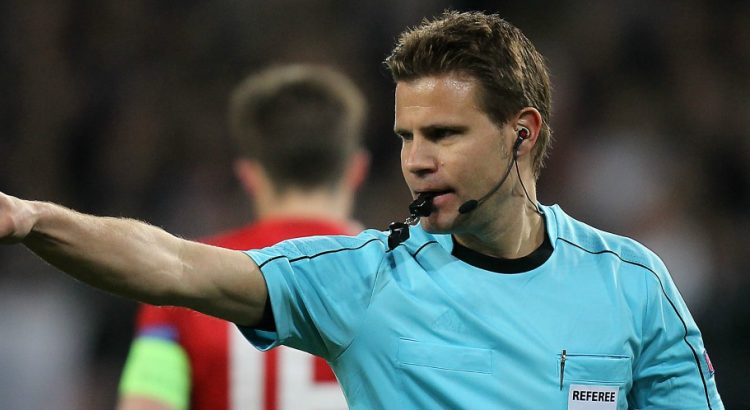 THE WORLD’S BEST REFEREE 2017 : THE CONSECRATION FOR FELIX BRYCH

German referee Felix Brych has capped a stellar season with his election as The World’s Best Referee 2017 in the annual IFFHS Awards. He succeeds the english Mark Clattenburg , winner 2016 and the italian Nicola Rizzoli, winner of the Awards 2014 and 2015.

Brych, 42 years old, was already in the Top 5 in the last three years and was the referee in june 2017 of the Champions League final between Real Madrid and Juventus. He won with a large margin before the english referee Martin Atkinson and the italien  Niccola Rizzoli.

Selected journalists and experts from 91 countries around the World took part in the 2017 annual election of the Top referee, the 31th time it has been carried out by the IFFHS.

Felix Brych, born in München, has been a leading referee in the German Bundesliga since 2004. He has been in charge of more than 500 official matches in his career including 115 international confrontations. He succeeds in Germany Dr Markus Merk, who won the IFFHS Award in 2004, 2005 and 2007. His calm authority and his regularity made it possible to win this recognized World Award. Martin Atkinson has been a leading contender in England for the past few years while Nicola Rizzoli had won the Award two times before ending his referee career.