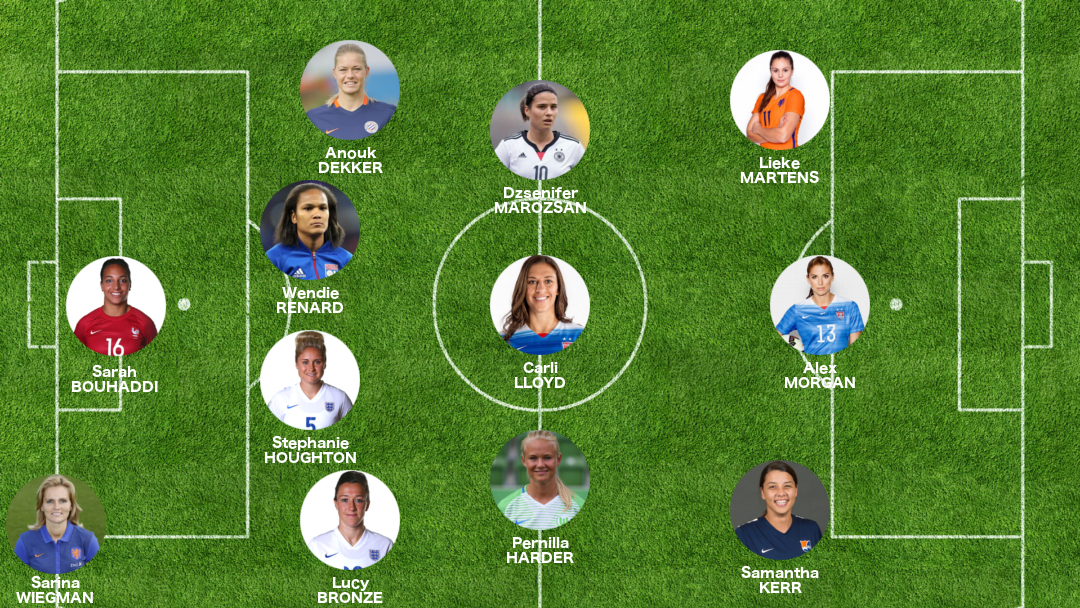 For the first time in his history, the IFFHS has proceeded to a vote from his 91 members around the World and from all continents to establish THE IFFHS WOMEN WORLD TEAM OF THE YEAR .

Olympique Lyon, winner for the 4th time of THE WORLD’S BEST WOMAN CLUB Award, has dominated again with 4 players in the WORLD TEAM of the year and 5 players and 1 coach in the Substitutes team. Behind Lyon, Manchester City (3) and Orlando Pride (2) were the clubs the most represented in the teams.

France and Netherlands were both represented by 4 players and 1 coach before England (3 players) and USA (2 players).

For the IFFHS Woman World Team of the year,  8 players came from UEFA , 2 from CONCACAF, Alex Morgan who won the Champions league with Lyon and finished the year with Orlando Pride, and Carli Lloyd, the IFFHS Playmaker 2015,  and 1 from AFC, Samantha Kerr, the goalgetter from Australia and Sky Blue , who realized a fantastic season. Lieke Martens, IFFHS World Playmaker 2017 and Sarah Bouhaddi, IFFHS World Goalkeeper 2017, were also represented in this first WORLD WOMEN TEAM of the year.