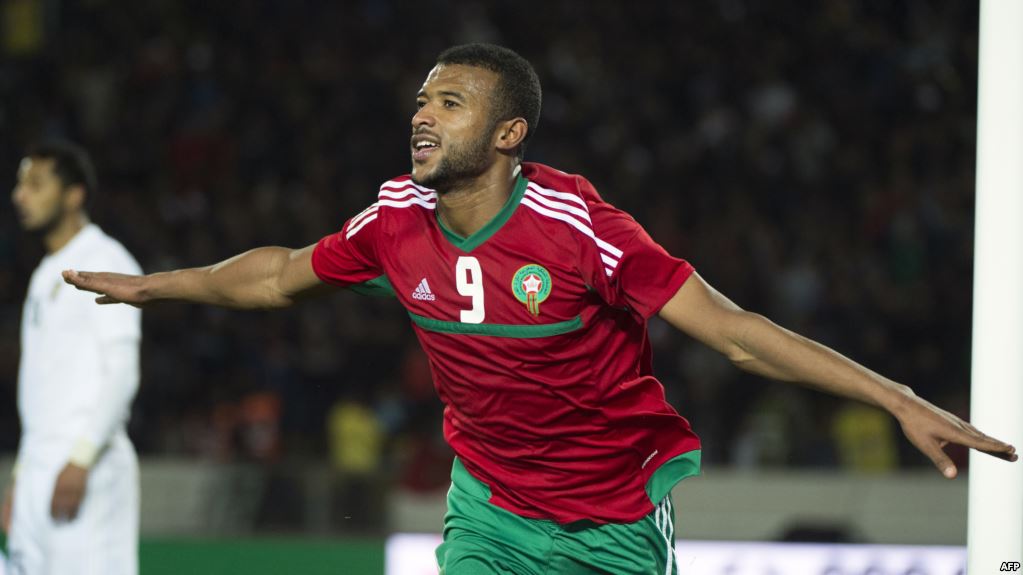 The first ranking of IFFHS goal scorers in 2018 is headed by Moroccan Ayoub El Kaabi who scored 9 goals in only 6 matches to head his country to CHAN 2018 victory. El Kaabi plays for local club Renaissance de Berkane.

Till end of February, 26 players scored 3 or more goals. They are classified as follows:

1- A yearly ranking is made for goal scorers in international matches for countries (competitive and friendly) and world and continental club competitions.
2- Only matches recognized by FIFA and included in FIFA list, matches in Olympic finals and club matches for FIFA and continental federations / confederations are considered.
3- For club competitions, counting starts at group stages for UEFA, CONMEBOL, CONCACAF, AFC and OFC competitions except Copa Sudamericana (from last 32). For CAF competitions, counting starts from last round before group stage,  last 7 for FIFA CWC UEFA, CONMEBOL and CAF Super Cups are also counted
4- For UEFA club competitions, goals scored in calendar year are counted even if within 2 seasons.
5- A monthly ranking is prepared. The player with the highest number of goals in total heads the list. If two or more players score the same number of goals, the player with more goals for his national team comes first.
(Visited 1,298 times, 1 visits today)
47