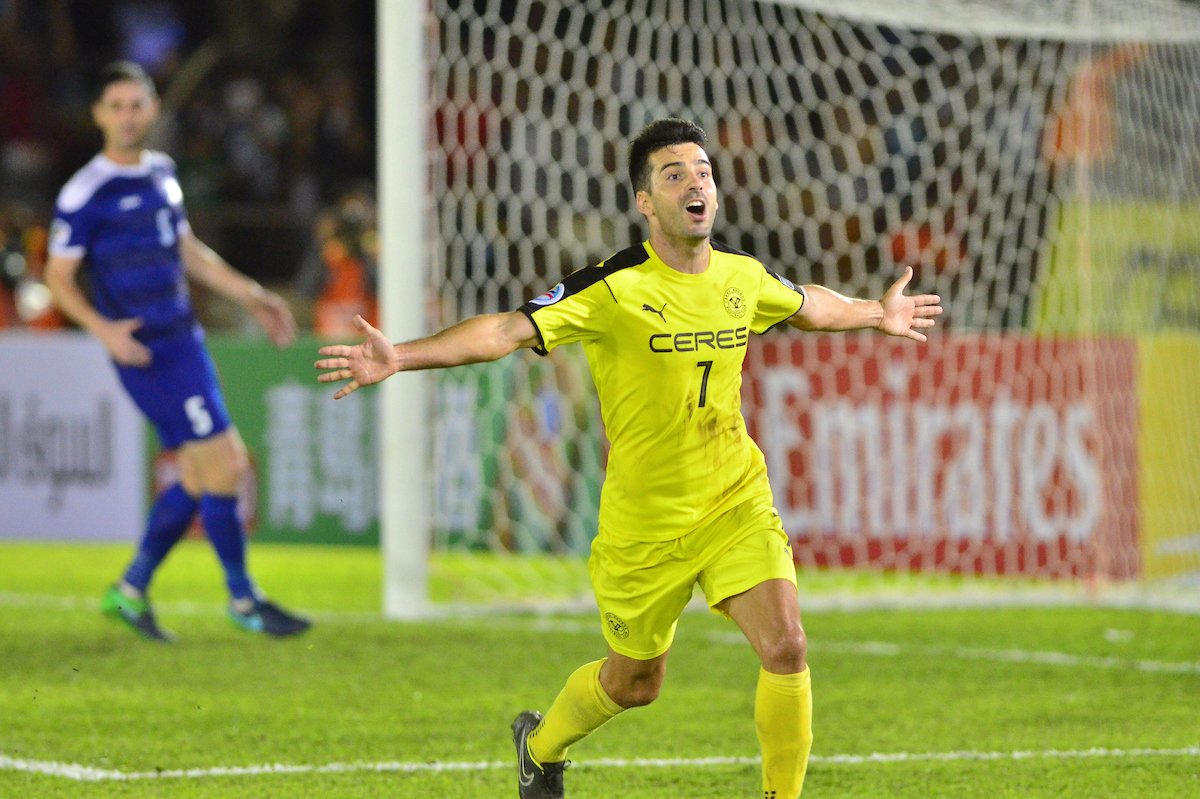 THE WORLD’S BEST TOP GOAL SCORER 2018 at end May : TWO AFRICAN PLAYERS AT THE TOP !

Picture : The Spanish Forward Bienvenido Maranon has scored 10 international goals in 2018 with his team Ceres Negros FC and taken the third place in the ranking at end May.

The IFFHS Goal scorers list of May 2018 is headed by 2 African players: Moroccan Ayoub El Kaabi of RS Berkane with 14 goals, followed by Algerian Baghdad Bounedjah of Al Sadd SC with 11. Spanish Bienvenido Marañón of Ceres Negros FC is third with 10 goals. El Kaabi is the player with most national team goals while Marañón scored most club goals, both with 10.

32 players scored 6 or more goals. They are classified as follows:

It is remarkable that the 3 players in New Zealand are from 3 different continents!