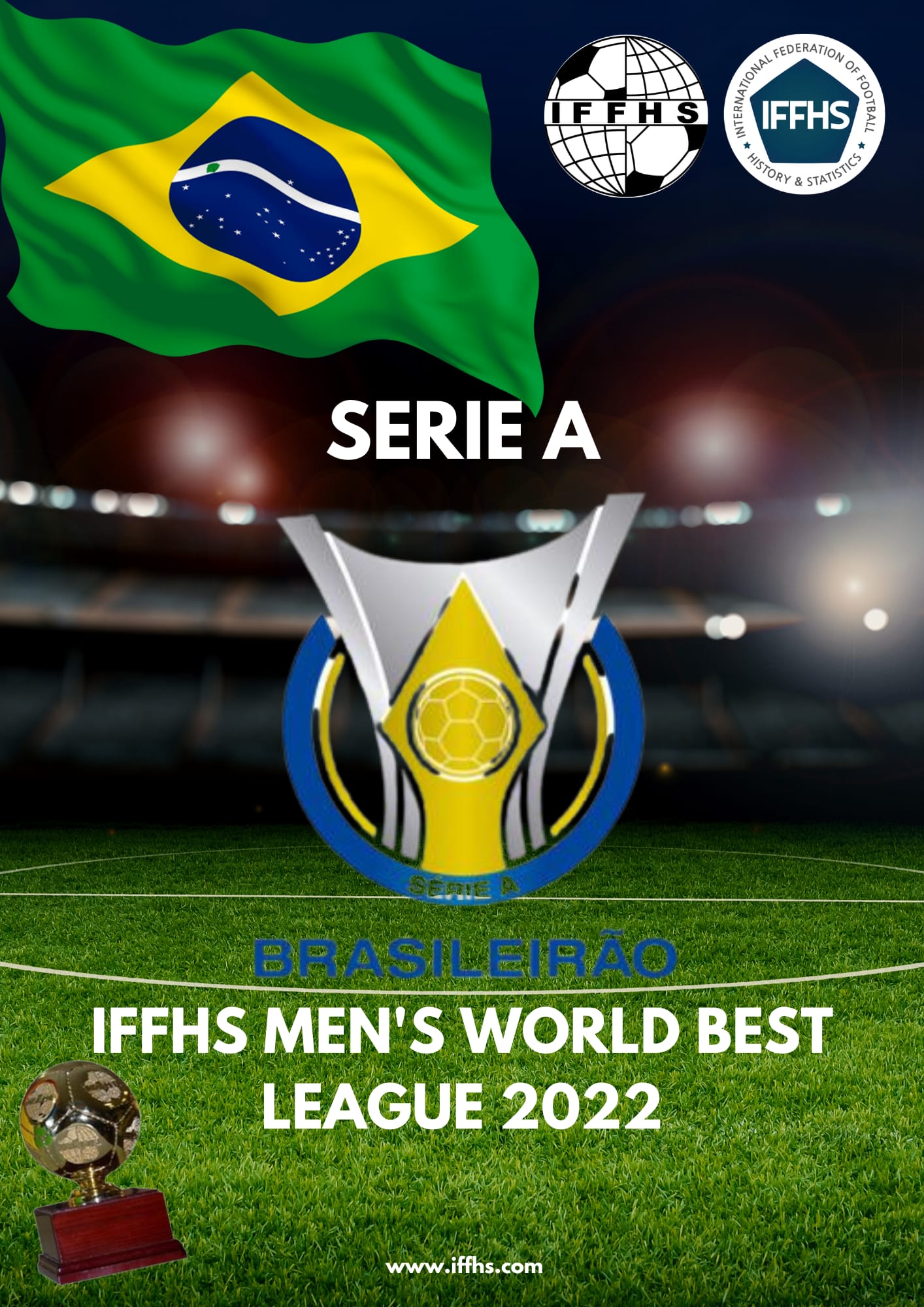 The Brazilian SERIE A is the best league in the world for the second time in the history of the IFFHS annual ranking launched since 1991.The English PREMIER LEAGUE is second for the fifth time in 6 years (1st in 2019). The Spanish LIGA, which gains a place, is ahead of the BUNDESLIGA (8th in 2021) while the Italian SERIE A loses 2 ranks and is ahead of the French LIGUE 1. The Portuguese PRIMEIRA LIGA 7th ahead of the Dutch EREDIVISIE and the PRIMERA DIVISION from Argentina. Finally the PROFESSIONAL DIVISION of Paraguay closes the TOP 10.

In Africa, the Egyptian PREMIER LEAGUE which recorded its best World ranking since 1991 (13th), retains first place since 2020 and is ahead of the Algerian LIGUE 1 which enters the TOP 20 for the first time, and the BOTOLA of Morocco still on the podium since 2018.

The K LEAGUE CLASSIC of the Republic of Korea is since 2011 the best league in Asia ahead of the J1 LEAGUE of Japan, on the podium since 2019 and the ROSHN SAUDI LEAGUE of Saudi Arabia.

In the CONCACAF zone, the Mexican LIGA MX is still the top league. Follow-up of the LIGA NACIONAL and the PRIMERA DIVISIÓN of Costa Rica which retains a place in the trio of Americacentral and northern since 2011.

In Oceania, the New Zealand PREMIERSHIP is the leader for the third year in a row and ahead of LIGUE 1 of Tahiti and the SUPER LEAGUE of New Caledonia.