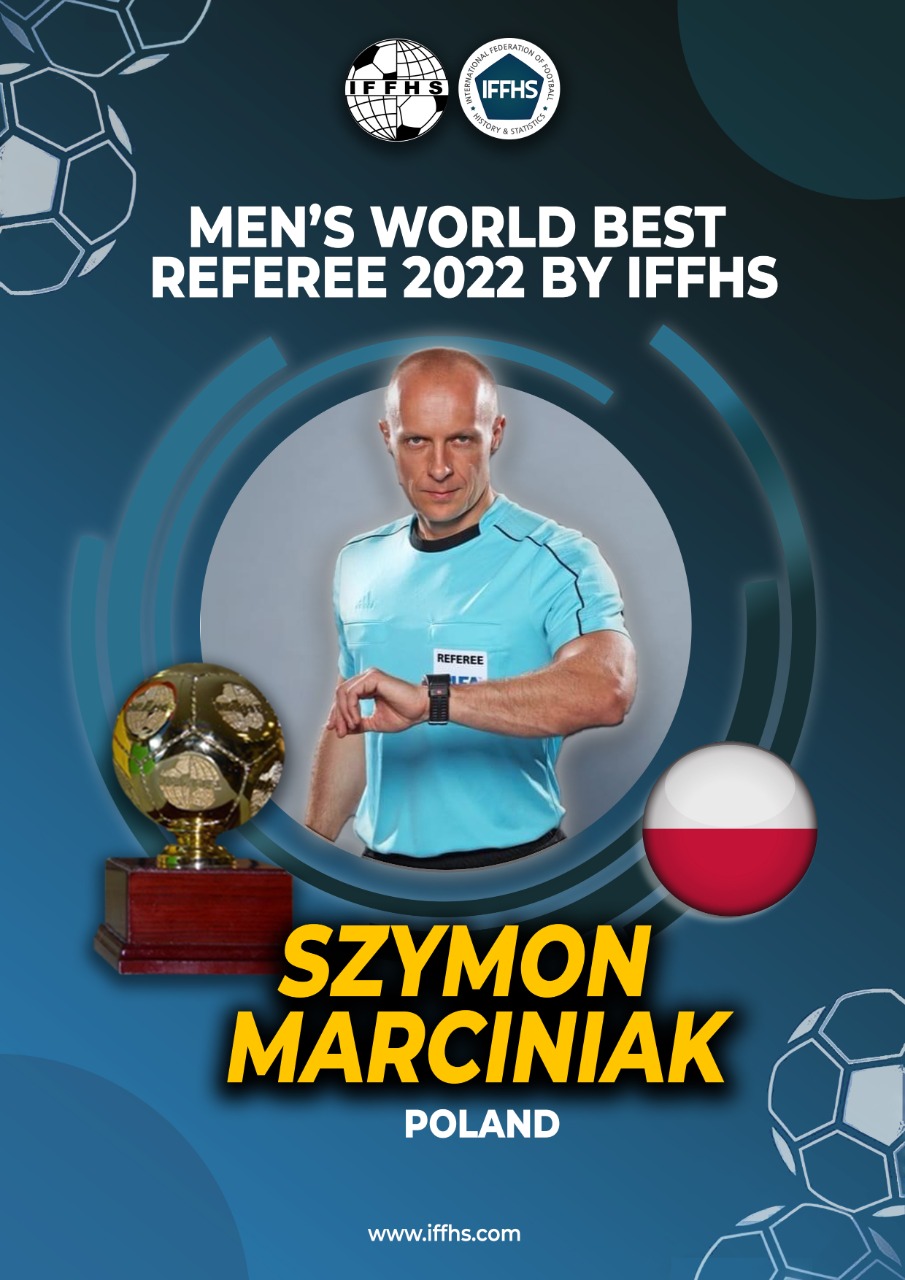 SZYMON MARCINIAK AT THE TOP !

After Daniele Orsatto (2020) and Felix Brych (2021), Poland’s referee Szymon Marciniak is crowned by IFFHS as THE BEST WORLD REFEREE 2022 ! He dominated the ranking with 150 points, much more than italian Daniele Orsatti (65) and french Clement Turpin (40).

He became the first Polish referee to take in charge a World Cup Final just one year after he was forced to miss the Euro due to some health issues. What an achievement for Szymon Marciniak !

Pierluigi Collina, winner of 6 consecutive IFFHS Awards (1998 to 2003) and Massimo Busacca, winner of the Award  2009, were admiring of the great performance of Szymon Marciniak in the FIFA World Cup Final. The World of football also.