It was the first Trophy for Olympique Lyon, the record club in 2011. 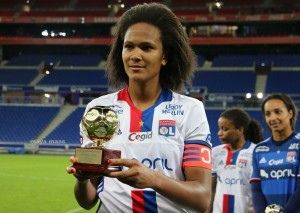 Wendy Renard, only 28 years old and 5 Trophies ! She plays since 2006 at Olympique Lyon and participated at all finals !

Olympique Lyon (France) won the most titles (5) and broke many records (3 consecutive titles, 7 times in the final in the last 9 years). Behind Lyon the greatest club, the german women dominate with 1FFC Frankfurt (4 titles), Turbine Potsdam (2 titles), VFL Wolfsburg (2 titles) and Duisburg (1 title). Umea (2 titles for Sweden) and Arsenal London (1 title for England) are the other winners. 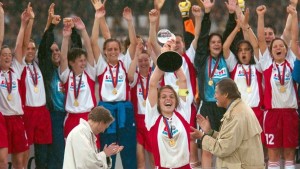 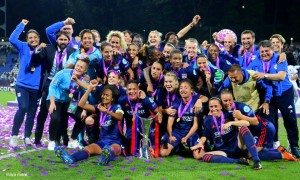 The winner of the last season and record club Olympique Lyon

THE ALL TIME GOALSCORERS 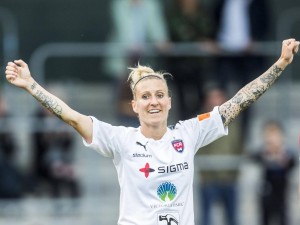 Anja Mittag holds the record today of the All time Goalscorers.