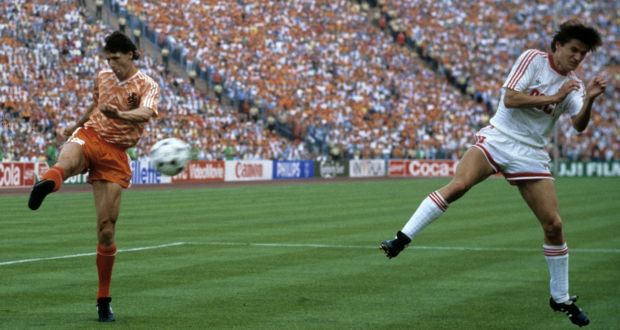 Picture : The Goal of the year 1988 at the Euro final in München between Netherlands and Soviet Union – Marco Van Basten’s spectacular volley from an acute angle. 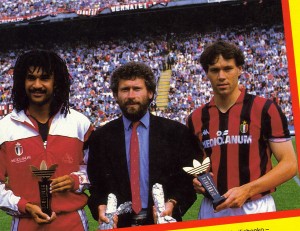 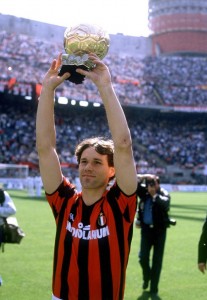 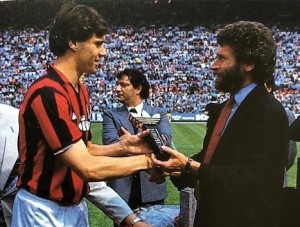 Marco Van Basten, born on 31 October 1964 in Utrecht (Netherlands), began his career with EDO with six years old. He moved to UVV Utrecht and USV Elinkwijk before joining in 1981 the great dutch club Ajax Amsterdam.

As Player, Marco Van Basten is regarded as one of the greatest and most complete strikers in football. He was nominated by IFFHS as the 10th Best Player of the Century in Europe and the 12th best Century Player in the World ! 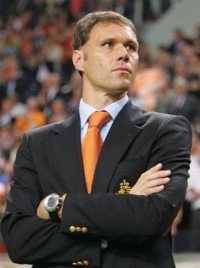 He retired from football in 1995 and began a career as coach, first with the second team of Ajax Amsterdam (2003/04). On July 2004, he was named new manager of the Netherlands National team ! Under his guidance, the holland team was qualified for the World Cup 2006 but was eliminated in the round of 16 at the World Cup in Germany. He was also manager of the team at the EURO 2008, where he was eliminated in the quarter finals. He finished his career as Netherlands manager with 35 wins in 52 matches.