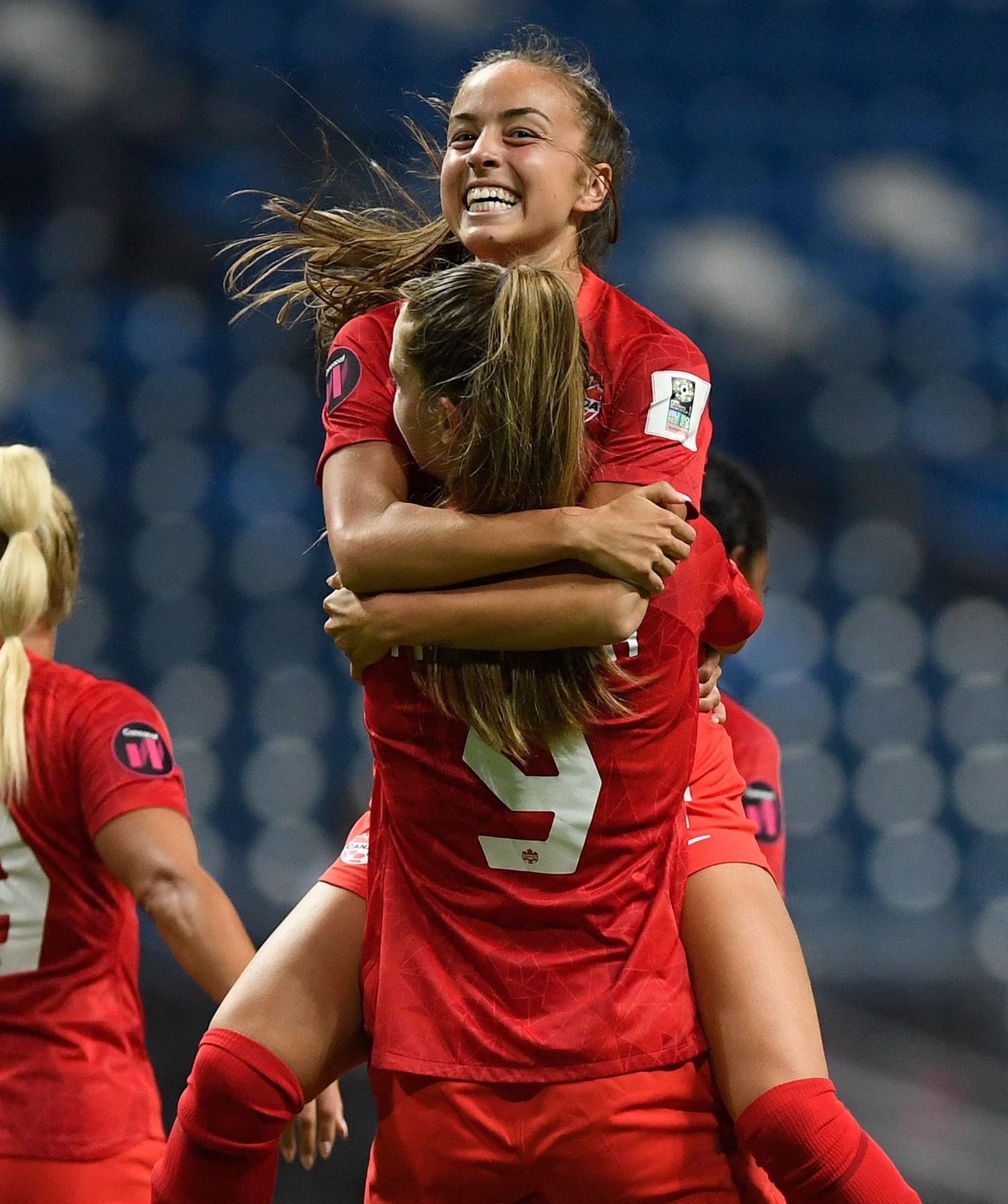 Captain Christine Sinclair scored international goal No. 190 and Julia Grosso added two goals as Canada turned on the offence late to defeat Trinidad and Tobago 6-0 at the CONCACAF W Championship on Tuesday.

The goals were the first at the senior level for Julia Grosso, the 21-year-old midfielder who plays in Italy for Juventus and who gave last year with her winning penalty the Olympic Gold to Canada ! Jessie Fleming, Janine Beckie and Jordyn Huitema also scored for Canada.

After Sinclair opened the scoring in the 27th minute with a marvelous header, Canada must wait long time before Grosso, from a nice setup by Jordyn Huitema, scored in the 67th minute.

Grosso struck again in the 79th after Trinidad failed to clear a cross. The ball went to Grosso who shifted it to her right foot to get past a defender before firing it home.

Fleming made the fourfh goal in the 84th minute, sweeping home a Beckie cross. Beckie made it herself to 5-0 in the 86th with the Trinidad defence in difficulties and Huitema completed the rout one minute into stoppage time.

Earlier in the evening, Rocky Rodriguez (picture) scored early and Costa Rica didn’t let a chance to Panama with a 3-0 win.

Rodriguez, who plays with Sinclair and Beckie for the Portland Thorns in the National Women’s Soccer League, scored on a header in the sixth minute. Maria Paula Salas scored in the 24th. Katherine Alvarado converted on a penalty for Costa Rica in the 60th minute. Costa Rica has been to the World Cup just once before, in 2015. Panama has never qualified for international soccer’s most prestigious event.