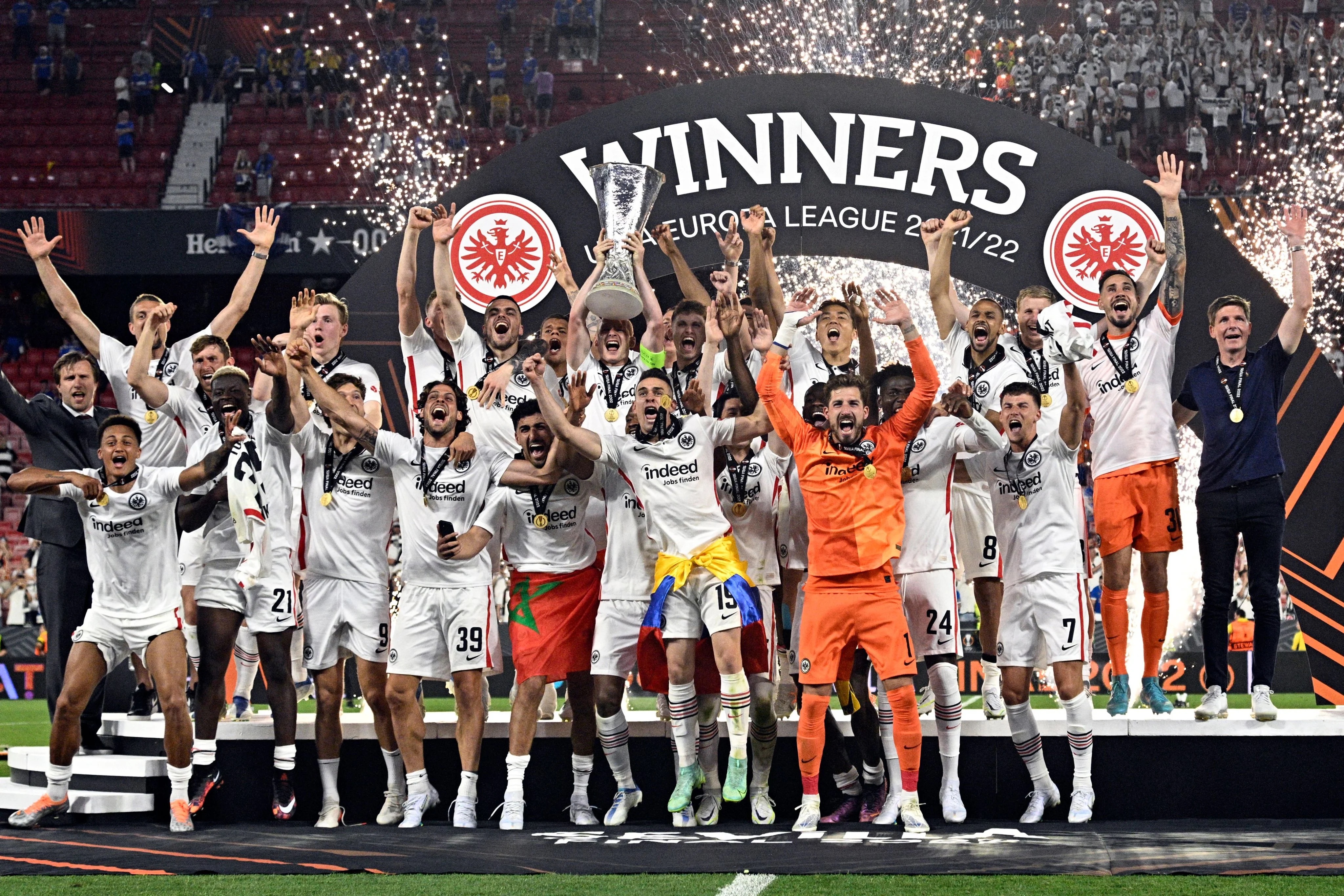 Statistics on Europa League final *Eintracht Frankfurt brought the UEFA Cup/Europa League trophy to Germany for the first time in 25 years, since Schalke did it in the 1996-97 season.*Eintracht became the 3rd team to win Europa League without being beaten throughout that season's competition, after Chelsea in 2018-19 and Villarreal in 2020-21.*Eintracht has scored in all 13 of their Europa League games of the season. It’s second such case since 2009 (when the tournament was rebranded to Europa League). Previously, only Chelsea in 2018-19 scored in every game starting from the group stages to the final.*As Europa League winner, Eintracht return to the European Cup/Champions League for the first time since 1960 (when they reached the final which they lost against Real Madrid). It is the longest wait (62 years) for a club to return to the top European club competition.*Eintracht coach Oliver Glasner became the first Austrian coach to win a major European club trophy since Ernst Happel who led Hamburg to the victory in European Cup in 1983.*Joe Aribo (Rangers) became the 2nd Nigerian to score in the final of a major European competition after Alex Iwobi who scored in Europa League final in 2019 for Arsenal vs Chelsea. *For the first time in UEFA Cup/Europa League history, two consecutive finals were decided on penalties (in 2021, Villarreal beat Manchester United 11-10 on shootouts).

* James Tavernier, the english captain of the  Rangers, is the first defender ,since Ronald Koeman in UEFA CL 1993/94, to be crowned as the Best goalscorer of an European Competition, this year's Europa League, scoring 7 goals .