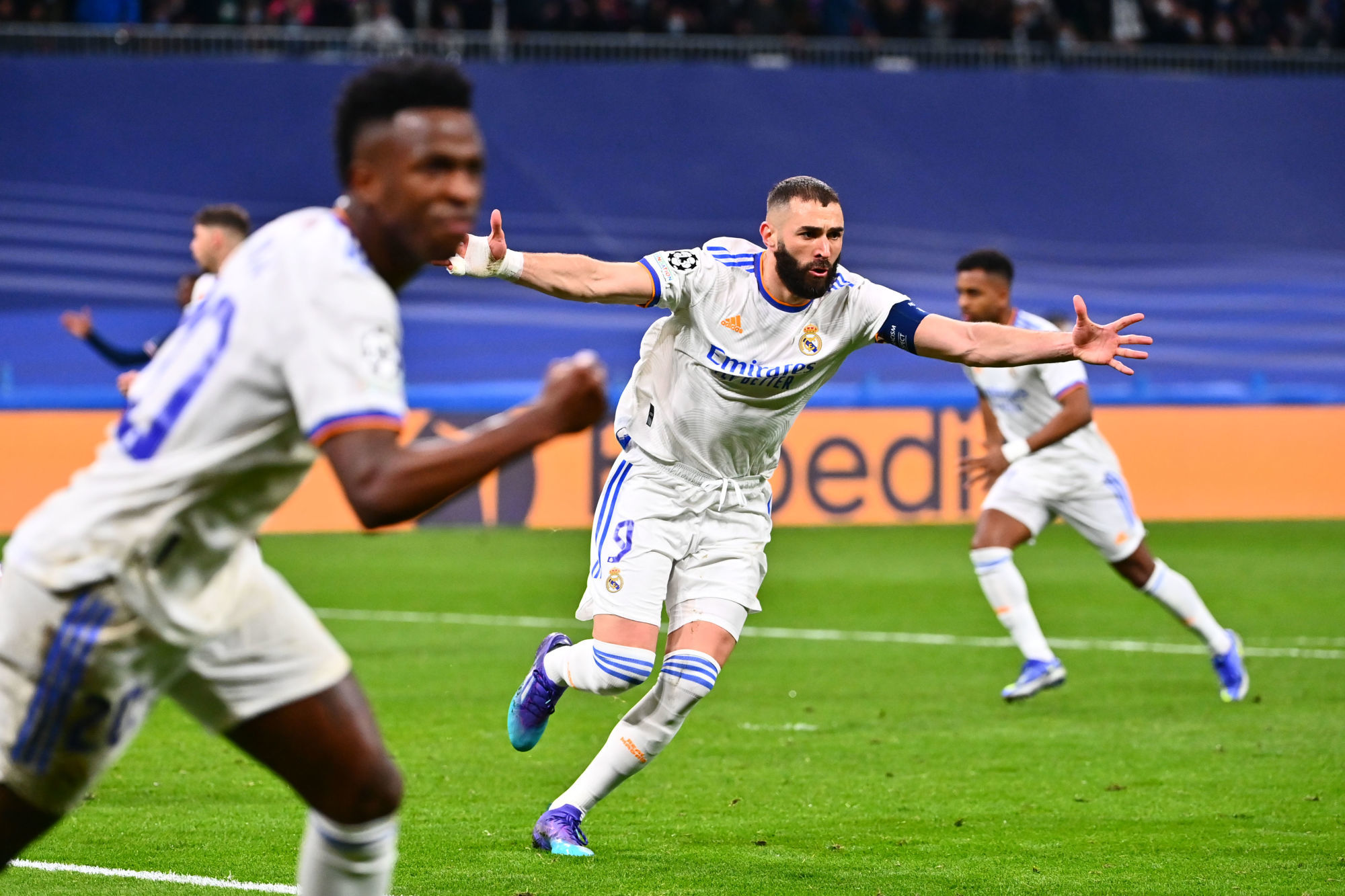 Karim Benzema scores the Champions League’s oldest hat-trick!*Karim Benzema (Real Madrid) has scored against Paris SG (3-1) a hat-trick which became the “oldest” in UEFA Champions League history since 1992. He did it at the age of 34 years 80 days surpassing Olivier Giroud who scored 3 goals for Chelsea vs Sevilla (4–0) on 2 December 2020 being 34 years 63 days old. *In the whole history of Champions Cup/Champions League (since 1955), Benzema is oldest player to make a hat-trick since Ferenc Puskás whose age was 38 years 173 age when he did it for the same Real Madrid on 22 September 1965.*Benzema’s hat-trick, which spanned just 17 minutes, became 5th fastest for Real Madrid in the Champions Cup/Champions League. The ones who did it faster are: Di Stéfano (5 minutes, vs Wiener SK, 1959),Amancio (7 minutes, vs Sparta Prague, 1968),Cristiano Ronaldo (11 minutes, vs Malmö, 2015),Puskás (15 minutes, vs Eintracht, 1960).*Benzema became also 5th player in Champions League history to score a hat-trick when exactly 3 goals were necessary for his team for a classification to next stage.The same feat was performed previously by:Van Persie (Manchester United), vs Olympiacos (3–0) on 19 March 2014,Cristiano Ronaldo (Real Madrid), vs Wolfsburg (3–0) on 12 April 2016,Cristiano Ronaldo (Juventus), vs Atlético Madrid (3–0) on 12 March 2019,Lucas Moura (Tottenham), vs Ajax (3–2), on 8 May 2019.*Benzema increased his overall tally for Real Madrid to 309 goals having surpassed Alfredo di Stéfano (308) in the historical list of the club’s top goal-scorers.He is now third best there after Cristiano Ronaldo (450) and Raúl (323).*In the Real Madrid all-time ranking for Champions Cup/Champions League goal-scorers, Benzema surpassed Raúl (66 goals) and is now the second behind Cristiano Ronaldo (105).*Benzema made his 500th start for Real Madrid in all competitions; he became the second foreign player to reach this milestone in the club's history after Roberto Carlos (524).