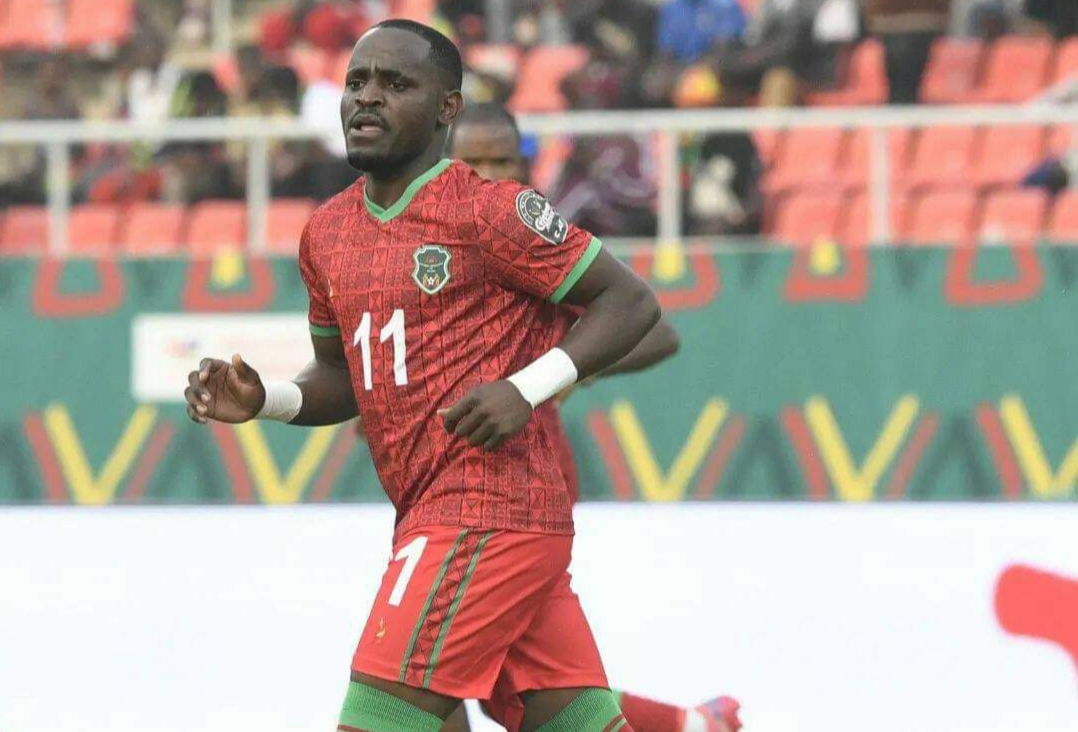 Picture : Gabadinho Mhango scored twice for Malawi and leaded his team to the first win !

Morocco are second to qualify for round of 16 as Ghana vs Gabon ends in drama.

Morocco defeated Comoros Islands at the Mfandena-based group C, 2-0 to become not only the second side to score more than a goal in one game in the tournament but also the second side to qualify for the round of 16. Incidentally, it was at the 16th minute that they got the curtain raiser through Selim Amallah who bestowed   determination as he overcame the compact Comoros defense to power the ball past keeper Salime Boina. They got the second a minute after regular playing time with Zakaria Aboukhlal’s goal requiring VAR confirmation for its validity. Comoros did put up a good show and their goalkeeper demonstrating outstanding qualities to become the first man in the tournament from the losing team to emerge most valuable player.

In the second group game,  Gabon and Ghana produced the most competitive, entertaining game yet; no wonder it ended in dramatic fashion. André Ayew was in line of duty on 18 minutes when, collecting a Thomas Partey cross from the left flank just outside the box sent a left foot screamer, beating keeper Jean Noel Amonome for the opener. Quite a nail-biting encounter it was and just when Ghana were about to celebrate the victory, substitute, Jim Emilien Ngowet flashed an arrow of a shot past keeper Joseph Wollacot to put scores at 1-1 on 89 minutes. The stoppage time that followed yielded nothing apart from the overflow of adrenaline that saw Ghanaian player, Benjamin Tetteh receive a red card for violating Aaron Salem Boupendza just after referee Lahlou Benbraham’s final whistle. Scorer, André Ayew emerged most valuable player. In that group, Morocco tally 6 pts, Gabon 4pts, Ghana 1 pt and Comoros Islands 0pt.

Earlier in the day, Senegal and Guinea shared the spoils at 50-50 when they played to a 0-0 tie in matchday 2 of group B at the Kouekong stadium. Guinea dominated the first half, emphasizing team work and pushing Senegal to settle for set pieces which yielded nothing in terms of goals. When it was Senegal’s half, three golden opportunities at the 56th, 62nd and 67th minutes were all trifled away. Guinea’s Naby Keita made away with the most valuable player award for the second time in the tournament.

Malawi became the third side to score more than a goal in a match in the tournament when they defeated Zimbabwe 2-1 in the second group B game. Ishmael Wadi gave Zimbabwe hopes on 38 minutes when he headed into the net from a ball lifted in his direction from the left flank. It took 5 minutes before Hellings Mhango connected a left flank cross into the net. He would be at it again at the 58th minute when he tiptoed from behind to seize the ball and lob the diving keeper. With two goals to his credit in the game, he was voted the most valuable player; an achievement he dedicated to his teammates. Senegal and Guniea now tally 4pts each, Malawi 3pts and Zimbabwe 0pt.

Tomorrow, the Garoua-based group D will come under focus with two games: Nigeria vs Sudan at 5 p.m. and Guinea Bissau vs Egypt at 8 p.m.