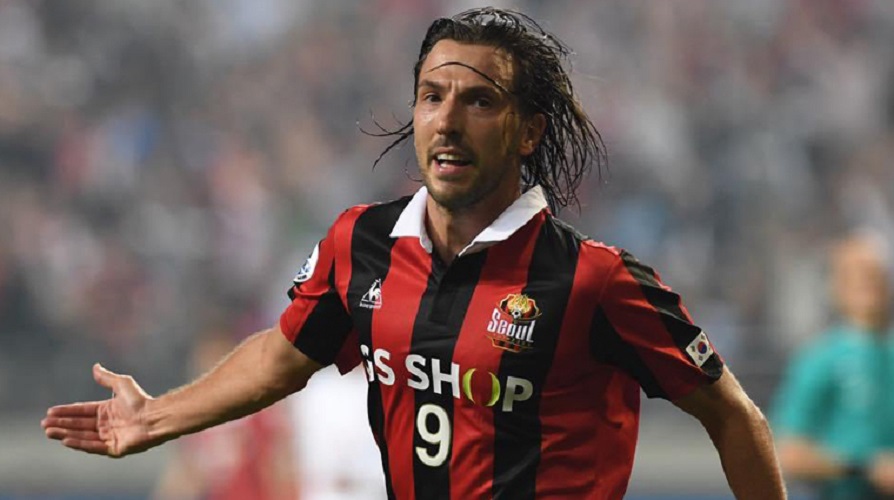 Dejan Damjanović and José Sand among the best goal-scorers at age 40+ in XXI century!Two players featuring in the national top divisions in 2021 attracted attention with a number of goals, unusually high for their age.Dejan Damjanović (Montenegro) has scored 32 goals for Kitchee in the league of Hong Kong although he turned 40 in 2021.José Sand (Argentina) has scored 25 goals for Lanús (including 21 in the league, 1 in Cup and 3 in Copa Sudamericana) at even more respectable age, 41 years.Apart from these players, only 3 others managed in the XXI century to score 20+ goals in a single calendar year at the age of 40+: Romario, Aleksandar Đurić and Carlos Saucedo. The most amazing is the case of Đurić who performed this feat in the league of Singapore for 4 years in a row, at the age of 40 to 43! Also a Bolivian Carlos Saucedo stunned with his 44 goals scored in 2019 when he turned 40: this is the new record for the super-veterane since then. All such cases are summarized in the table below. “Age” means exact age of a player at the end (December 31) of the given year.José Sand is worth talking about separately. He accomplished his feat in one of the strongest leagues in the world, so his achievement is especially valuable.Apart from the mentioned above, Sand broke the national record of the legendary striker Ángel Labruna whose last goal for River Plate was the oldest goal in Argentina's league history. Labruna scored it on May 14, 1959 at the age of 40 years 238 days.This record was kept for 62 years, until José Sand took the stage. He has broken Labruna's feat already many times; at the moment, he pushed the mark to 41 years 141 days (his age on December 5, 2021 when he scored his currently last goal for Lanús, against Rosario Central, 2-2).In addition, Sand is the 3rd oldest player to score in the Copa Sudamericana; he scored 2 goals on May 21, 2021 in the game Lanús - La Equidad (Colombia), 4-1, at the age of 40 years 308 days.The older goal-scorers in this tournament are two Uruguayans:Richard Pellejero (scored twice for Serro vs Cajamarca (Peru), 3-1, on May 1, 2019 at 42 years 336 days);Diego Scotti Uruguay (scored twice for Boston River vs Jaguares de Córdoba (Colombia), 3-0, on May 11, 2018 at 41 years 117 days).