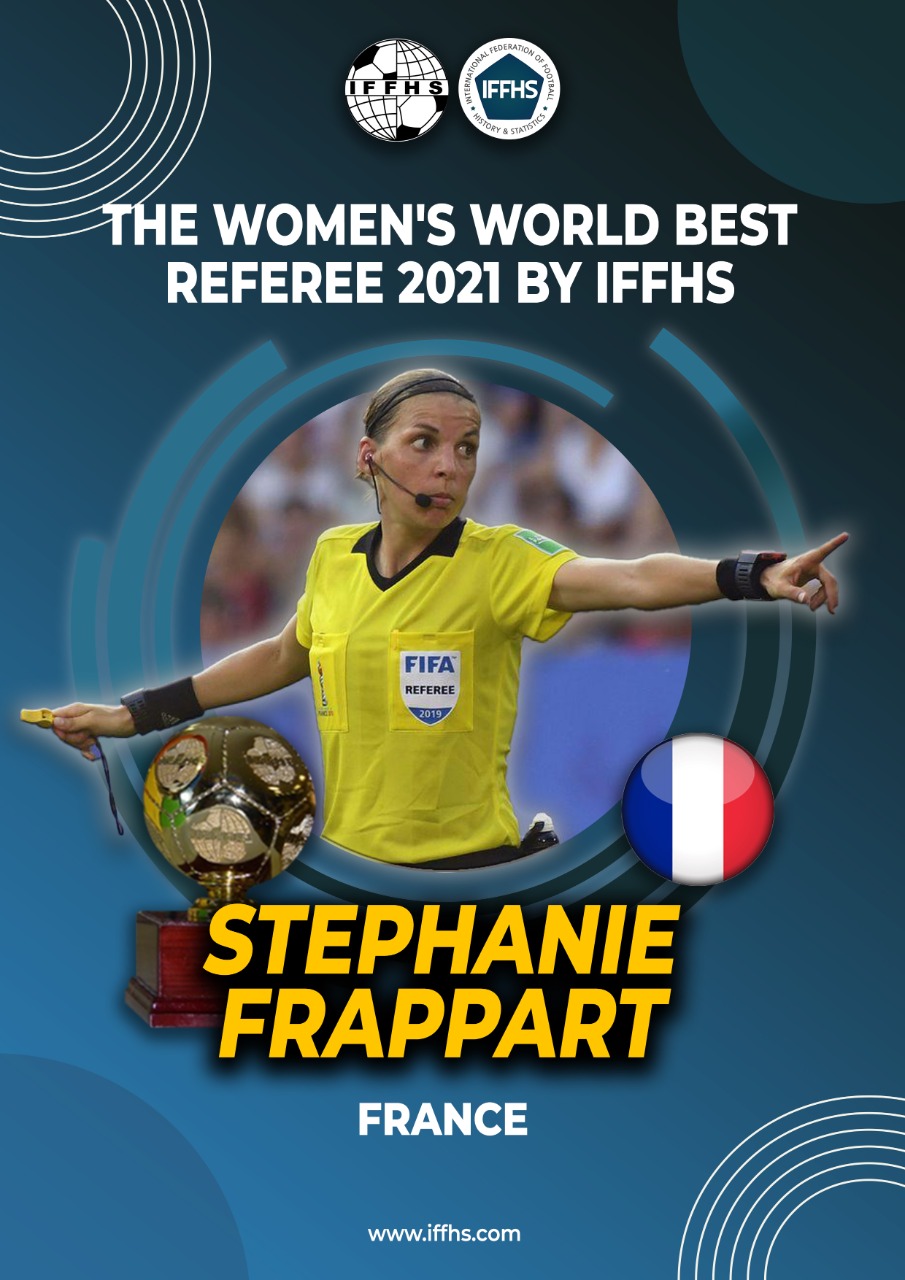 Since 2019, Stephanie Frappart dominates the ranking of the Women's World Best Referees ! In 2021, she won again the IFFHS Award by a large margin before Russia's Top Referee Anastasia Pustovoitova. Frappart became in 2021 the first women to officiate at an UEFA Men's Euro final stage ! She was already the first for the Men's European SuperCup final Liverpool - Chelsea and for the Men's Champions League competition the game Juventus - Kiev. Her example gave the opportunity for other women referees in the World to officiate in the greatest men competitions in all continents.