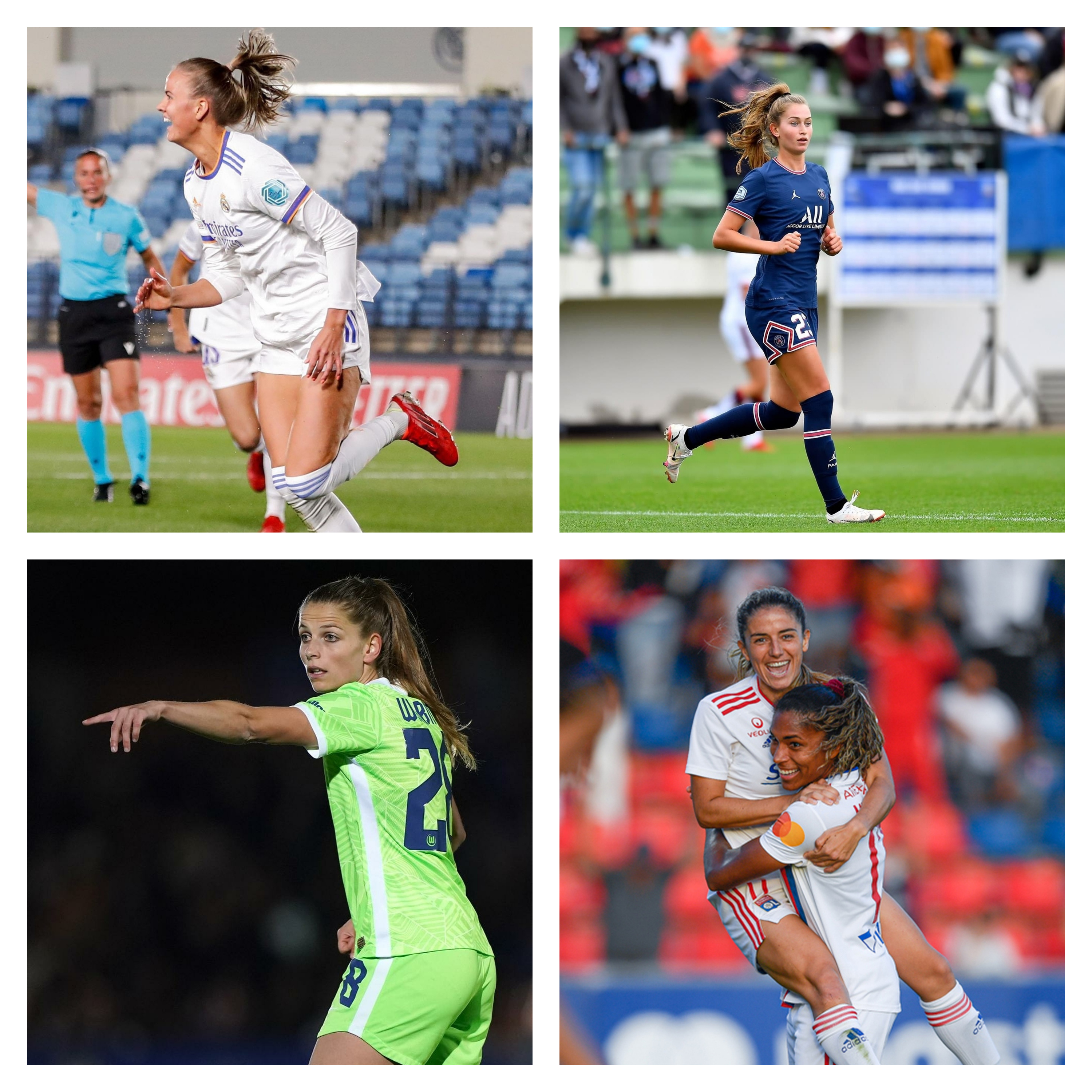 *16871 fans at Juventus Stadium  for the game Juve – Chelsea. It was the biggest ever attendance in the Women’s Champions League, before the quarter finals and an italian record in UEFA women’s club football.

*Canadian youth star Jordyn Huitema, who was the first canadian player to score with the teams U17, U20 and A in the same year, realized a hat trick with Paris SG against Ukraine’s Zhytlobud ! A great performance , she replaced Marie Antoinette Katoto, the best Goal Scorer in France !

*Second win in two games for Real Madrid in the Women’s Champions League ! Denmark’s Caroline-Sophie Möller was the match winner with 3 goals and one assist against Breidablik !

*Already 4 goals in two games for Tabea Wassmuth for Wolfsburg ! She joined her club in July from Hoffenheim ,becoming quickly an effective Goal Scorer. Two goals in Chelsea and two against Servette !

*Lea Schueller scored again two goals for FC Bayern in the Champions League against Hacken and is able to take alone the leadership of the IFFHS World’s Best Goal Scorer Ranking at end of the month !

*After Manchester United earlier this year, Tobin Heath has joined Arsenal and scored yesterday her first Champions League goal ! With Vivianne Miedema, she composed a great offensive duo which contributed to the large win against Hoffenheim.

*Barcelona’s coach Giraldez has changed his team in many positions to play Kobe in Denmark. Without captain Alexia Putellas, and Bonmati, Caldentey, Mapi Leon, Oshoala on the bench, Barcelona needed the second half to make the difference with a goal of Jennifer Hermoso, the first since a long time.