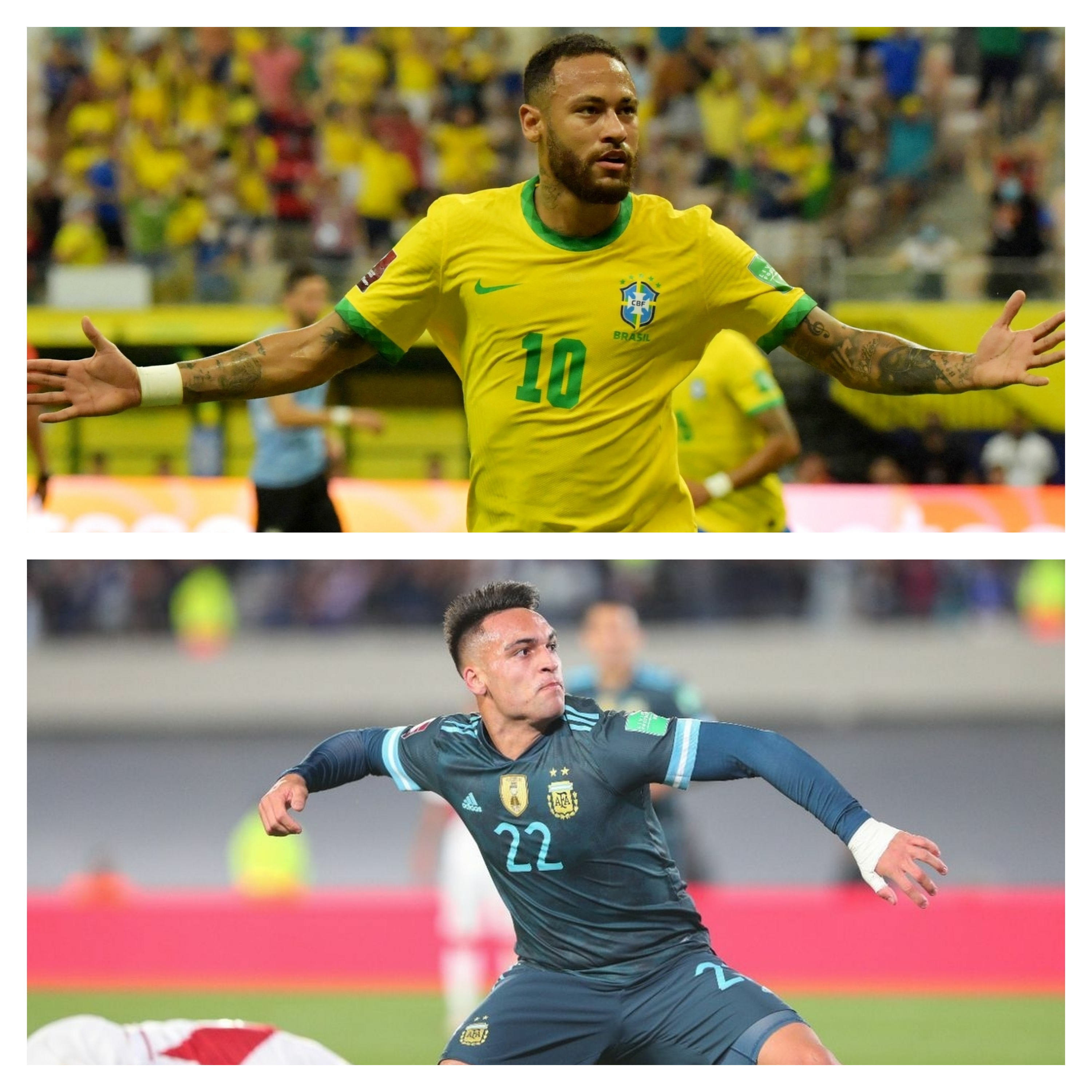 Picture : Neymar and Lautaro Martinez were efficient with Brazil and Argentina !

South America statistics on WC 2022 qualifiers of 14 October*After the game vs Peru (1-0), Argentina has not lost a match since 2 July 2019 (2-0 vs Brazil in the Copa América semifinal). Their current streak (25 games in a row without losing) is the best current series in the world and the second best in all the history of the Albiceleste.*Argentina collected 25 points in their first 11 qualifying matches for WC 2022. It is their second best mark in its history, only behind what was achieved with Marcelo Bielsa, on the way to WC 2002 (28 points after 11 games).*Yoshimar Yotún (Peru) is the 1st player to shoot a penalty into the crossbar since the South American qualifiers are played with the current format (1998-2022: all against all round-trip in a single group).*Yotún is the first Peruvian player to miss a penalty since Claudio Pizarro did it, also against Argentina, on September 11, 2012.*After the win vs Uruguay (4-1), Brazil have 28 matches in a row without losing in the qualifiers. Only England (29) have a better current streak. Brazil need just 3 games to reach their record of 31 consecutive games without defeat in qualifiers between 1954 and 1993 (this is also South American record).*Neymar (Brazil) equals Alexis Sánchez (Chile) as the best assistant in the South American qualifiers since the current format is used (15 assists for each). Behind them both, Messi (13) and Luis Suárez (13).*Luis Suárez has scored from a direct free kick in a qualifying match for the first time in 9 years, since October 16, 2012 (vs Bolivia).*No one has scored a direct free kick visiting Brazil in the qualifiers since June 10, 2009 (when it did Salvador Cabañas with Paraguay).*Uruguay have lost 2 matches in a row (vs Argentina and vs Brazil) for the first time since November 2018 (vs Brazil and vs France).*Neymar has scored his 13th goal in qualifiers; it’s national record. Zico and Romário (both 11) are behind him.*Erick Pulgar is the first Chilean player to score two headers with passes from the same teammate (Alexis Sánchez) in a qualifying match since Ivan Zamorano (assisted by Marcelo Salas) against Ecuador on July 6, 1996.