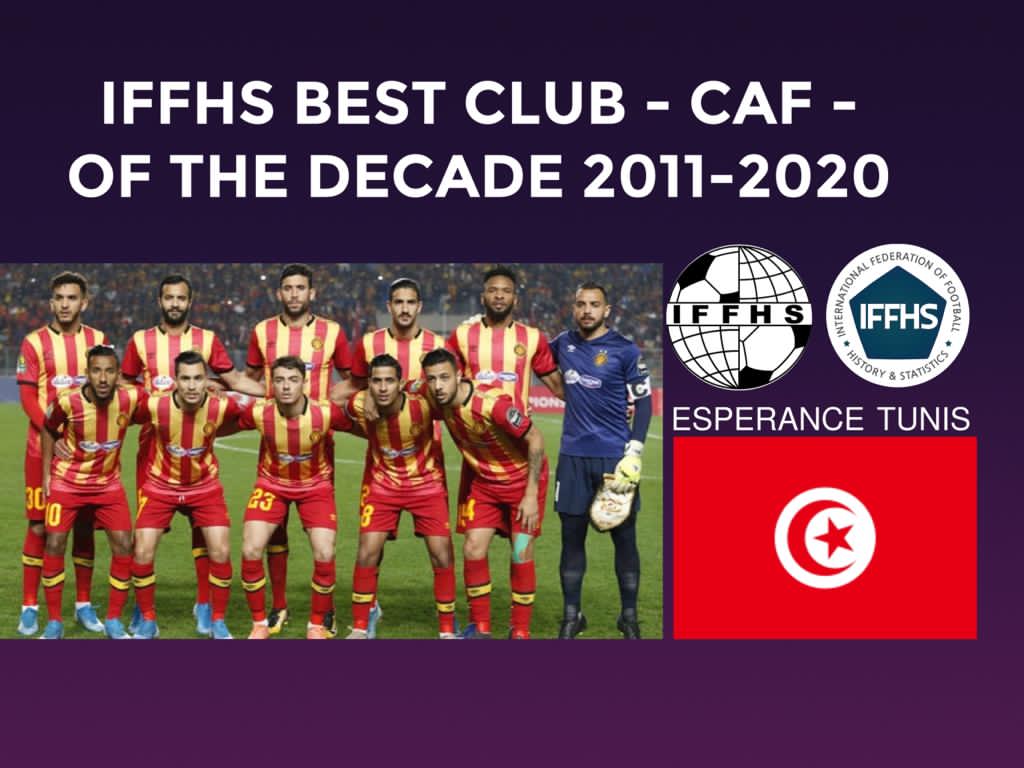 In Africa, the 3 best clubs of the first decade (2001-2010) composed again the podium of the second decade with another winner. Esperance Tunis (second in 2001-2010) is the BEST CAF CLUB OF THE SECOND DECADE 2011-2020 with a little margin before the first decade winner, Egypt's Al-Ahly and the second Tunisian club, Etoile du Sahel, at the third place like in the first decade. The yearly points scored by the clubs in the CLUB WORLD RANKING by IFFHS are added from 2011 to 2020 to determine this continental Ranking.