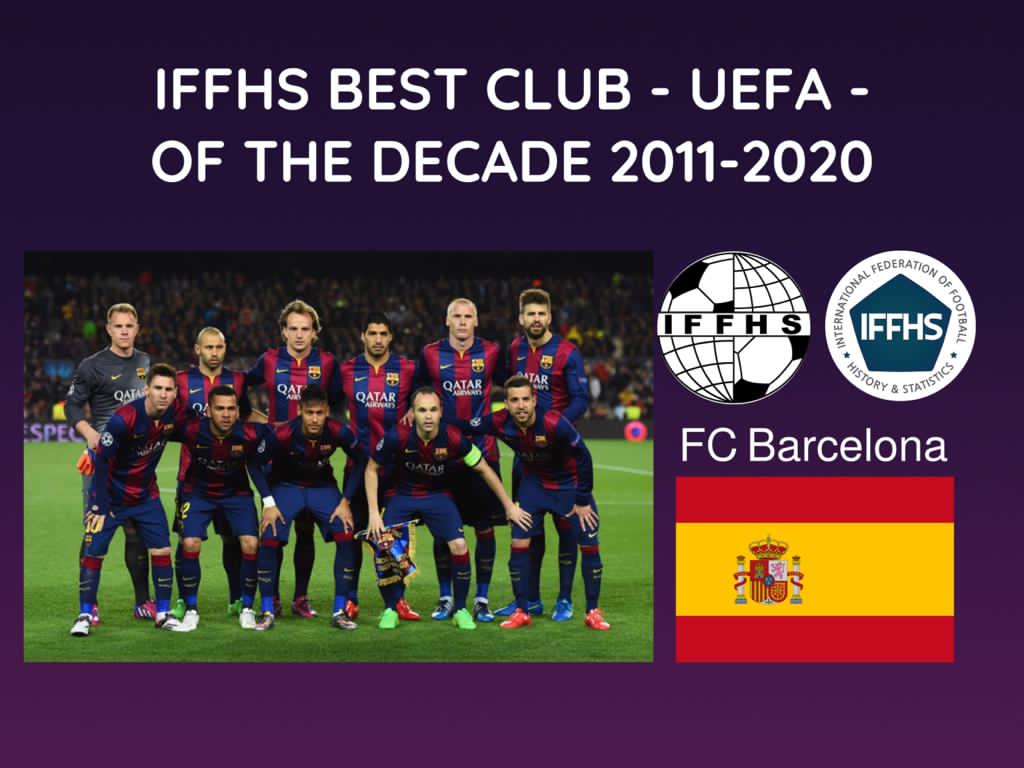 The yearly points scored by the clubs in the CLUB WORLD RANKING by IFFHS are added from 2011 to 2020 to determine the  Continental ranking. So the FC Barcelona was again, after the first decade 2001-2010, crowned as THE BEST UEFA CLUB OF THE DECADE 2011-2020 with a little margin before his spanish rival Real Madrid and UEFA Champions League holder, FC Bayern München. Three Spanish clubs (Barça, Real and Atlético) took place in the Top 5, and four English clubs (Chelsea, City, United and Arsenal) in the Top 10. Madrid, London and Manchester have each two clubs un the UEFA Top 10 !