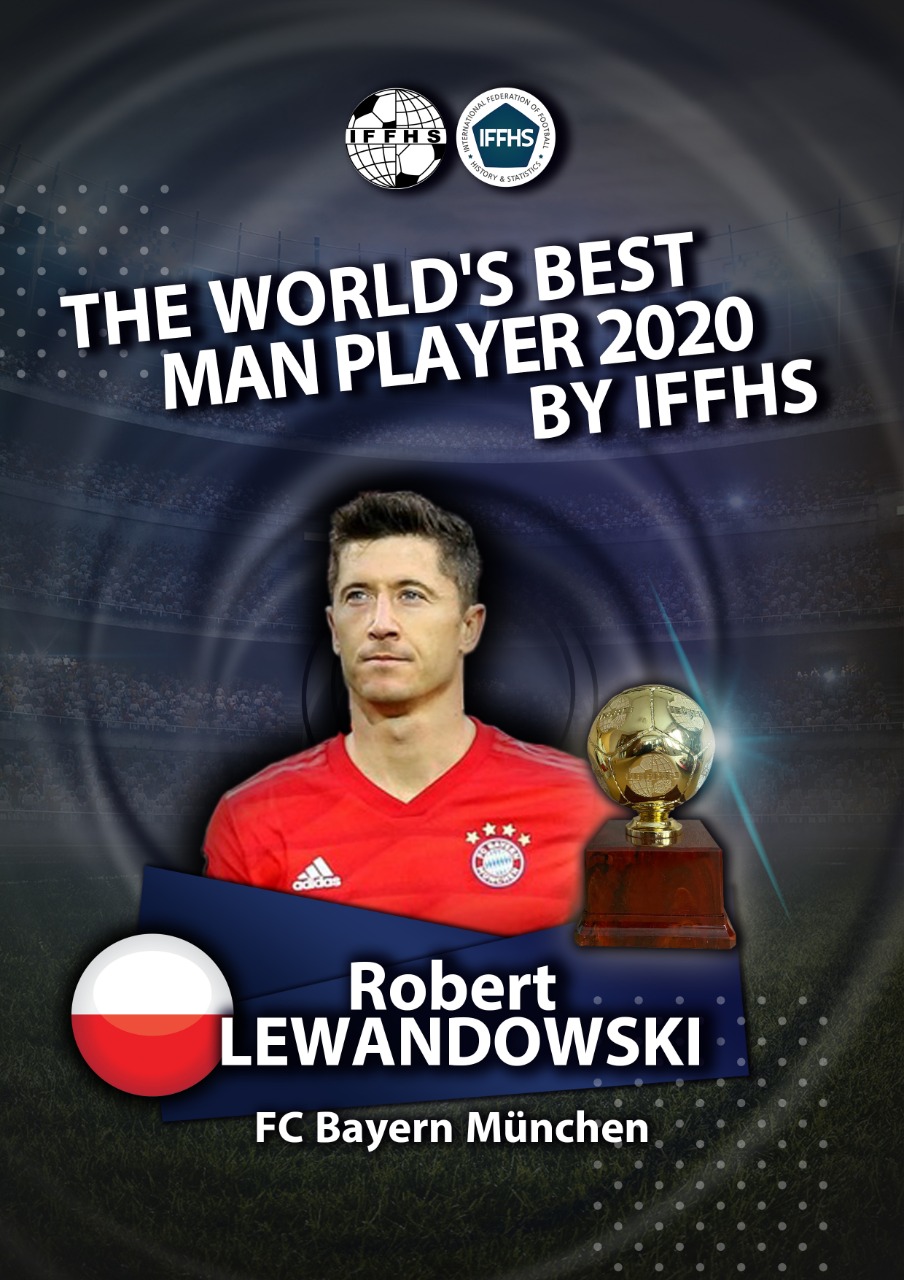 2020 was the year of Robert Lewandowski. The 32-years-old striker won all that he could in this year, contributing a whopping 55 goals in 47 matches to Bayern Munich’s exceptional 2019/20 treble triumph. The Polish striker won Bundesliga,  German Cup and UEFA Champions League and finished as top scorer in all three competitions. Top scorer, with 34 goals, for the third time in row in the Bundesliga and fourth, with 6 goals, in the DFB Cup. In the UEFA Champions League he scored 15 goals. In the same year he won five trophies with Bayern Munich, including UEFA Super Cup and the German Super Cup !

On 16 December, 2020, he became the third player in Bundesliga history to score 250 goals, behind Gerd Muller (356) and Klaus Fischer (268). Lewandowski scored more goals in the 2020 than any other player in the top European Leagues, scoring at least 40 goals in each of the last five years ! He was crowned in all competitions and recognized by the World of Football !