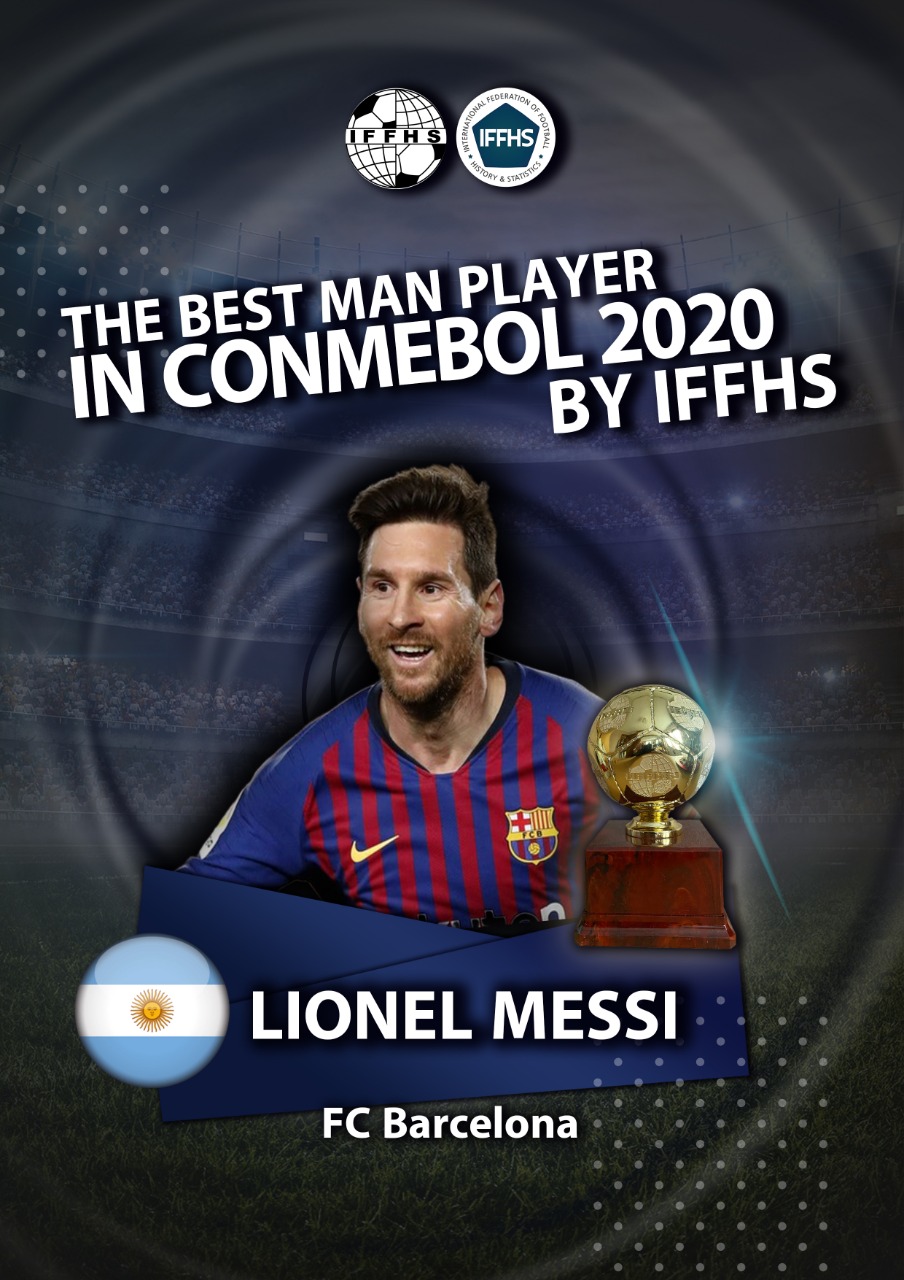 LIONEL MESSI WHO ELSE !

Argentine Lionel Andrés Messi (FC Barcelona / Spain) has been chosen by the IFFHS as the CONMEBOL footballer of the year, for which the performance of South American footballers in their clubs and national teams throughout 2020 was taken into account. Messi has tried to be the leader of a team in transition, hit by sporting results and the departure of several leading figures. On the other hand, and after the inactivity imposed by the covid-19 pandemic, the beginning of the qualifying activity for the 2022 World Cup showed Messi very committed and established as a leader in all aspects. In addition to other distinctions received during the year, this award as the best South American soccer player is strict justice. Lionel Messi has already won 10 other individual IFFHS Awards in his career ! A Record !