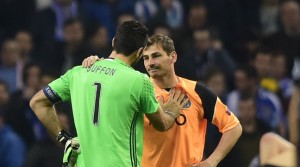 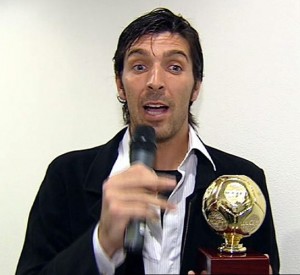 Italian Gianluigi Buffon has been selected as the 2017 World’s Best Goalkeeper in the 31th annual Awards by the IFFHS.

It was the fifth time Buffon has won the Award which was decided by football experts from 91 countries around the World and announced today by the IFFHS in Zurich.

Buffon who plays for Italian club Juventus had won the title in 2003, 2004, 2006 and 2007 and had six times previously finished runner-up behind Iker Casillas and Manuel Neuer.He polled 251 points to win clearly before Neuer (FC Bayern München/Germany) on 103 points with Keylor Navas (Real Madrid CF) third on 85 points.

The italian keeper has had a career of 856 matches including 175 international caps with Italy, has been in the World’s Top 3 over the past 15 years, has been crowned as the IFFHS Goalkeeper of the Decade (2000-2010) and is now level with Casillas who has also won five IFFHS Awards .

At 39 years old, Buffon has played a fantastic season with FC Juventus and since 2001 has won 10 Serie A titles, was keeper when Italy won the 2006 World Cup but was unlucky this year when the national team failed to qualify for the 2018 World Cup finals in Russia

Manuel Neuer, winner of the last four Awards, missed many games this year through injuries but still polled strongly to hold off the challenge by Navas, Jan Oblak and David De Gea.