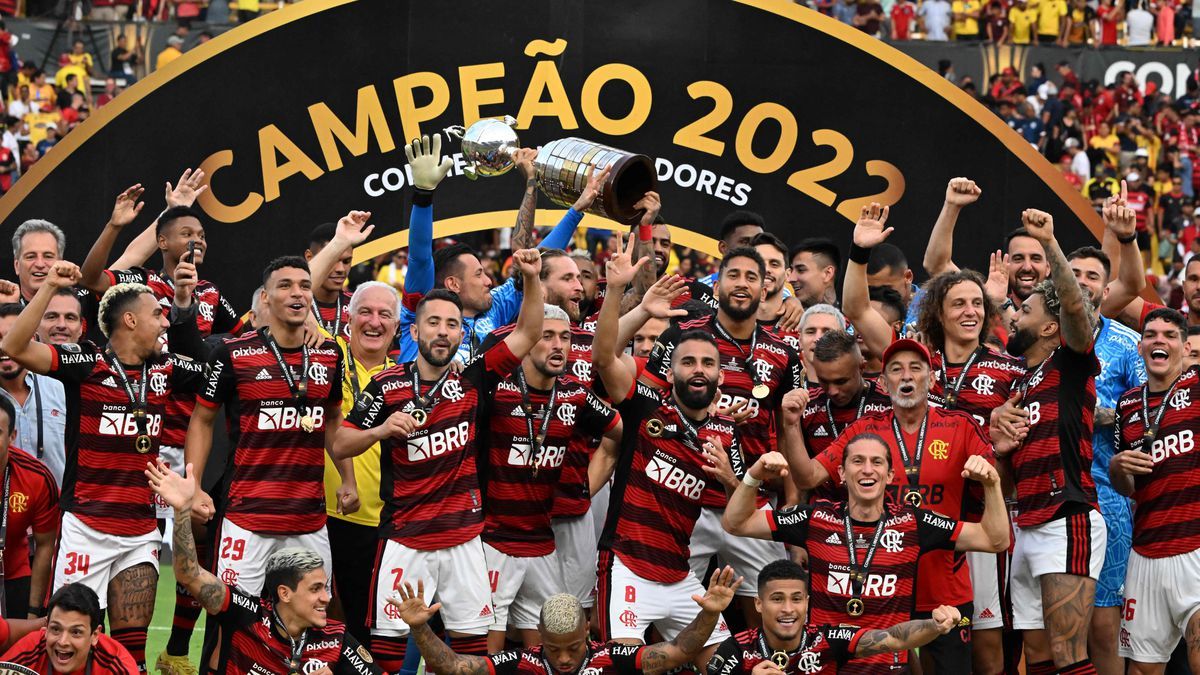 It was again « Gabigol » who decided the winner of the 100% Brazilian final of the Copa Libertadores yesterday at the Estadio Banco Pichincha, in Guayaquil, Ecuador. Already titled twice (1981 and 2019) but beaten last season by Palmeiras, Flamengo won against Athletico Paranaense, who were playing their first final in this competition. Reduced to ten against eleven after the expulsion of defender Pedro Henrique for a second yellow card at the end of the first period, Paranaense cracked in added time of the first act with a point-blank goal from Gabriel “Gabigol” Barbosa (45th + 4 ). Luiz Felipe Scolari, the former coach of Brazil, is therefore beaten and does not win a third Copa Libertadores .

Copa Libertadores statistics on final game*After the victorious final vs Athletico Paranaense (1-0), Flamengo equalled Grêmio, Palmeiras, Santos and São Paulo as Brazilian clubs that have won the Copa Libertadores the most times (3). *Brazilian teams have won 9 of the last 13 editions.*It was the third consecutive final between Brazilian teams in the Copa Libertadores and the 6th between clubs from the same country, after São Paulo vs Athletico Paranaense in 2005, Internacional vs São Paulo in 2006, River Plate vs Boca Juniors in 2018, Palmeiras vs Santos in 2020 and Palmeiras vs Flamengo in 2021.*Flamengo is the first club in the entire history of the Copa Libertadores that wins all the matches of the tournament from the round of 16 onwards.(vs Tolima 1-0, 7-1, vs Corinthians 2-0, 1-0, vs Vélez Sarsfield 4-0, 2-1, vs Athletico Paranaense 1-0).*Flamengo won 12 out of 13 games in this edition of Copa Libertadores (92%). This is best ever winning percentage in the same edition of the tournament among teams with 10+ games played. Cruzeiro had 85% in 1976 (11 wins from 13 games), Vasco da Gama 80% in 2001 (8 from 10). *Flamengo became 8th undefeated champion in the Copa Libertadores history. The previous cases are: Peñarol in 1960 (no losses in 7 games), Santos in 1963 (4), Independiente in 1964 (7), Estudiantes in 1969 (4) and in 1970 (4), Boca Juniors in 1978 (6) and Corinthians in 2012 (14).*Flamengo equaled the record for consecutive victories (9) in the history of Copa Libertadores that belongs to Palmeiras and can set the new record at the start of next edition. *Gabriel Barbosa is the 3rd player in the history to score in 3+ different finals of Copa Libertadores (2019, 2021, 2022).Pedro Rocha also scored in 3 finals (1965, 1966, 1974). The record holder is Alberto Spencer with scoring in 4 finals (1960, 1961, 1962, 1966).*Gabriel Barbosa has scored his 4th goal in the Copa Libertadores finals. He is 7th player in the history of competition with such feat. Thiago Neves, Marcelo Delgado, Zico and Pedro Rocha are other players with 4 goals in the finals.

The record holder is again Alberto Spencer with 8 goals, and next after him is Coutinho (5).