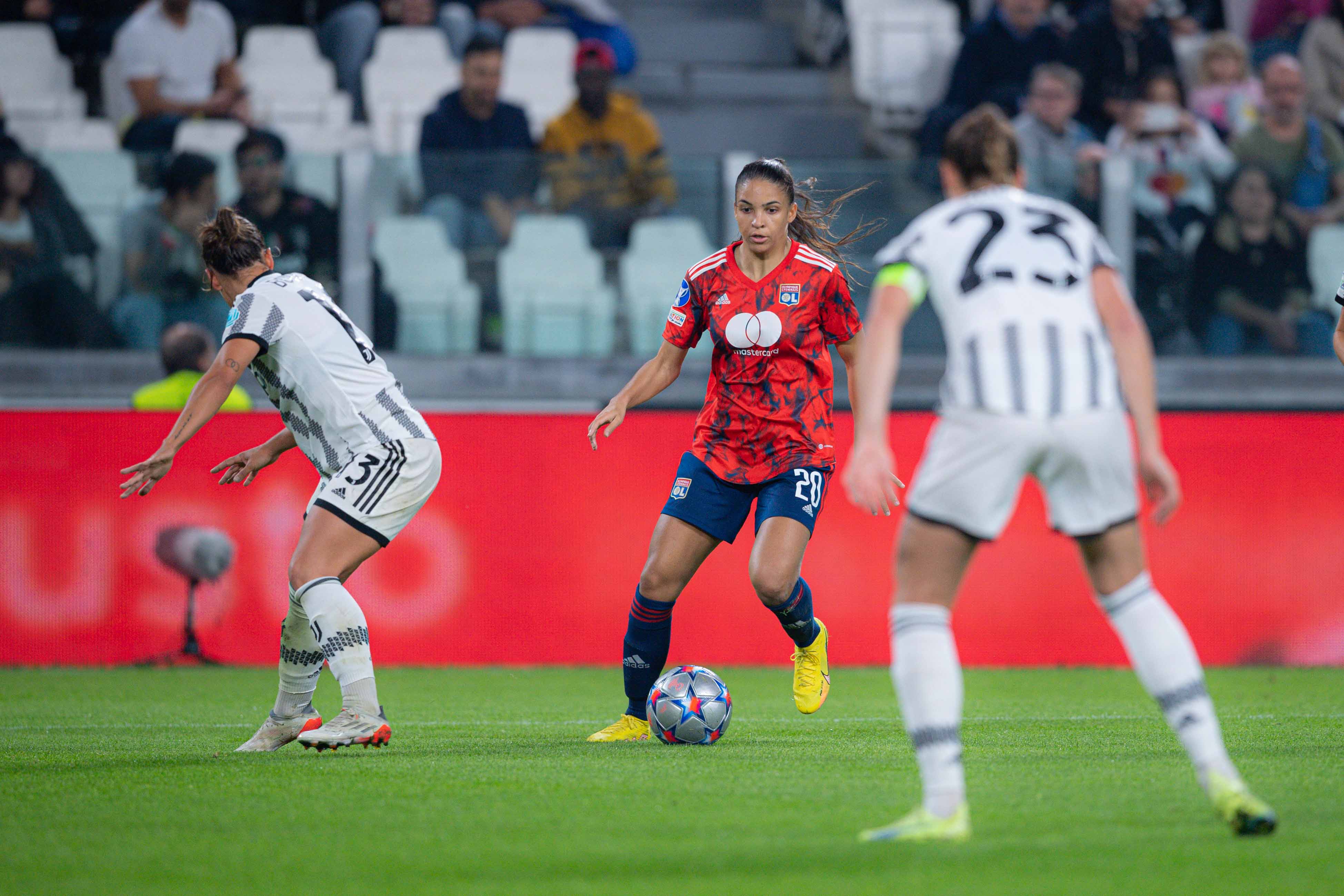 Picture : Delphine Cascarino was the best Lyon player yesterday, but it was not enough to win in Turin !

-       Australian Samantha Kerr scored her first UEFA Champions League goal in 2022 yesterday for Chelsea, but she made right away 4 goals in the same match against Vllaznia ! So she added already 31 goals in all competitions with club and national team this year !

-       Wolfsburg’s Ewa Pajor continued to score match after match. She scored already her 24th goal (the second in two Champions League games) since her return from injury end March 2022 !

-       Paris SG has not scored in the two first games of Champions League ! Without Marie Antoinette Katoto, leader of the IFFHS World’s Goalscorers ranking in June (28 goals) before her injury, Paris has many difficulties to find the way to the goal ! Last year, they had won their 6 group stage games with 25 goals !

-       AS Roma counted on Manuela Giugliano to add a second win in Austria’s St Pölten . Manuela, who scored only two goals for her club in 2022, scored twice to save her team after a 0-2 15 minutes before the end !

-       Never in his history, Olympique Lyon has only taken one point after the two first group games ! After the defeat at home against Arsenal, Lyon added only a draw in Turin against Juve. Only Delphine Cascarino came back in the Lyon squad where Sonia Bompastor has always 8 players injured !

-       FC Barcelona scored already 13 goals in 2 games ! In Rosenborg, Aitana Bonmati and Mariana Caldentey made it twice to allow their team to take sovereign the leadership of the Group.

-       What a game in Lisbon where Benfica led 2-0 before that Georgia Stanway, the english Europe Champion, scored twice in the last minutes to give the 3 points to FC Bayern München. And German Goalkeeper Maria Grohs stopped a penalty in the same last minutes !