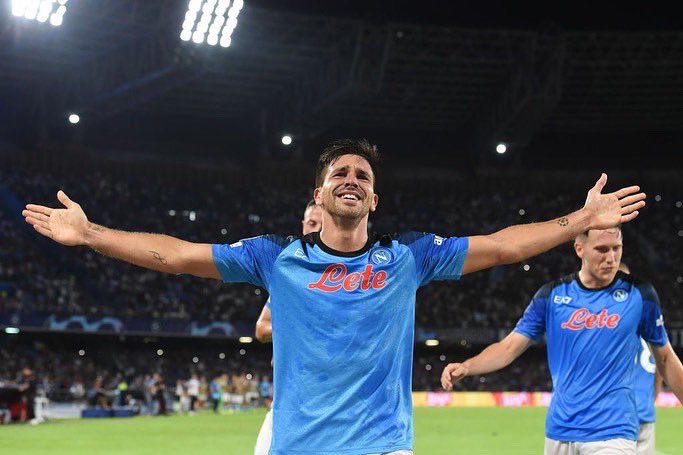 Statistics on Champions’ League group stage round 5 (October 26)*Diogo Costa (Porto) who stopped a penalty from Noa Lang in the game vs Club Brugge (4-0) became the first goalkeeper to save 3 penalties in a single Champions League season. *Inter, with 4-0 win vs Viktoria, have repeated their maximal home wins in Champions League. They beat Artmedia on 23 November 2005 and Werder on 29 September 2010 with the same score.*Edin Džeko (Inter), with his brace vs Viktoria, has scored 5 Champions League after turning 35 years. Only one player in the history of competition (Didier Drogba) did the same, and one scored more at this age period (Cristiano Ronaldo, 12).*Džeko has found the net in his 5th consecutive Champions League appearance vs Viktoria Plzen. Only Cristiano Ronaldo made the similar before. He has 2 series with scoring vs the same opposition in 5+ UCL games: 7 vs Juventus and 6 vs Ajax.*Napoli (after 3-0 win vs Rangers) came to 20 goals scored for 5 matchdays. No Italian clubs have scored so much even for the whole group stage in the UCL history.*Giovanni Simeone (Napoli) has scored 4 goals in his first 4 matches in Champions League. Only one Argentinean player did the same for the whole history of the competition: … his father, Diego Simeone.*Ajax have fielded vs Liverpool (0-3) their oldest starting lineup in Champions League history (with an average age of 27 years 295 days).