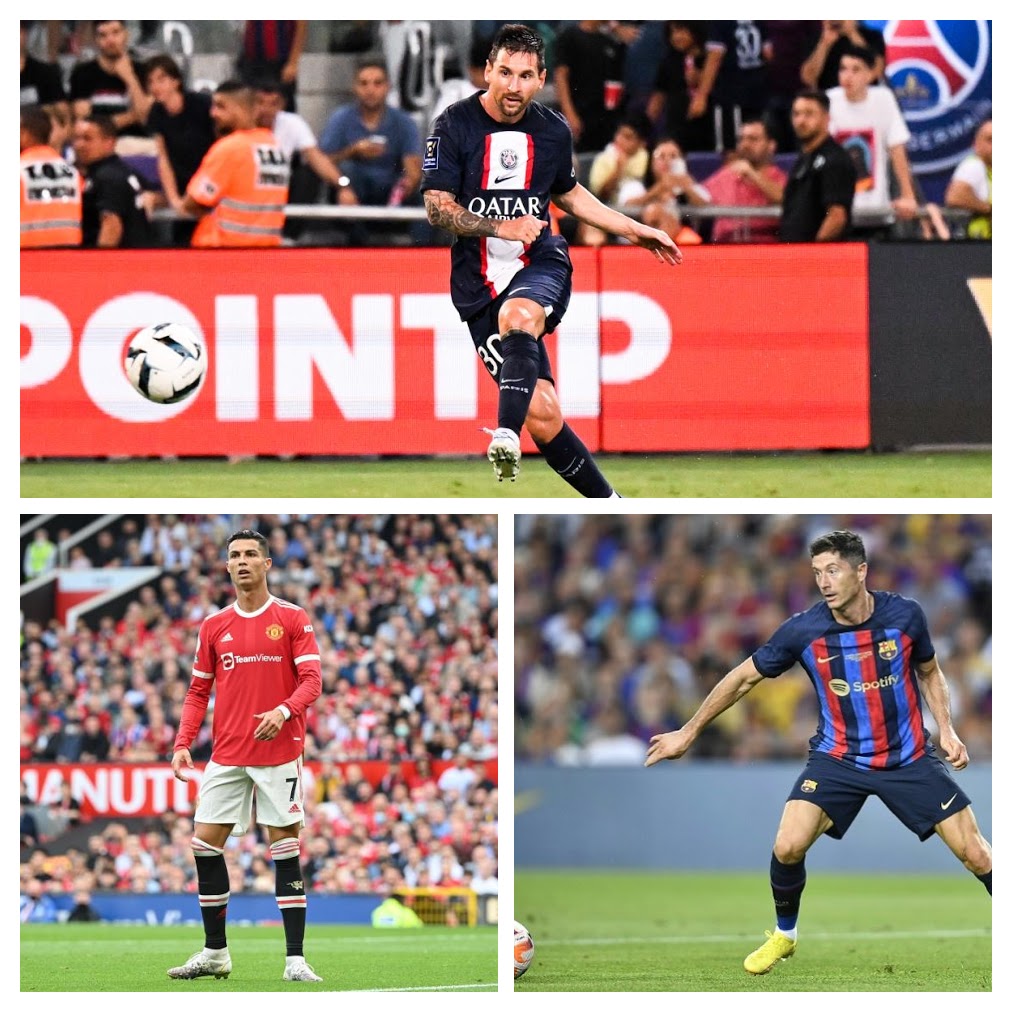 Picture : the Top 3 of the World Ranking.

IFFHS World ranking for best one-league goal-scorers of XXI CenturyThis is the first time we publish the ranking of the best one-league goal-scorers of XXI Century.5 players have managed to score 300+ goals in the current century in the same league; 11 players have reached the milestone of 250 goals. They are listed in the table below.Two players more are included in this list conditionally. They have not scored 250 goals in XXI, but adding the goals they scored XX Century, they collect this amount. At the same time, they scored a significant part of the one-league goals (more than 65 percent) in XXI so they can conditionally be considered the goal-scorers of XXI Century.Among those 5 that reached 300-goal mark, two did it just in 2022: Robert Lewandowski in Germany and Nicolás Muñoz in El Salvador. Both of them have recently left the leagues where they were so successful.Lewandowski, having changed Bayern to Barcelona, interrupted his stellar epic in the Bundesliga with 312 goals scored over 12 seasons. This result made him the world’s 2nd one-league goal-scorer of XXI Century behind Messi. The Pole is 1 goal ahead of Cristiano Ronaldo, who scored 311 goals in the Spanish League.Muñoz scored 306 league goals in El Salvador, setting a new league record. He shone there for 18 seasons, with couple of short breaks. This summer, the 40-year-old Panamanian returned home to play in his native championship.Thus, at the moment, there is not a single member of the “Club 300+ one-league goals” left in world football who would now be a player in the league where he scored a lot of goals. Therefore, the top part of this ranking will be frozen for some time (maybe for a long time).It is not to be expected that those still active players (in bold) between 250 and 300 one-league goals will be able to get to 300 as each of them is well aged.