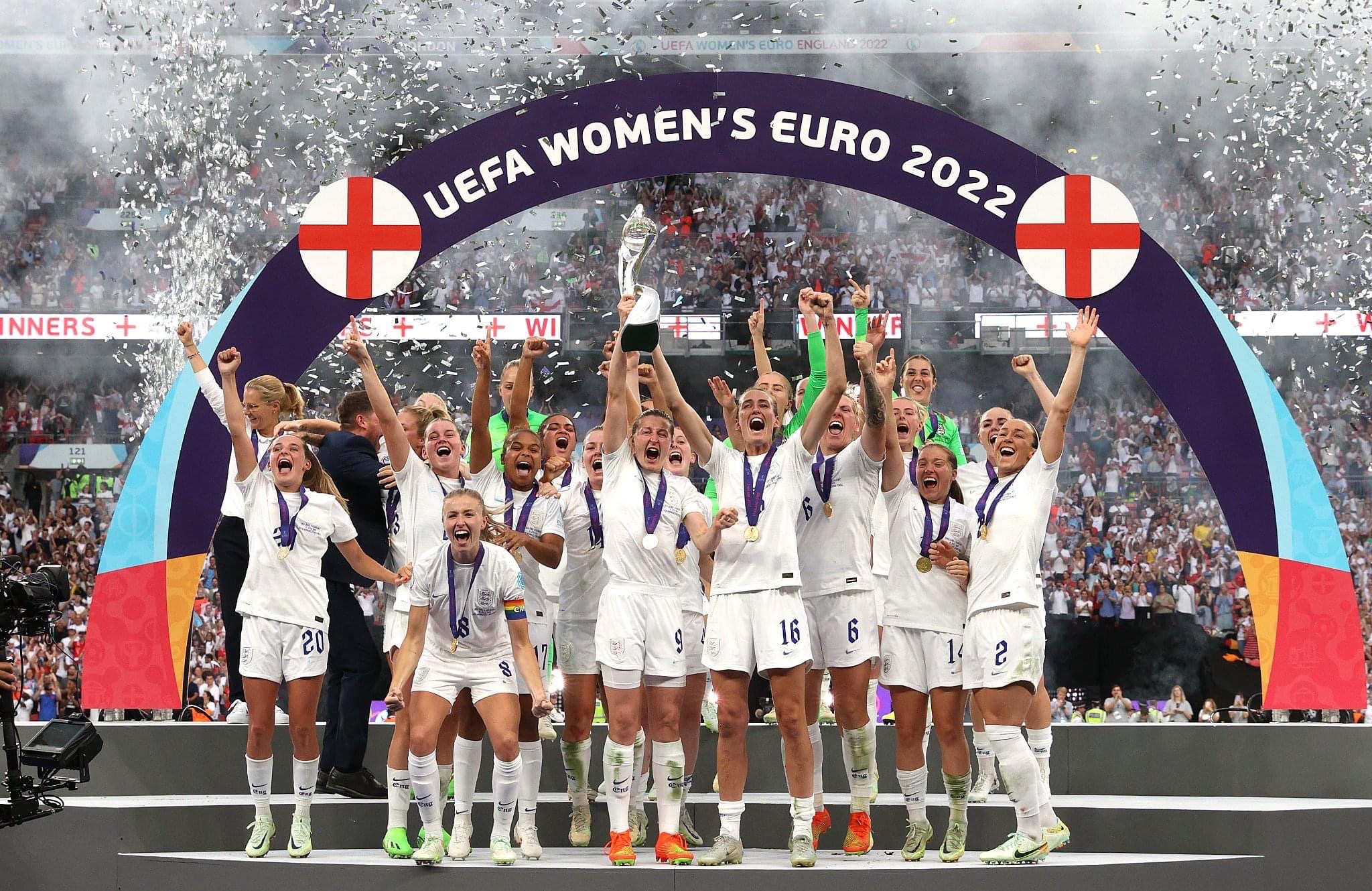 England won a major women’s tournament for the first time as Chloe Kelly’s extra-time goal secured a 2-1 victory over Germany at a sold out Wembley on Sunday. In front of a record crowd of 87,192 for any match in the history of the European Championships, Kelly prodded home a loose ball from close range to end English football’s 56-year wait for a World Cup or Euro victory. England looked set for victory in the 90 minutes when substitute Ella Toone’s sublime chip over Merle Frohms put the hosts in front.Germany showed remarkable resilience to bounce back as Lina Magull levelled 11 minutes from time. But for once, England were not to be denied a major tournament success.

Kelly fought back from an anterior cruciate ligament tear to be fit in time for the tournament and made herself a national hero by being in the right place to pounce when Germany failed to clear a corner in the 110th minute. Fortune did not favour Germany, who lost captain and top goalscorer Alexandra Popp to a muscle injury in the warm-up. But England will feel their time for some luck was due as 12 months on from the Three Lions’ defeat on penalties to Italy in the Euro 2020 men’s final, the nation’s women went one better. England (UEFA winner) will play Brazil (CONMEBOL winner) in the first ever women's Finalissima in February 2023 ! Sarina Wiegman became the first manager to win back to back EURO titles with two different teams (Netherlands 2017, England 2022), both teams had never won before a major title and both won the competition unbeaten !