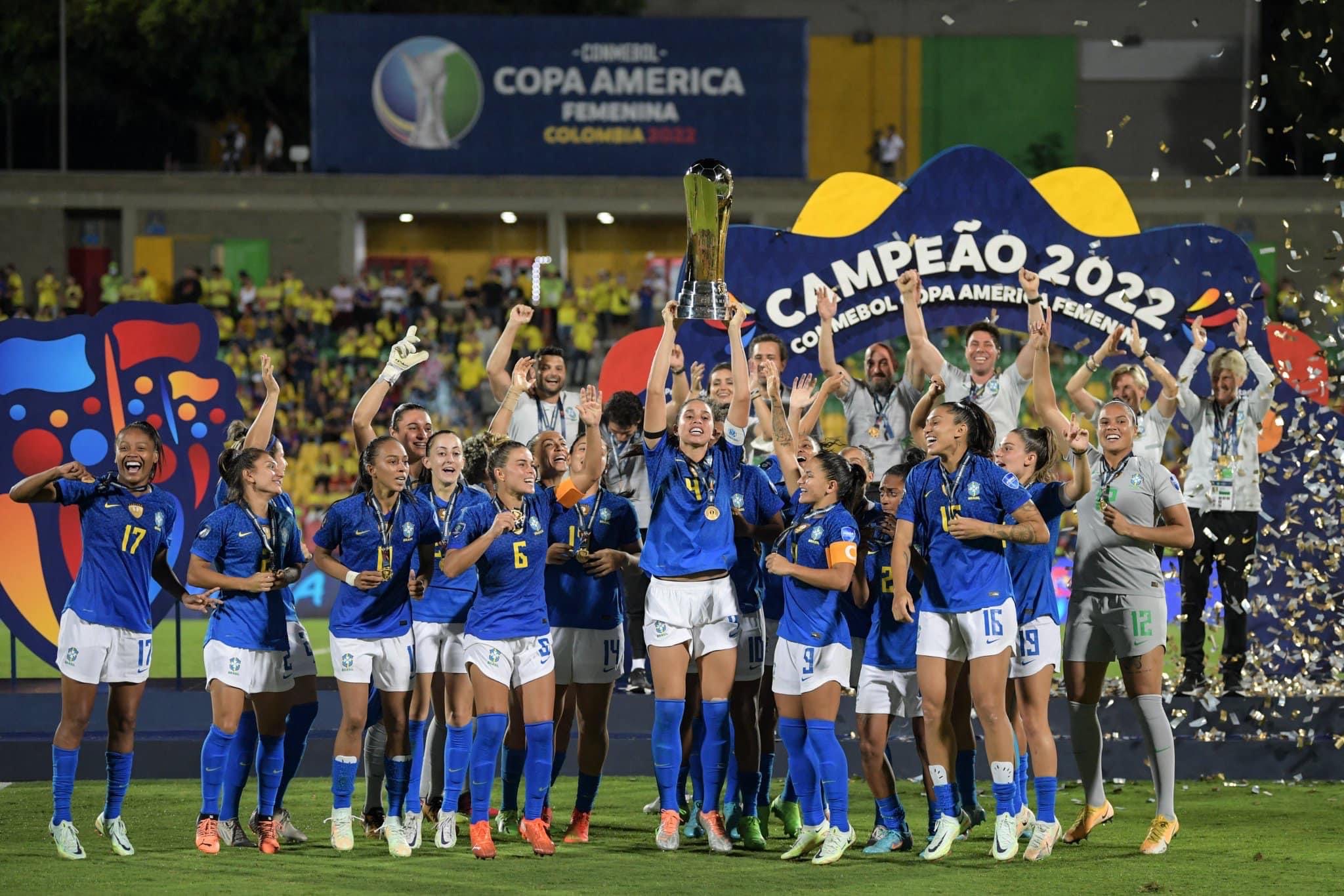 A penalty goal from forward Debinha (5 goals in the competition) was enough for Brazil will beat a struggling Colombia this Saturday 0-1 and thus lift their eighth title of the Copa América Femenina at the Alfonso López stadium in the Colombian city of Bucaramanga.

The unbeatable team led by Sweden’s Pia Sundhage finished the tournament with a six game win streak of the same amount disputed, in which he scored 20 goals and did not receive any. Brazil had to deal Colombian fans (20 000) that filled the sports arena with “Yes, we can” supported their team, who dreamed of winning the continental tournament for the first time in their history. From the first minutes the game was very close in midfield, Colombia had the creativity of Leicy Santos and the speed of Linda Caicedo to cause damage.But, although Brazil was not showing his best football, they opened the scoring at the 39th minute.when lateral Manuela Vanegas knocked down Debinha in the area, Debinha herself gave the 1-0 on the penalty to Brazil.

Picture : Beatriz (16) and Debinha scored 8 goals for Brazil in the competition !

After the break, two opportunities came to increase the advantage: one with a free kick by Bia Zaneratto and one with a counterattack of Debinha. Colombia began to react 20 minutes before the end and they approached Lorena’s goal with shots from Catalina Usme, Linda Caicedo and Leicy Santos. But it was not efficient so, the Argentine referee María Laura Fortunato whistled the end of the match and Brazil won their eighth Copa America title, which is added to those achieved in 1991, 1995, 1998, 2003, 2010, 2014 and 2018. Pia Sundhage became the first woman coach in the History to win the Copa America !