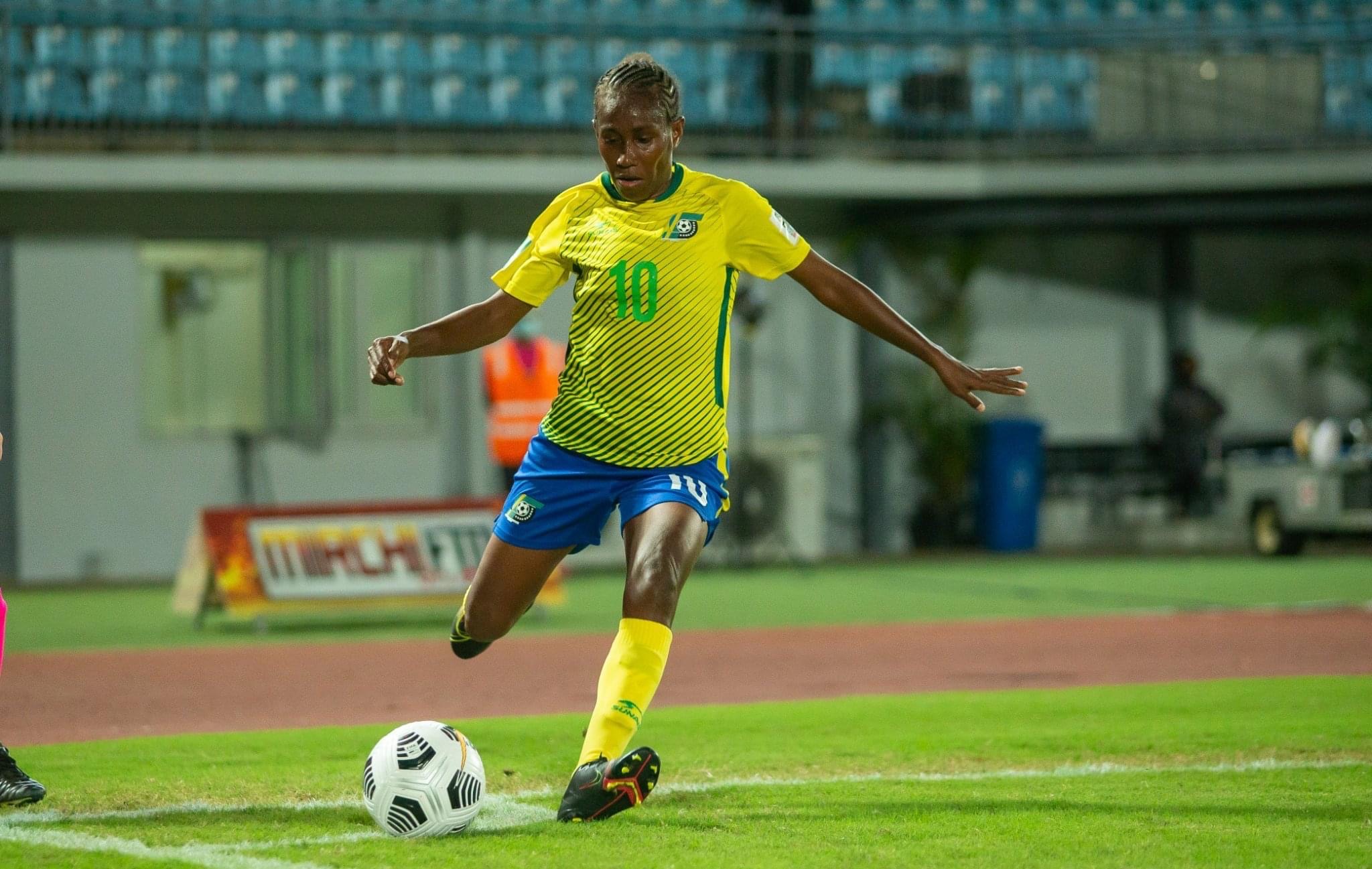 Host nation Fiji are through to the semi-finals of the OFC Women’s Nations Cup 2022 after overcoming a stubborn Cook Islands side in Suva, Fiji. Goals in either half from captain Sofi Diyalowai and vice-captain Luisa Tamanitoakula secured victory for the Kulas in front of an excited home crowd. First it was winger Trina Davis who saw her half-volley well saved by young Cook Islands goalkeeper Kimberly Uini. Then Cema Nasau’s strike was next, ricocheting off the post as Fiji piled on the pressure. Those two players scored in 2018 when Fiji won 3-0. Victoria Fatiaki then had the Cook Islands’ best chance of the opening periodbut the Cook Islands resolve was finally broken by the once again outstanding Diyalowai. The Fiji skipper played a swift one-two with her midfield partner Nasau before slotting the ball under the onrushing Uini to give Fiji a well-deserved lead. Fatiaki, again,  had the opportunity to equalise before the half but it was finally Tamanitoakula who scored ,like in the 2018 meeting between these two sides ! The vice-captain did so again, firing home the rebound after Uini had saved Adi Bakaniceva’s close-range attempt. Fiji will now face the winner of the other quarter-final Solomon Islands in the semi-finals on Wednesday, July 27 .

The Solomon Islands have reached the semi-finals of the OFC Women’s Nations Cup 2022 after grinding out a 1-0 win over Tahiti in Suva. Mary Maefiti’s moment of magic was all that separated the two nations as the Solomon Islands set up a semi-final clash with Fiji. It took a moment to break the deadlock with Maefiti the provider. The Solomon Islands midfielder danced away before clipping a shot from the edge of the box over the Tahiti goalkeeper Camille Andre to send the Solomons in celebration !Maefiti had the most chances in the game to score twice and Tahiti were gifted the opportunity to equalise also some times. But nothing happened until the end.  The result for Solomon Islands is all the more impressive considering their place as the tournament’s second-lowest ranked nation at 120 in the world when the competition began.  They will now face host nation Fiji in the semi-finals on Wednesday, July 27, with Samoa and Papua New Guinea completing the final four.