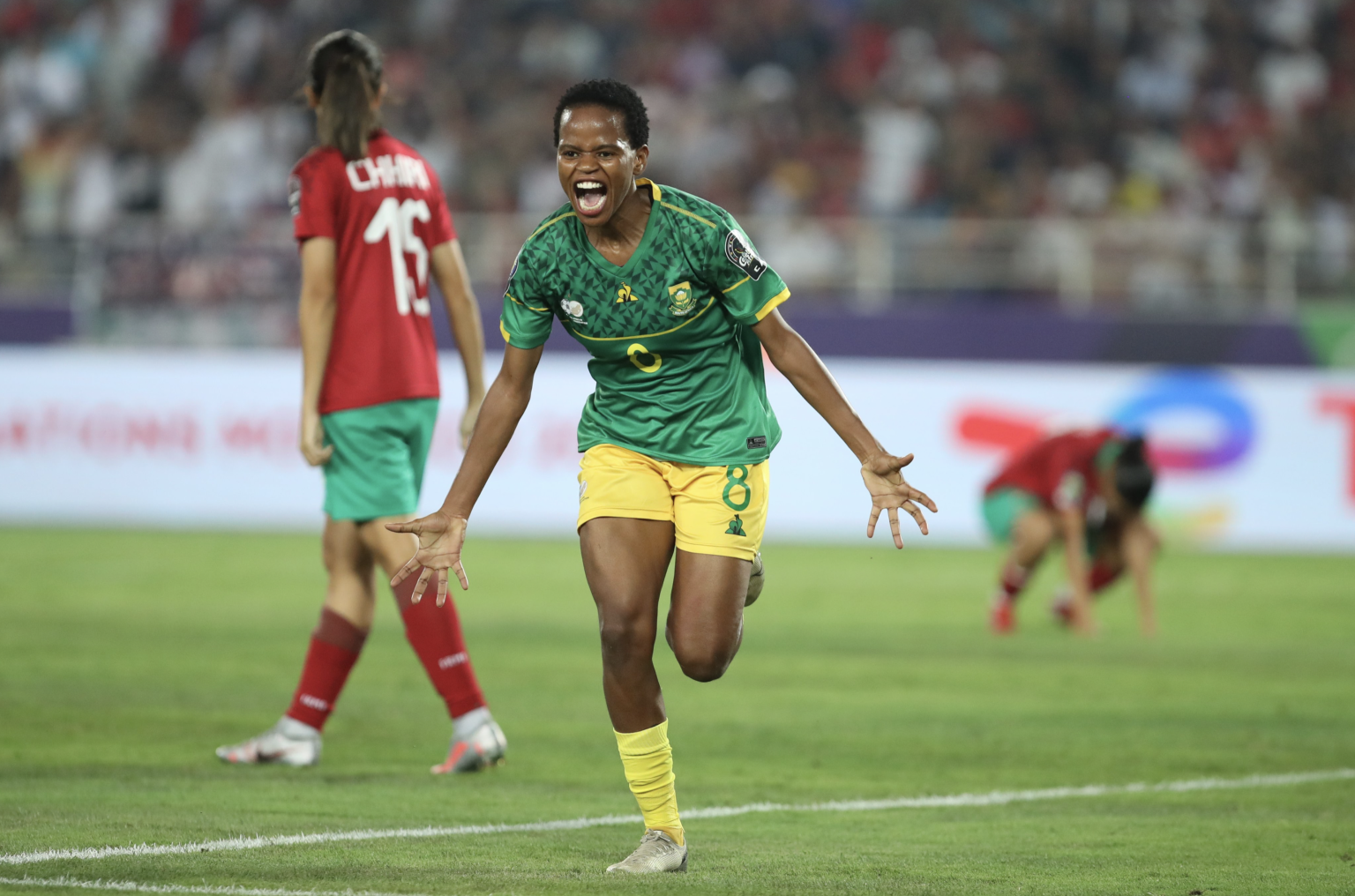 It was long in coming but hard work, determination and patience paid off in the end.

In front of obviously a record capacity crowd at a WAFCON game, the 14th TotalEnergies Women’s Africa Cup of Nations Morocco 2022 final game lived to its billing. South Africa and Morocco demonstrated the ethical values of the African game as they fought each other to a standstill during the first half. It took less than 20 minutes into resumption for the Banyana Banyana to break the deadlock. Jermaine Seoposenwa outran Yasmin Mrabet from the flank to provide the assist for Hildah Magaia to find the net in the 63rd minute. Thereafter the stakes were heightened for the Atlas Lionesses but nothing productive came their way. 8 minutes on, Karabo Dhlamini served a through ball for Magaia to make it a brace on the night. South Africa then curiously settled for nonchalant play allowing Morocco to bounce back. Substitute Ibtissam Jraidi found Fatima Tagnaout who provided the assist for Rosella Ayane to reduce tally in the 80th minute. The stadium came back to life as the game itself totally metamorphosed. But the rest of it, including 9 minutes of stoppage time did not alter the scores. South Africa therefore won their first WAFCON title in 6 final appearances.