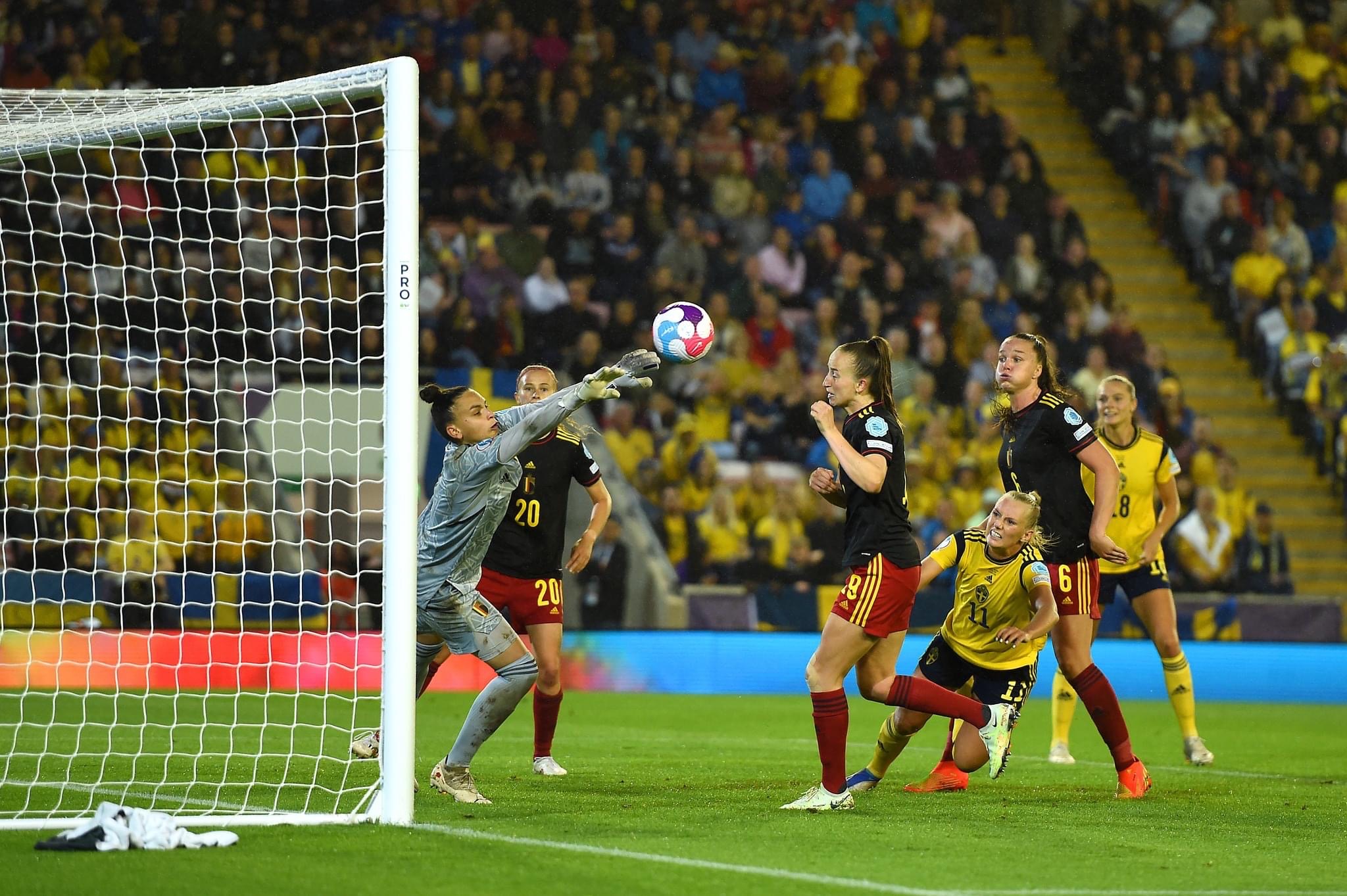 It was the extra tima when Linda Sembrant’s winning goal broke Belgian hearts as Sweden set up a Euro 2022 semi-final with hosts England. The Olympic silver medallists were favourites to progress against Belgium playing in their first ever knockout game at a major women’s tournament. However, the number two ranked side in the world were frustrated by Belgium goalkeeper Nicky Evrard, poor finishing and a controversial VAR review for 92 minutes. Sweden still dominated from start to finish with 34 attempts to Belgium’s three. The Manchester City midfielder, Filippa Angeldal, who scored twice in Sweden’s 5-0 win over Portugal in their final group game, forced Evrard into the first of a series of saves

Sweden thought they had made the most important on 26 minutes when Stina Blackstenius coolly slotted past Evrard from Kosovare Asllani’s through ball. But the VAR review said offside ! Sweden struggled to break through the solidity of Belgian defence. After a Blackstenius header saved by the great Evrard, named Player of the Match, the Gent goalkeeper was even equal to Nathalie Bjorn’s effort in the final minute of stoppage time, but the rebound fell kindly for Sembrant to smash the rebound home and let Sweden celebrate her qualification for the semi final against England.