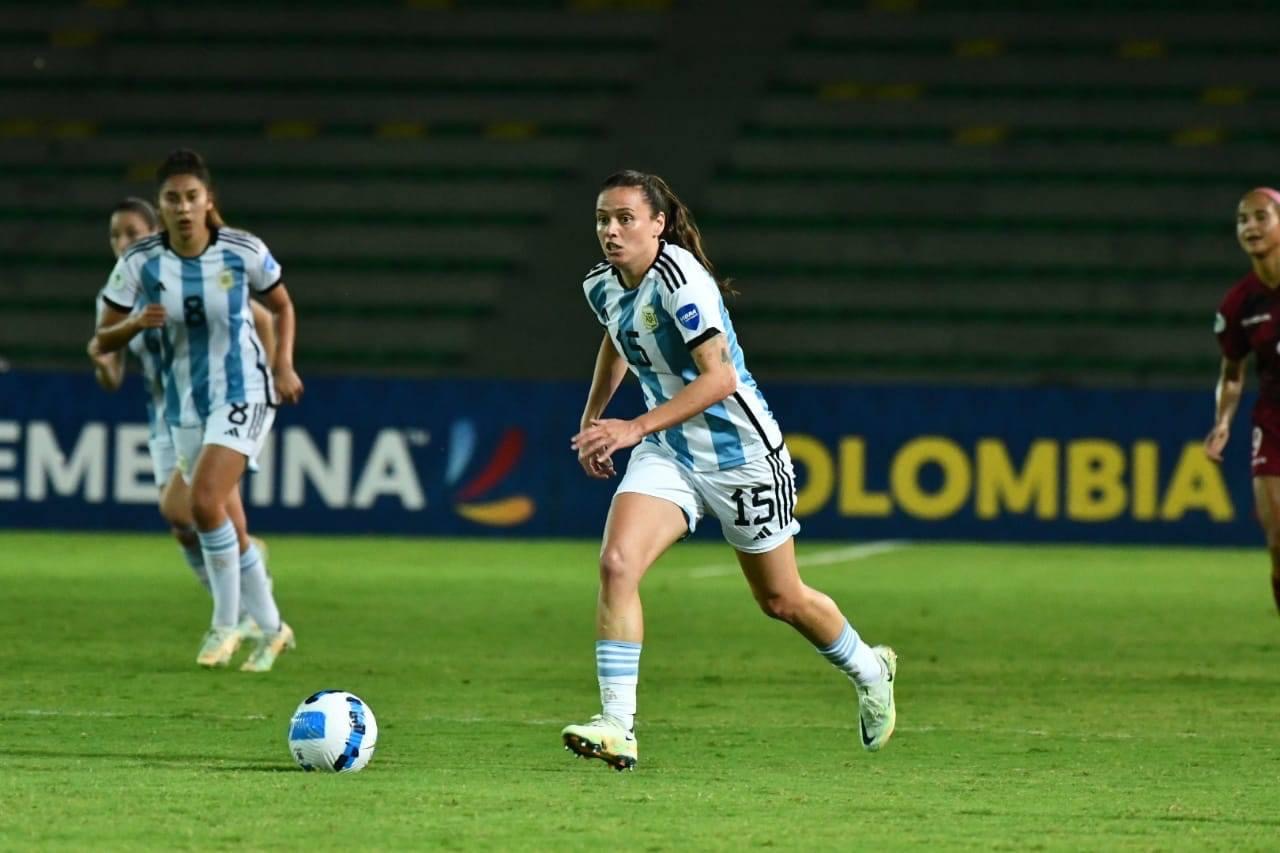 Picture : Florencia Bonsegundo scored the only goal of the game for Argentina.

BRAZIL AND ARGENTINA IN SEMI-FINAL

Brazil added one other victory in the Women’s Copa America. Already certified for the semi-finals, Brazil defeated Peru 6-0 at this time on the Estádio Olímpico Pascual Guerrero, in Cali (COL), for the fifth and last game of the group stage. Remaining on the sector, Brazil scored 4 objectives in the primary leg, with Duda Francellino, Duda Sampaio, Geis and Duda Santos. In the second half, Fe Palermo and Adriana closed the scoring. The Brazilian workforce will face Paraguay subsequent Tuesday, at 21:00 (Brazil time), for the primary knockout in the event of nationwide groups. In addition to the Copa America title, Brazil is looking for one among two spots for the 2024 Paris Olympics. The competitors may also give three spots for the 2023 World Cup, which will likely be held in New Zealand.

The Argentine team beat Venezuela 1-0 for date 4 of Group B of the women’s Copa América that is played in Colombia and qualified for the semifinals in which it will face the local team this Monday. For now, they have secured a spot in the playoffs for a World Cup spot.

Venezuela, in need of a win to access the semis, kept control of the ball but did not achieve depth in the final meters. So they left spaces and the national team took advantage of the gaps to start building risk actions. Mariana Larroquette showed off her talent , so as Florencia Bonsegundo and Deyna Castellanos on the other Side. Argentina was the most efficient with the goal of Florencia Bonsegundo  (63rd minute), the only of the game and the ticket for the semi final.