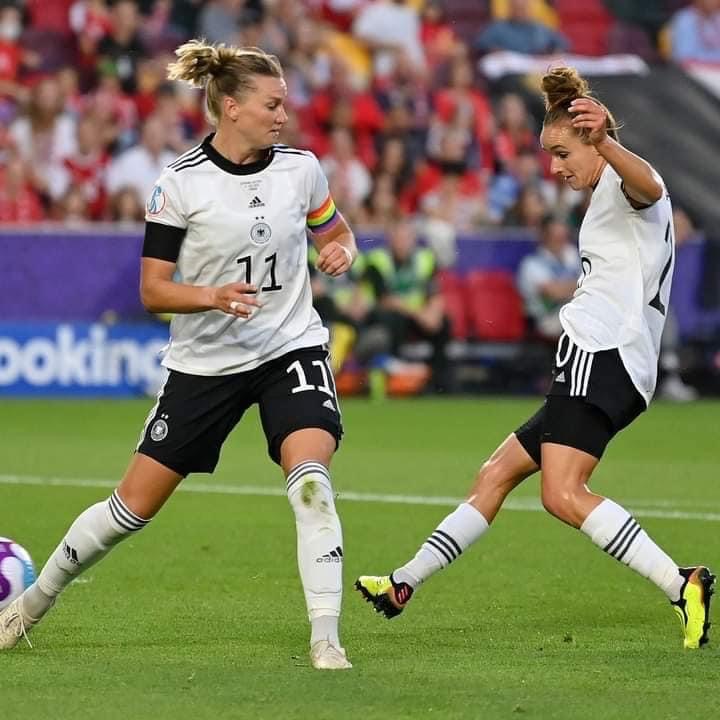 They are back ! After five difficult years, Germany remain on course for a ninth women's European Championship title but were made to work hard for a 2-0 win over Austria to reach the semi-finals of Euro 2022 on Thursday. Austria hit the woodwork three times in London, but goals from Lina Magull and Alexandra Popp sent the Germans through to meet France or the Netherlands in the semi-finals.

Austria started strongly as Julia Hickelsberger-Fuller fired too close to Merle Frohms before Marina Georgieva headed off the post from a corner. Germany were struggling to find the attacking verve that saw them score nine goals without reply in the group stage. But one error from the Austrian defence was enough for Germany ! Klara Buhl sped down the left wing and her cross was calmly slotted into the far corner by Magull for her second goal of the tournament.

Five years ago, Austria upset the odds to reach the semi-finals in their only previous major tournament at Euro 2017.And they could have matched that achievement with more luck in the second half. Barbara Dunst and Sarah Puntigam found the inside of the post ! But Giulia Gwinn and Klara Buhl were so unlucky for Germany finding the crossbar ! After a last chance for Buhl  Popp's press caught Zinsberger out as her clearance rebounded off the Wolfsburg striker into the net and scoring the 2-0 for Germany.