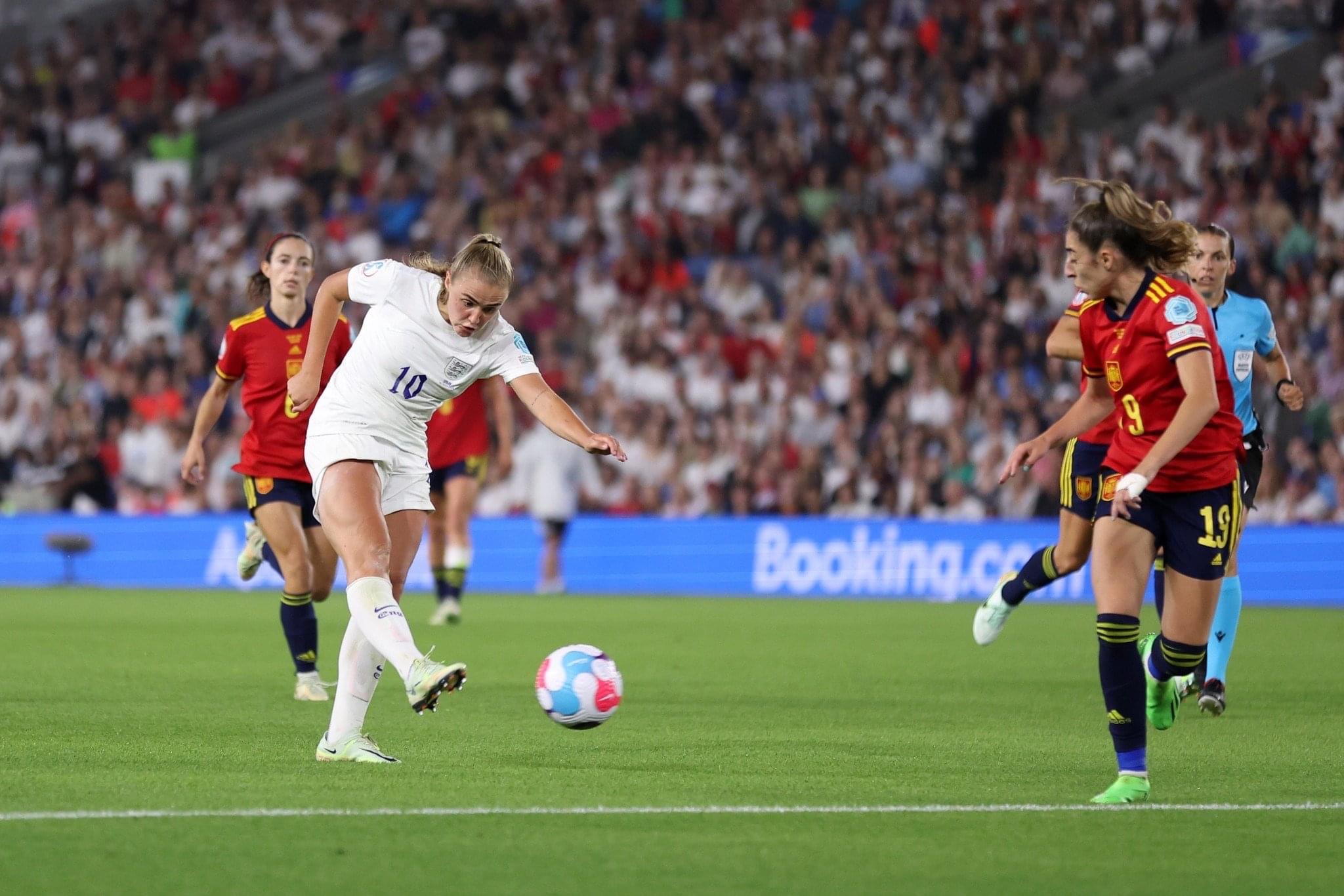 It was the game that all expect with great opposition before a crowd of 28994 spectators ! Georgia Stanway scored an extra-time winner to sign a 2-1 comeback win for England over Spain and send her team to the semifinals of the Women's European Championship. With the score 1-1 after 90 minutes, Spain left Stanway with space to hit a powerful drive from outside the penalty area which flew past leaping goalkeeper Sandra Paños' outstretched hand. After a first half with few clear chances, Esther González gave Spain the lead in the 54th minute off a smart pass from Athenea Del Castillo. England coach Sarina Wiegman, back in the stadium after a positive COVID-19 test, shook things up by substituting out Ellen White and Beth Mead, who had scored seven goals between them in the group stage, then fellow regular Fran Kirby soon after. She was awarded in the 84th when two substitutes , two players of Manchester United, combined to level the score, Alessia Russo heading a cross on for Emma Toone to volley in (picture down) . Then came the moment of Georgia Stanway in the extra time …

England will play either Sweden or Belgium on Tuesday in its sixth appearance in the semifinals. England has never won the European title and is now the favorite of the competition at home.Spain, which had to play the tournament without injured Ballon d’Or winner Alexia Putellas, and Jennifer Hermoso, IFFHS World’s Best Goalscorer 2021, missed the chance to reach the semifinals for the first time in 25 years.