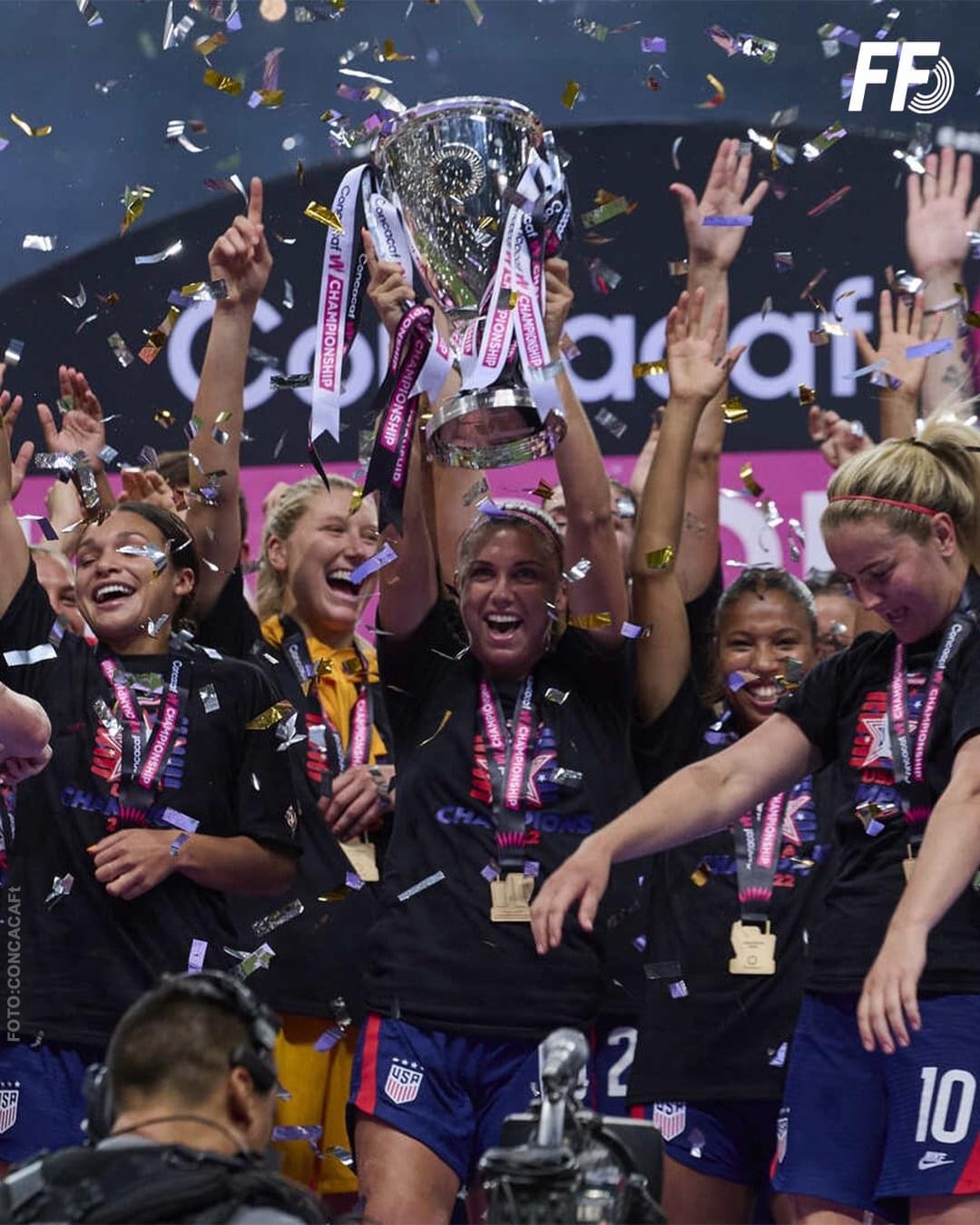 USA CHAMPION AND QUALIFIED FOR OLYMPICS 2024

The United States Women’s National Team overcame Canada to win the 2022 CONCACAF W title and qualify for the 2024 Paris Olympics. Alex Morgan managed to score the only goal of the game in the 78th minute from the penalty spot to beat the Olympics winner 1-0 and avenge their upset loss in last year’s Olympics semi-finals. Despite being unbeaten against Canada in their nine previous encounters at CONCACAF finals, the USA failed to convert their domination into goals as the game went deep into the second half.

But before extra time was needed to settle the debate, the US won the penalty when Canada’s Allysha Chapman fouled Rose Lavelle. Morgan stepped up to take the spot kick and sent her club teammate Kailen Sheridan the wrong way to score what turned out to be the decisive goal. It was Morgan’s 118th international goal for the USWNT. Americans captured their successive CONCACAF crown as a result while booking a place to the Olympics in Paris. Canada still has a chance of being one of the two CONCACAF representatives in Paris as they will face Jamaica next year in a playoff to determine the second slot. Jamaica has beaten Costa Rica 1-0 for the third place of the tournament, a goal of Kalyssa van Zanten.