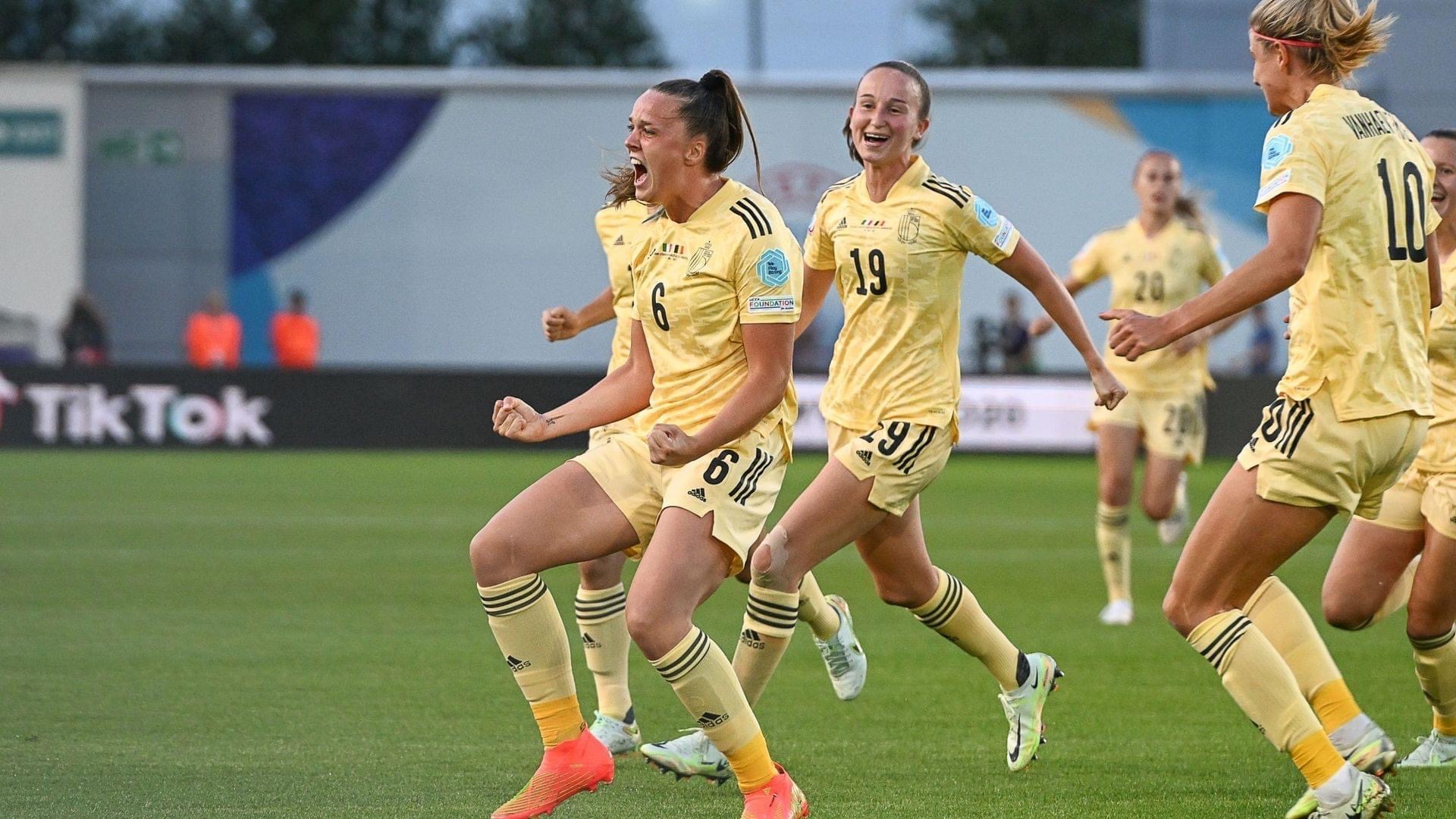 France saw their perfect Euro 2022 record end in a 1-1 draw with Iceland, while Belgium beat Italy 1-0 to complete the quarter-final line-up. Wendie renard's teammates are still through to the last eight as Group D winners, but missed the chance to go three wins from three in Rotherham on Monday. Despite the loss of Marie-Antoinette Katoto to a knee injury, France seized a swift lead in the opening minute through Melvine Malard (picture). That gave Iceland hope to move into the last eight, but Dagny Brynjarsdottir's 102nd-minute penalty - after a lengthy VAR deliberation - proved to be not enough and too late.

It was Belgium who advanced in Manchester thanks to a Tine De Caigny finish shortly after the half time, which sends them into the quarter-finals of a major tournament for the first time in their history.They will make the short trip to Leigh, where they will face much-fancied Sweden on Friday, with France in Rotherham once again to do battle with the Netherlands on Saturday.