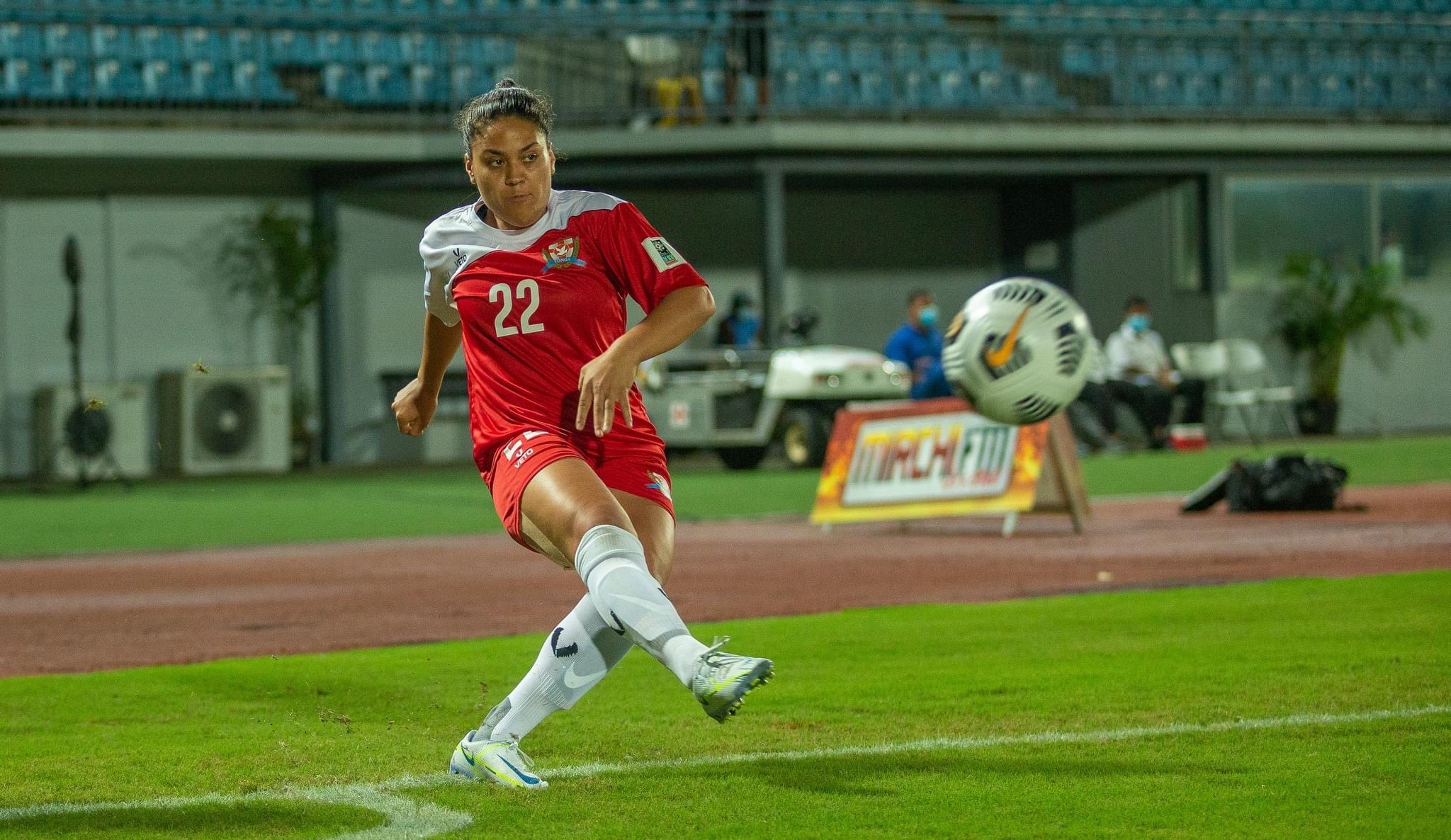 Picture : Toukase Kaufusi and Tonga save the draw !

It was a great effort from Kiana Swift which allowed Tonga a 1-1 draw against the Cook Islands in their Group A encounter of the OFC Women’s Nations Cup at the HFC Stadium in Suva, Fiji. Lyric Davison’s goal early in the second-half and 15-year-old goalkeeper Kimberly Uini’s first-half penalty save had previously looked like earning the Cook Islands a win in their first game of the competition. However, Swift’s moment of magic means the points were shared. The perfect chance to open the scoring from the penalty spot after Teretia Teinaki brought down Jasmine Loto’aniu in the box was given but Daviana Vaka was denied by teenage stopper Uini, who was just 11-years-old when the teams met four years ago ! A similar chance then fell Tonga’s way, this time Loto’aniu could not find the empty net.

Early in the second period and Uini’s first-half heroics were rewarded as Davison punished Tonga’s inability to clear a short corner routine, her powerful deflected shot cannoning in off the underside of the crossbar for 1-0.With Tonga staring at an uncertain future in the competition they went chasing the game and it soon paid off when Swift’s powerful long-range strike finally got the better of Uini in the Cook Islands goal.Both teams had chances to win the game late on, but neither side could find the crucial winning goal.