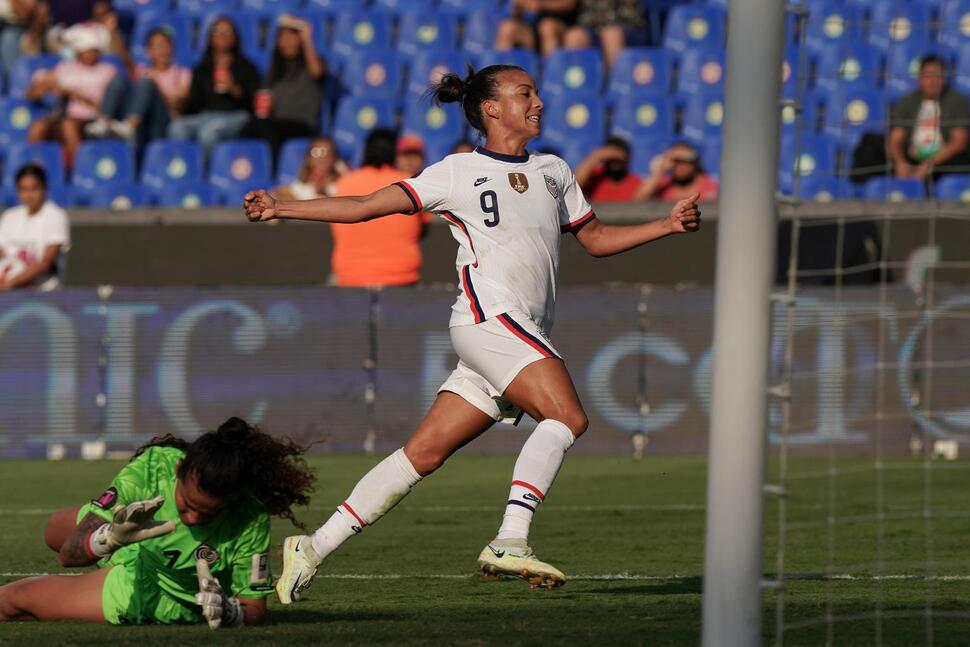 USA beat Costa Rica 3-0 in the semifinals Thursday night on goals from Emily Sonnett, Mallory Pugh and Ashley Sanchez. Canada downed Jamaica 3-0 in the late game to advance to earn the other spot Monday night in the championship. The four teams had already qualified for the region's berths at the 2023 Women's World Cup as the top finishers in the group stage. The winner of the W Championship additionally earns one of the region’s spots in the Olympics.

The U.S. team extended its shutout streak in World Cup or Olympic qualifying matches to 32 games. Alex Morgan had the team's best chances early on. One of her opportunities, a left-footed shot, went wide left in the 13th minute. Defender Emily Sonnett broke through with her first international goal in the 33rd minute. Mallory Pugh scored her first goal of the tournament in first-half stoppage time — with a backheel assist from Rose Lavelle — to give the United States a 2-0 lead at the break. It was Ashley Sanchez who capped the victory with her goal in stoppage time.

Jessie Fleming (Picture up) scored for Canada in the 18th minute of the late game at Estadio Universitario. The conditions were muggy, with temperatures in the mid-90s at the start of the night. Allysha Chapman added a goal on a header in the 64th minute. It was her first international goal since 2015. Adriana Leon scored in the 76th. In addition to the four direct berths in the World Cup, the third-place finishers in the two groups at the W Championship, Panama and Haiti, advanced to an intercontinental playoff in February in New Zealand.