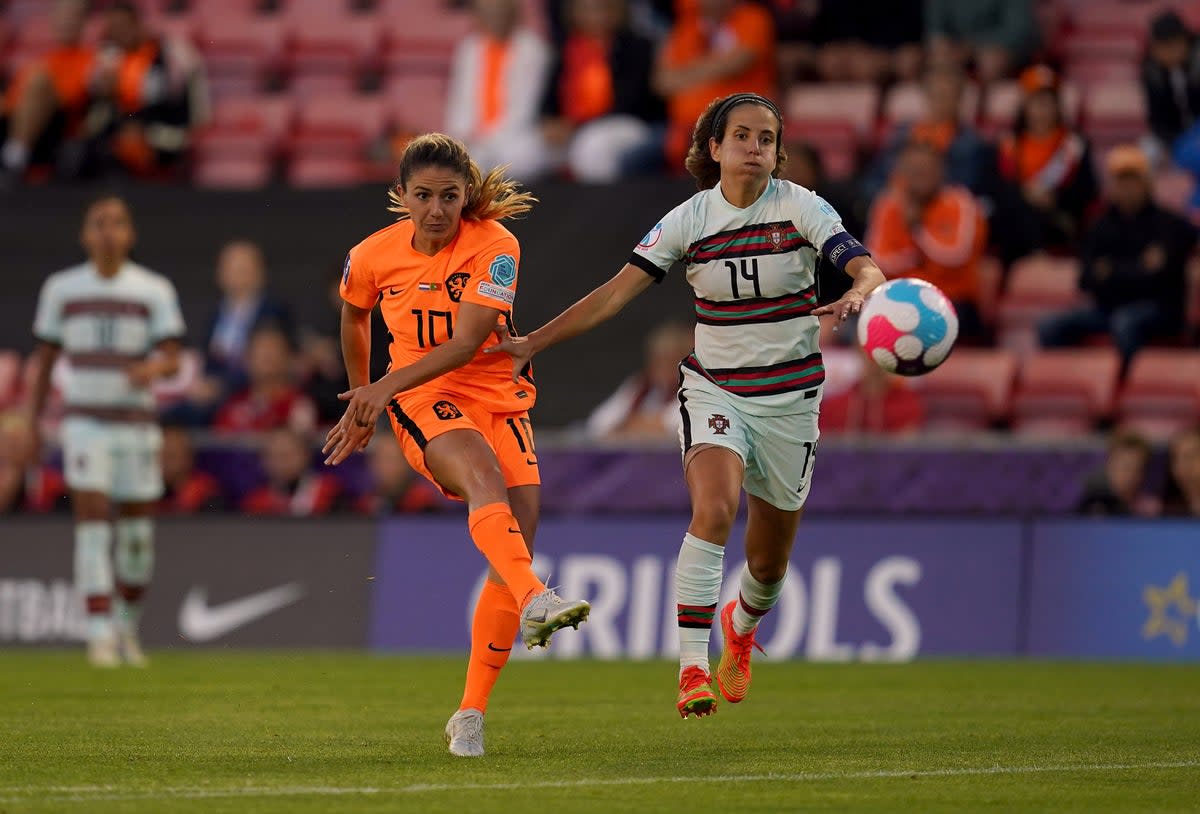 SWEDEN AND NETHERLANDS ON THE TOP

Sweden needed a late winner from substitute Hanna Bennison to close in on a place in the Euro 2022 quarter-finals with a 2-1 win over Switzerland in Sheffield on Wednesday. After a 1-1 draw to open their campaign against defending champions the Netherlands, the Olympic silver medallists were expected to roll over a Swiss side ranked 20th in the world. Switzerland's preparations had also been rocked by a sickness bug in the camp. But they frustrated the Swedes for 53 minutes at Bramall Lane before Barcelona's Fridolina Rolfo finished off an excellent team move. Switzerland hit back within two minutes through a fine finish by Paris Saint-Germain's Ramona Bachmann.

Peter Gerhardsson was forced to turn to his bench for inspiration and it was one of his subs, Hanna Bennison (picture down) , IFFHS World’s Best Youth Player 2021, who scored the winner, with her first international goal 11 minutes from time.

A stunning strike from Daniëlle van de Donk saw The Netherlands beat Portugal 3-2 in a gripping Group C clash at the UEFA Women’s Euro 2022. Van de Donk found the top corner with a powerful shot from the edge of the area midway through the second half as the defending champions managed to overcome Portugal at the Leigh Sports Village in England.Portugal came from 2-0 down to draw level as they battled hard but were unable to register their first victory. The Netherlands opened the scoring on seven minutes when Damaris Egurrola headed home from a corner. Stefanie van der Gragt nodded in another to double The Netherlands’ advantage on 16 minutes as they looked in cruise control but Portugal rallied. Portugal earned a penalty on 36 minutes and Carole Costa then stepped up to score from the spot, giving Portugal hope of a comeback heading into the half-time interval. It was quicky that Silva headed in a cross of Costa and scored the 2-2. Like the match against Switzerland, Portugal came back with a remarkable game ! The dutch team without Vivianne Miedema and Jackie Groenen, because of covid, need then the fantastic goal of captain Van de Donk to win the match !