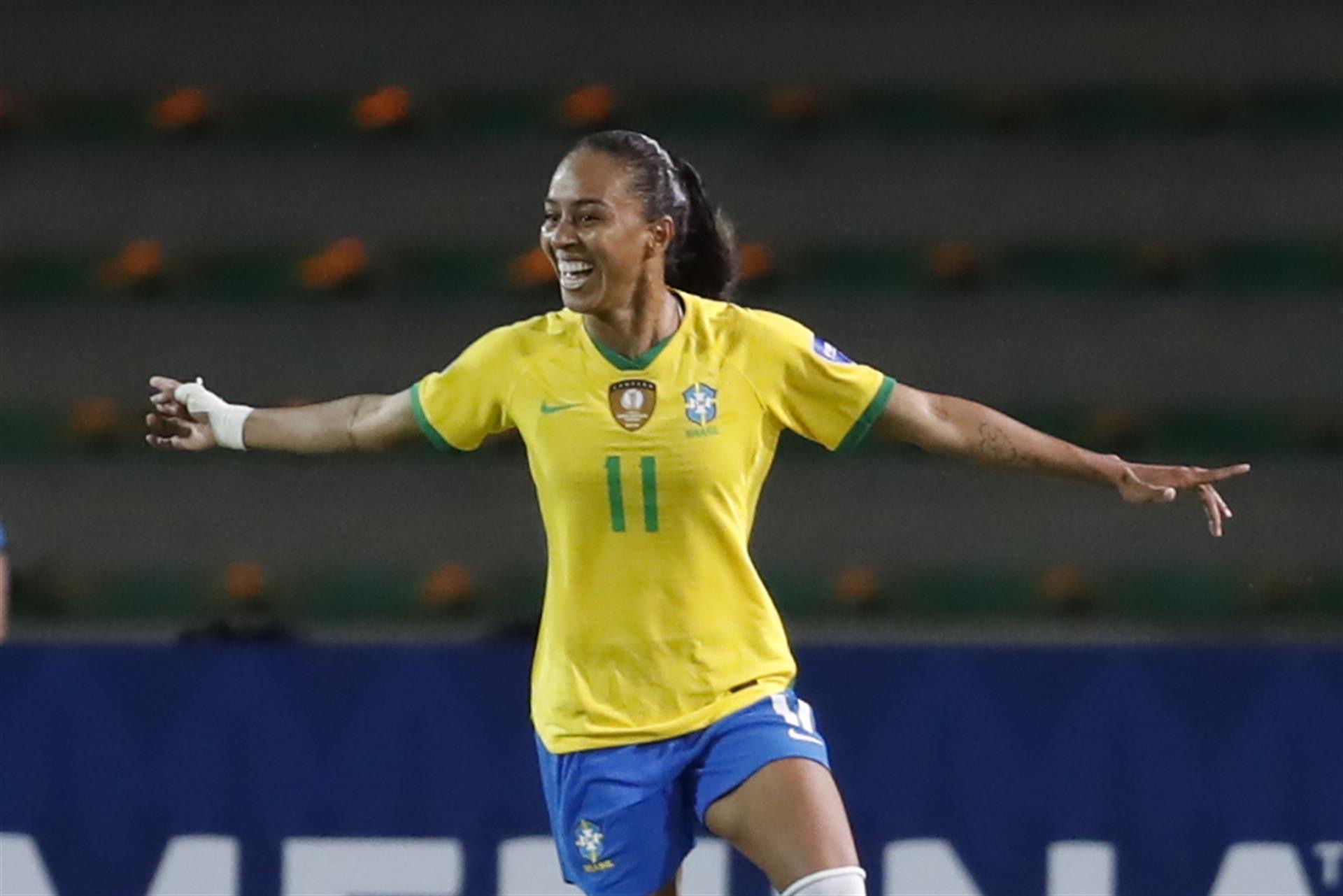 The Brazilian team achieved its second consecutive victory in the Copa América Femenina on Tuesday by defeating Uruguay comfortably, with Adriana’s brace, 0-3 at the Centenario stadium in Armenia. With this result, Canarinha reaffirms itself in the first place of Group B with six points in two outings, followed by Venezuela with three . In Tuesday’s game, the Gordian knot for Brazil was untied by their forwards; Adriana who capitalized at 32 minutes a drop from her partner Tamires. And 13 minutes later Debinha also defeated Sofía Olivera, who despite receiving those goals had a good job saving other shots with a goal seal. As soon as the teams settled down for the second half when Brazil made it 3-0 thanks to a drop that Adriana finely defined after a pass from Debinha.

Argentina beat Peru 4-0 and secured their first victory in the disputed Women's America's Cup in Colombia. Estefania Banini (picture up) was the best footballer in the Albiceleste, with her clarity, her dribbling and her assists in two of the goals. In the Centenary Stadium of Armenia, Argentina was superior to his rival and recovered after the beating suffered against Brazil. The Argentine team started better and showed their credentials in the left sector of their attack. Argentina's first three goals in which Estefanía Banini played a role. In the first with a gambeta and assist and in the third he gave up in luxury with a first class touch. The Atlético Madrid midfielder was the star of the Albiceleste's first victory in the Women's Copa América.